The Earth Beneath Your Feet Unfolding Before Your Eyes

If you are looking for some extra help in understanding what is going on in class than you have come to the right spot. This page contains content and links designed to assist learning the material covered in lecture. Explore content, video, and links to help further your understanding.

Minerals are naturally occurring, inorganic, crystalline solids, with definite atomic structure and definable chemical compositions. Over 4000 minerals have been identified and more are found everyday. Minerals are created and destroyed in a variety of ways. Whether you know it or not each person has interacted with minerals. From the diamonds in you earrings to the graphite in your pencil. The ice outside and even the components of your cell phone came from the earth. Came from minerals.

For more information on minerals click on any of the images above.

A physical property of minerals is hardness, which is the minerals resistance to being scratched. 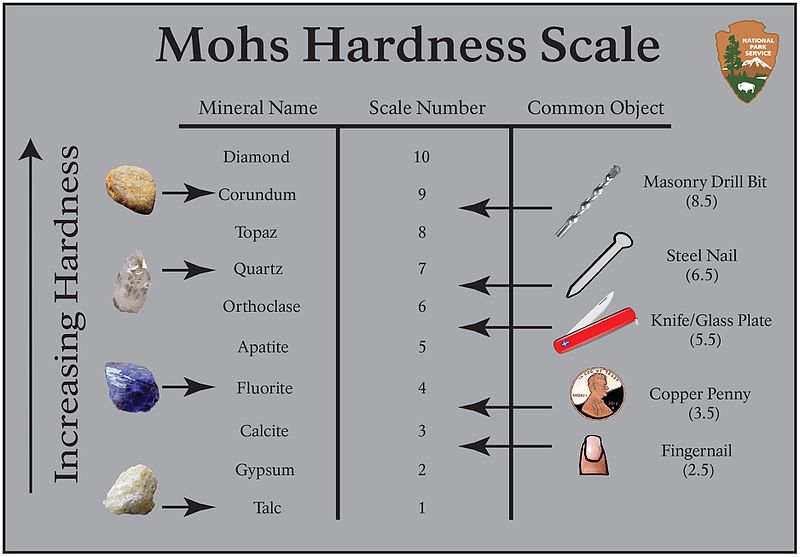 A big thanks to a local Girl Scout troop for making me aware of the hardness scale for metals.

Igneous, sedimentary, and metamorphic. These three types encompass all of the rocks on our planet. The interconnections between each of these is what shapes the natural world around us. Come explore the vast intricacies of the rock cycle. 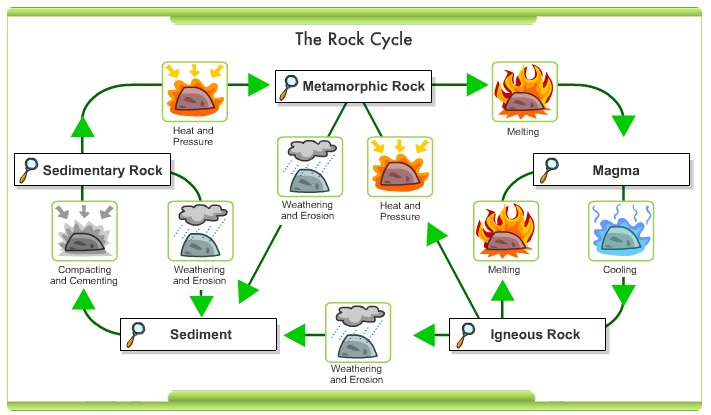 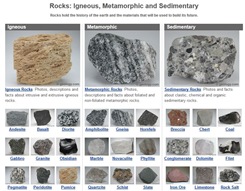 Volcanoes are a devastating and awe inspiring spectacle of nature. California is home to over 20 volcanoes. Many of which have erupted quite explosively in relatively recent geologic time. How Volcanoes Work is a great informative site and for the latest eruptions in North America check out the Volcano Hazards Program.

Did you know that each year southern California has around 10,000 earthquakes? While the majority of these are not strong enough to cause damage (or even be felt for that matter)  large earthquakes such as the 7.3 magnitude on that struck Nepal (2015) and the 7.0 magnitude the devastated Haiti (2010) are possible in our area. Palomar campus is just over 70 miles from the San Andreas fault. Off of which splay many smaller faults. Some might even go through your neighborhood. Like to know more about earthquakes in southern California? Then follow the ling to the Southern California Earthquake Data Center. You can see where the latest earthquakes occurred all over the planet by visiting the USGS Earthquake Hazard Program.