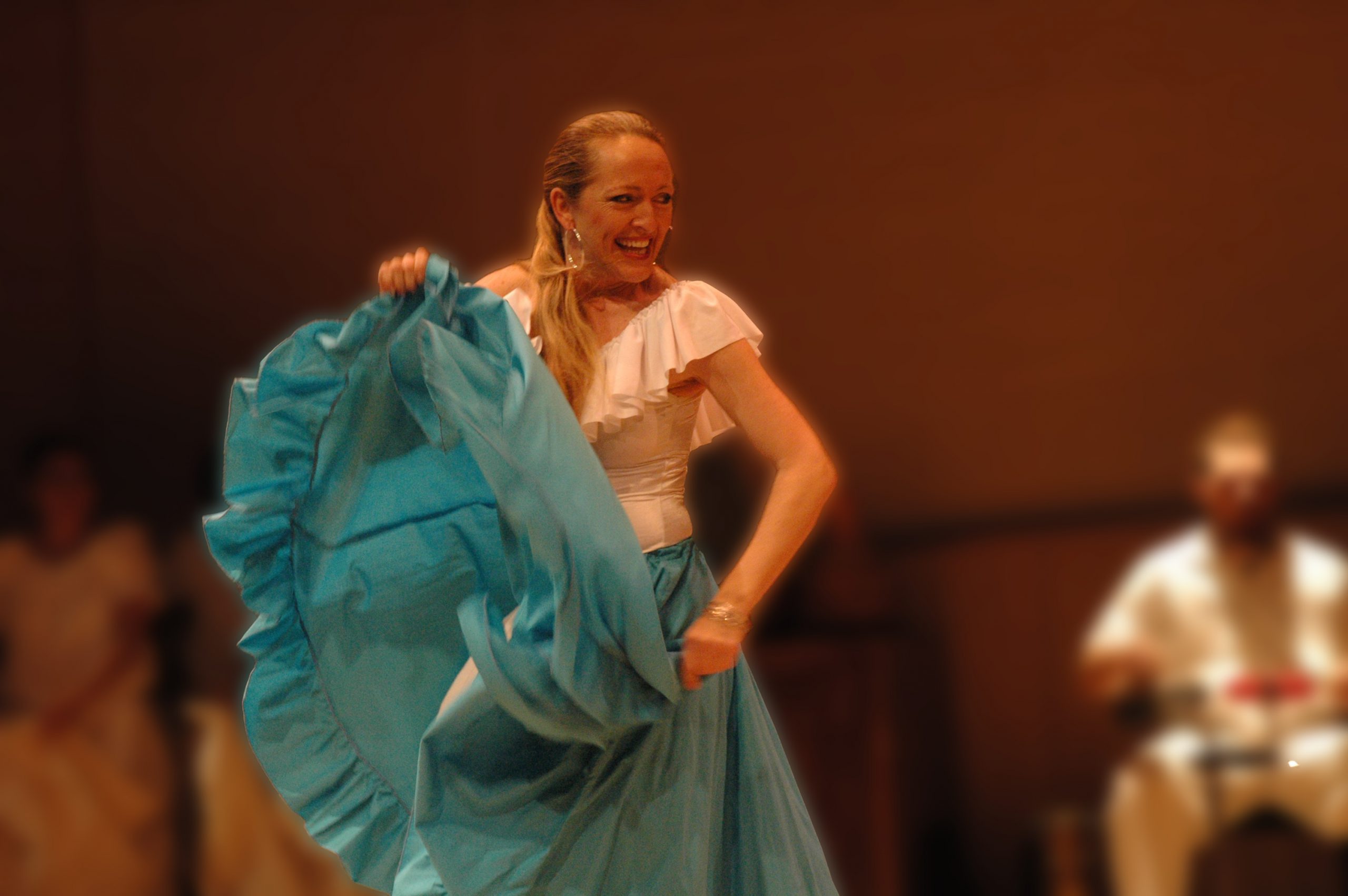 Patriceann Mead, Chair of Performing Arts as of Summer 2014, joined the Palomar College Performing Arts Department faculty in 1997 as a fulltime professor. She has enjoyed a flourishing career as a performer, choreographer, artistic director and educator. She has had a unique and diverse education and dance training, an interdisciplinary and multicultural approach to teaching; as well as an extensive choreography and performance background. Before coming to Palomar, Patriceann attended the State University of New York at Brockport where she earned three degrees: a Bachelors of Science in Dance, a Masters of Arts, and a Masters of Fine Arts. She also served as a graduate assistant as well as becoming the recipient for the Pylyshenko-Strasser Graduate Dance Award for outstanding work in both written scholarship and performance. Later, Patriceann was offered two guest residencies: a two month residency at The University of Iowa and a six-week residency at the Edna Manley College of Visual and Performing Arts in Kingston, Jamaica. During her undergraduate and graduate academic career, she also enjoyed a thriving performing career. She danced with Agroma, an African Dance Ensemble directed by Professor Alber Opoku from the University of Ghana. She also danced with two Afro-Brazilian Dance Ensembles: Sankofa and Alafiagia, both directed by Clyde Morgan and Khalid Saleem. And, most noteworthy as an undergraduate, she danced with the internationally acclaimed dance legend, Garth Fagan.

Patriceann started her own company in 1990: The Minzeko Drum and Dance Ensemble. She was the artistic director and choreographer for the company from 1990-1997.

She began studying Afro-Cuban dance with Juan Carlos from 1997-2001. She has also studied with Teresita Dance Perez and Susana Arennas Pedrosa. Patriceann was brought from New York to Palomar for multiple reasons: to establish a world dance program, develop new curriculum, create a world dance outreach program, choreograph and perform new work, direct student and faculty dance productions, and teach core classes for our Associates Degrees/Certificates in Dance. She is the founder and artistic director of the resident Afro-Cuban/Brazilian drum and dance ensemble Agogo, formally known as the Palomar Drum and Dance Ensemble. Agogo is a facet of the Palomar outreach program which presents diverse programs for community events, festivals, local high schools, the Palomar dance season, and as featured entertainment at Palomar Foundation fundraisers, and featured entertainment for the Noche Havana Events. She is also performing, collaborating, and team teaching with Cuban artist Silfredo La O Vigo, whom she brought to the world program and to the company in 2006, as the new music director for Agogo. Following the eight-year tenure, of founding musical director and San Diego legend, Mark Lamson. 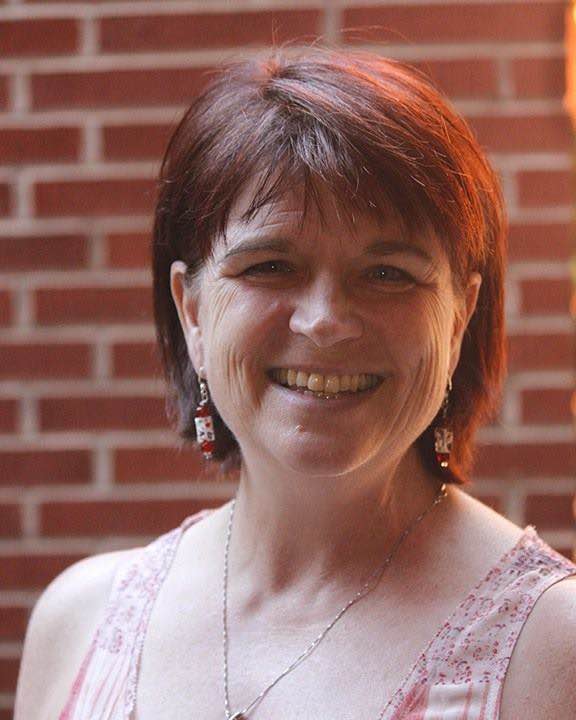 Molly Faulkner is a Professor of Dance at Palomar College in San Marcos California where she teaches all levels of ballet and pointe, choreography and other core curriculum dance courses and directs the Palomar College Contemporary Dance Ensemble. She has her Ph.D. from Texas Woman’s University, her Master of Fine Arts from the University of Iowa, and her Bachelor of Fine Arts. from the University of Arizona. She has danced professionally with Ballet Arizona, Arizona Dance Theatre, Empire State Ballet, Tokyo Disneyland, and was the Muppet Grover on an International Tour of Sesame St. Live. Ms. Faulkner and collaborator Julia Gleich’s chapter “Dancing into the Margins: Karole Armitage, Bronislava Nijinska and Their Philosophies of (A Contemporary) Ballet” is included in the Oxford Handbook for Contemporary Ballet. She and Ms. Gleich’s article “Should there be a Female ballet canon: Seven radical acts of inclusion” is published with Excite books in the anthology “ReClaiming Ballet”. Their current research is on integrity in ballet education.

Dawn Cheek started as an apprentice at the tender age of 12 teaching tap, jazz, and Polynesian dances. As the years went by, she decided to focus on her first love, Polynesian dance, and studied under Valerie Sills, Liz Kahaleponi Edwards, and Nia Souie. Her performing groups have appeared on national television and are often featured at local events. One such group, the Tiki Hut Dancers, was a predominant force in the Polynesian Dance scene in Southern California during the 70s and 80s. Her current group, Tipanie O Patitifa, won a major event in Los Angeles and currently entertains throughout Southern California.

Valerie Clark has had a long dance career. She has performed in numerous concert tours, television shows and specials, and regional theater productions throughout the years. She has taught many types of dance for the past 40 years including tap, jazz, ballet, hip-hop, musical theater, tahitian/hawaiian and ballroom. She has received various awards for her choreography and has taught master classes and workshops all over the US and Europe. Valerie started her training very young and began dancing professionally very early. She was a student of Joe Tremaine and Stephen Peck for jazz, Fred Strickler, Lynn Dally, Sam Weber and Brenda Bufalino and many more for tap, and many others for Ballroom. She attended Utah State University, UC Riverside and Arizona State University where she received her Bachelors and Masters degrees. She was trained in Cecchetti and RAD methods and received her Royal Academy of Ballet teaching certification. She is currently a member of the Professional Dancer’s Society and a former member of the California Rhythm Project Dance Company. She is currently the coordinator for the Palomar Dance Department Outreach program which has presented numerous programs for local high schools. She has helped many new teachers over the years by developing a training program for tap educators.
Her goal is to pass on her love and knowledge of dance to her students and to future generations.

Sue Gilson has professional credits in jazz, Polynesian, and tap dance from performances in the Los Angeles area. She began choreographing musicals for the Palomar College Theatre in 1975 including Cabaret, Can Can, Fiddler on the Roof, West Side Story (1981 and again in 1999), Sweeney Todd, The Merry Widow, Quilters, and Little Shop of Horrors. Her choreography for Palomar’s 50th Anniversary Musical, Kiss Me Kate, received critical acclaim. Sue is part of the Performing Arts Department’s outreach program which has presented numerous programs for local high schools and community organizations and as featured entertainment at Palomar College Foundation black tie events. To maintain state-of-the-art skills and techniques, Sue regularly participates in professional dance workshops and master classes. On frequent trips to the East Coast, Sue has studied with Gus Giordano in Chicago and Frank Hatchett in New York City. She also studied dance in London and Stuttgart, Germany. Sue is on the Board of Directors for the World Jazz Dance Congress. In addition to teaching at Palomar College, she is the working owner of Georgia’s School of Dance in Escondido.

Mark Lamson
An acclaimed percussionist, recording artist, producer and educator, Mark Lamson is an internationally recognized authority of Afro-Cuban and Brazilian music. The creation, recording and performance of “Bata Ketu” – in collaboration with San Francisco musician and educator, Michael Spiro – is one of Mr. Lamson’s greatest achievements to date. Born in Boston, Mark Lamson moved to San Diego at the age of eight and started drumming when he was ten. Mr.
Lamson’s career is highlighted by his many travels to Cuba, Mexico and Brazil, where he had the opportunity to tour and study extensively with dozens of master drummers. Mr. Lamson later went on to complete his Bachelor’s in the Performing and Creative Arts at California State University, San Marcos. He is fluent in both Spanish and Portuguese. Mark Lamson is the Director and lead percussionist of Sol e Mar, a dynamic Brazilian/Latin music collective which he co-founded in 1985. Sol e Mar features anywhere from 3 to 55 performers, ranging from a bossa nova jazz trio to a full drum bateria with Brazilian samba dancers in full Carnaval costume. Over the last 10 years, Mr. Lamson has been an adjunct faculty member at San Diego State University and Palomar College. He has also taught as adjunct faculty at CSU Long Beach and Santa Clara University. Mark Lamson co-directed the Agogo with founder and Artistic Director Patriceann Mead from 1997 to 2006, and then he passed the torch to Silfredo La O Vigo in 2006. He continues to perform with Agogo as a guest artist, and has began accompanying the Drum and Dance Classes, once again, with Patriceann Mead and Silfredo La O Vigo.
Refer to Mark Lamson’s website for a complete Bio. https://marklamson.com

Joei Waldron is a choreographer, director and educator living in San Diego, CA.  He is the Founder, Artistic Director, and Choreographer of AXXIOM Dance Collective, a San Diego-based dance company.  Joei has presented work both nationally and internationally. In 2012, Joei presented work at the Festival Fringe in Edinburgh, Scotland. Joei followed that up the following year by presenting work in the 55th International Choreographers Festival held at the Sala Cuatra Pared Theater located in Madrid, Span. Domestically, Joei has presented work throughout San Diego, Los Angeles, Arizona and Washington, DC. In 2013, Joei’s work, Windows Within, was selected as a finalist for the 15th annual Choreographers Festival held at the McCullum Theater in Palm Desert, CA. In his work and his life, Joei is driven by adventure and empowerment. Joei holds a B.S. from Salisbury University and an MA from San Diego State University.