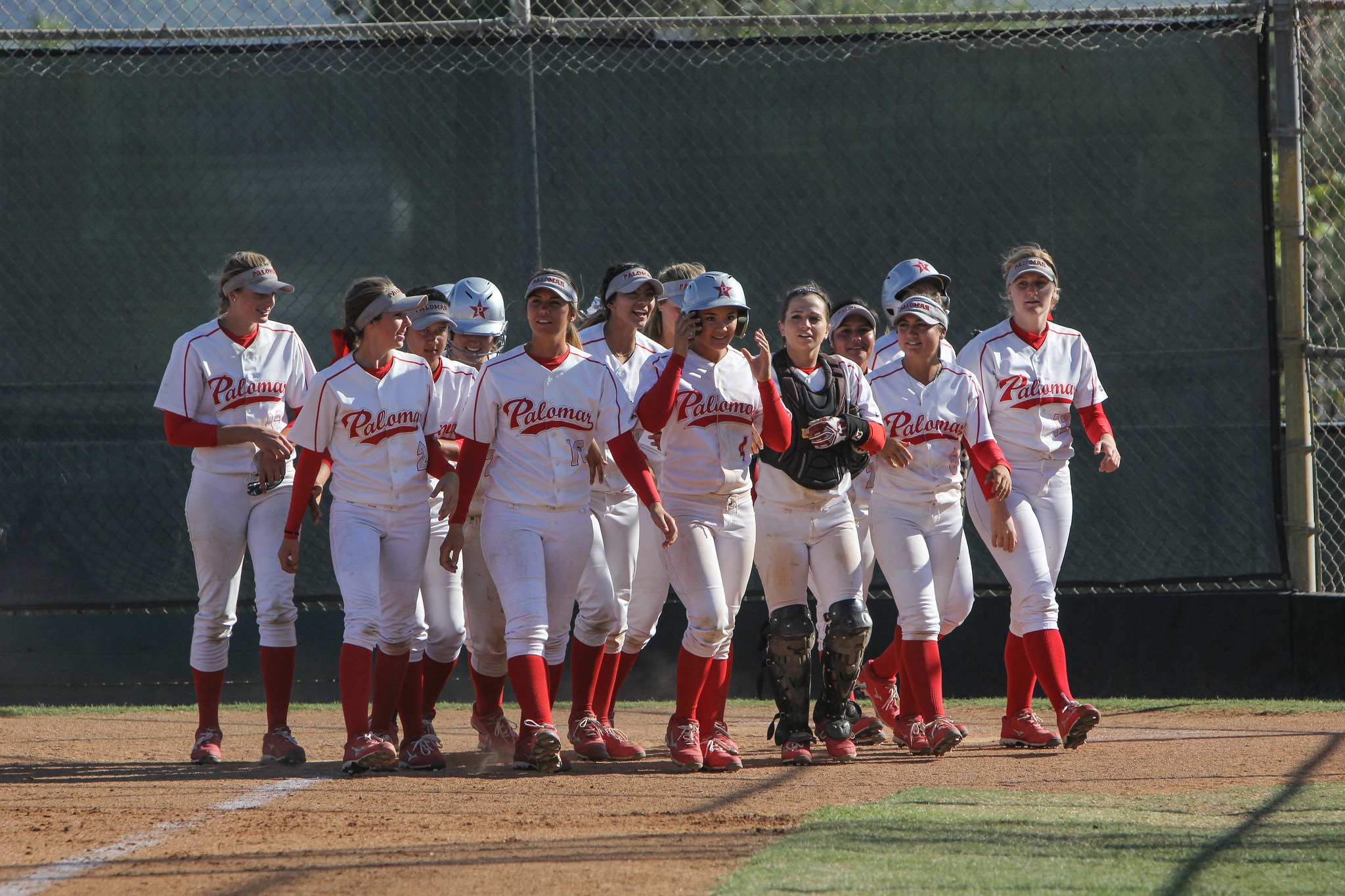 Prior to playing Mesa College on Tuesday, the 20-4 Comets had finally been recognized as the No. 1 team in CCCAA’s So Cal rankings, overtaking Fullerton College (17-9).  The recognition atop the leaderboards came after Palomar had won its last six games in a row while the Hornets dropped three straight. Palomar also moved up to the No. 2 spot in the American Baseball Coaches Association JUCO Pacific Division Rankings. The list ranks all teams from the three west coast states. Palomar now only trails San Joaquin Delta College (Stockton).

On Tuesday they hit a bit of a bump in the road on their way to another PCAC title as Mesa defeated Palomar, 6-5. The Comets scored three runs in the third running  throwing thanks to RBI’s from Anthony Baldreras (single) and Dylan Breault (sac-fly) and a throwing error.

Mesa replied with a run of their own in the bottom of the inning. Comet’s right fielder Joey Cooper hit his first home-run of the season in the sixth inning. The two teams battled throughout the rest of the contest until each were tied, 5-5, after the eighth. Mesa’s Alex Emeric two-out single in the bottom of the inning off Balderas drove in the winning run for the Olympians and handed Palomar their first loss since March 7.

Both tennis teams were defeated by Mesa College on Tuesday. The men’s team dropped their contest 8-1 to the Olympians at home, falling to 5-12 on the season.

On the women’s side the result was better but still the same outcome as they lost, 6-3, at Mesa College, putting their record at 5-10.