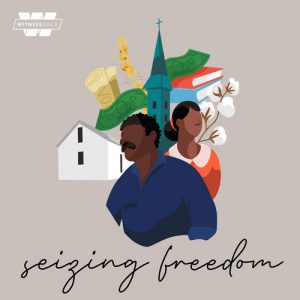 The story of the end of the Civil War you’ve probably been taught is that the slaves were freed by Northern white men (and maybe a handful of famous Underground Railroad conductors). What’s missing? The story of how Black Americans risked their lives to fight for their own visions of what freedom could be—struggling for their dignity in the face of horrific violence. Seizing Freedom tells the stories of these unsung American heroes.