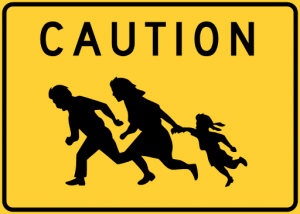 While scouring the Sonoran Desert for objects left behind by migrants crossing into the United States, anthropologist Jason De León happened upon something he didn’t expect to get left behind: a human arm, stripped of flesh.

This macabre discovery sent him reeling, needing to know what exactly happened to the body, and how many migrants die that way in the wilderness. In researching border-crosser deaths in the Arizona desert, he noticed something surprising. Sometime in the late-1990s, the number of migrant deaths shot up dramatically and have stayed high since. Jason traced this increase to a Border Patrol policy still in effect, called “Prevention Through Deterrence.”

Over three episodes, Radiolab will investigate this policy, its surprising origins, and the people whose lives were changed forever because of it.