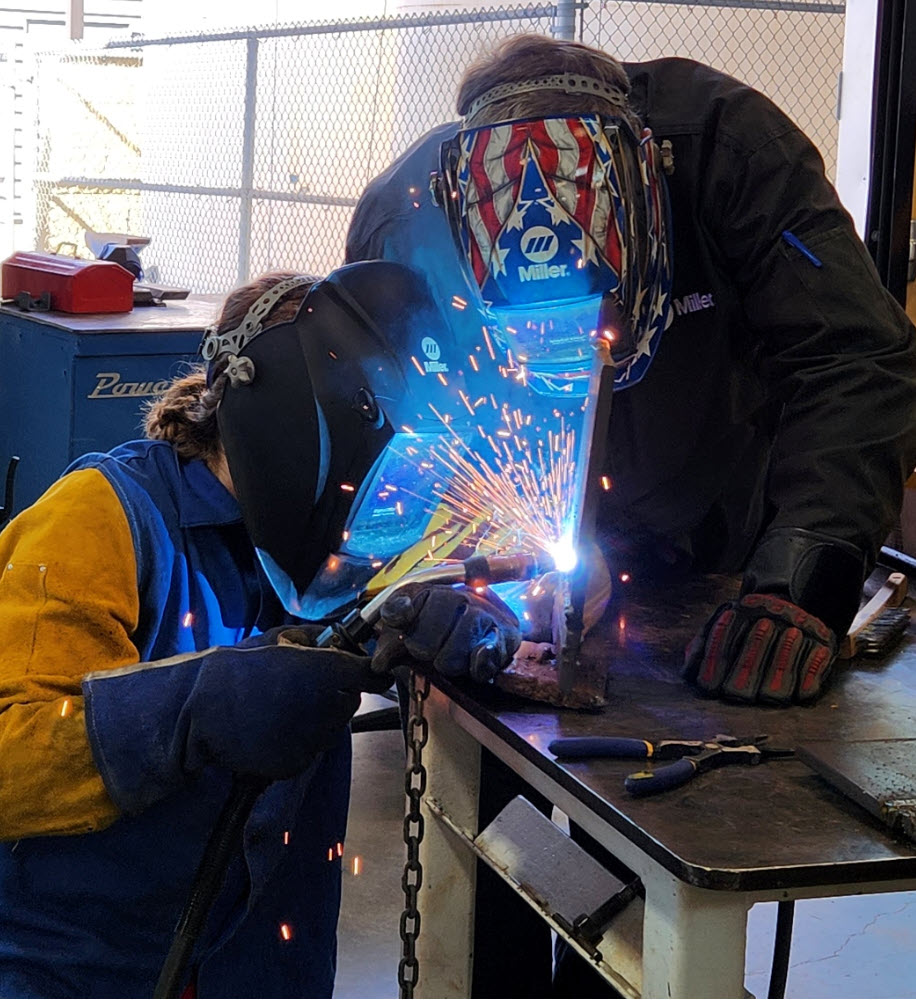 The US deficit in skilled labor includes welders, a trade that has been around since the discovery of copper.

As trades return to college and high schools, the “silver tsunami” is happening, says Palomar College’s Professor Ashley Wolters. He explains the skilled workforce of the industrial era is retiring and causing a large gap in skilled labor.

According to the U.S. Bureau of Labor Statistics, the job outlook for 2021 to 2031 is 47,600 openings projected each year for welders, cutters, solderers, and brazers. The U.S. Labor Bureau affirms that these jobs will mostly replace workers who transfer out of occupation or leave the labor force, by retirement, for example. These statistics, Wolters points out, don’t include jobs where welding is used but not in this category, such as construction.

Wolters points out that it’s the future and sometimes at the expense of the planet. According to CNBC, Tesla was “kicked out of the S&P 500 index” in May, partially due to a “lack of a low-carbon strategy.”

In controlled plants, an AI 24/7 production line is a tough financial competitor. Uncontrolled environmental factors require a quick human response. AI works best completing repetitive tasks. It doesn’t innovate because AI doesn’t think for itself. Its self-mobility and interpretation require a greater level of vision than what will not be developed soon. A 2021 Harvard Business Review article says,

”The question of whether AI will replace human workers assumes that AI and humans have the same qualities and abilities — but, in reality, they don’t.”

A robotics welding program is something Wolters would like to see at Palomar one day. Robotics is creating different human jobs. Human welders must teach robots to weld and humans must inspect their welds. AI needs initial programming, continuous adjustments, and maintenance. Using a combination of human and robotic labor is the approach that many car manufacturers have taken for multiple decades.

Palomar’s Industrial Technology building houses its welding program. Welding has a classroom and two separate large laboratories. Its program offers A.S. degrees in welding technology and four certificates. There are about 1.5 hours of lecture and book learning for every three hours of hands-on lab work. The associate degree includes thirty general education units and thirty units (ten courses) specific to the trade, like blueprint reading and welding inspection. Professor Wolters is certified by the American Welding Society (AWS) as an Educator and Inspector. This enables him to AWS certify welders to assist with competitive gainful employment.

“It’s training students for jobs with wages needed to purchase cars, homes, and sustain their families is what drives Wolters.”

Professor Wolters explains that it’s not fire that causes sparks to fly from a welding torch. Welding uses pressure and heat to melt and join materials together. He says, it was in 1810 when electric arc welding technology was first patented. He also says that it was during war times and crisis when welding made significant advancements to meet the needs. During World War I, modes of transportation moved from horseback to tanks. In World War II, aircraft went from propeller engines to jet engines. Later, it was the space race. Today, plastics and thick metals can be welded and technology like ultrasound and lasers are used in welding.

Professor Wolters’s first welding project was a ninja grappling hook at age 12. His second is a rolling locked toolbox. Wolter has made the most of his academic achievements which include a Bachelor’s in Business and Finance and a Master’s in Career and Technical Education. His career has included jobs in construction and working as a high school teacher before joining Palomar College.