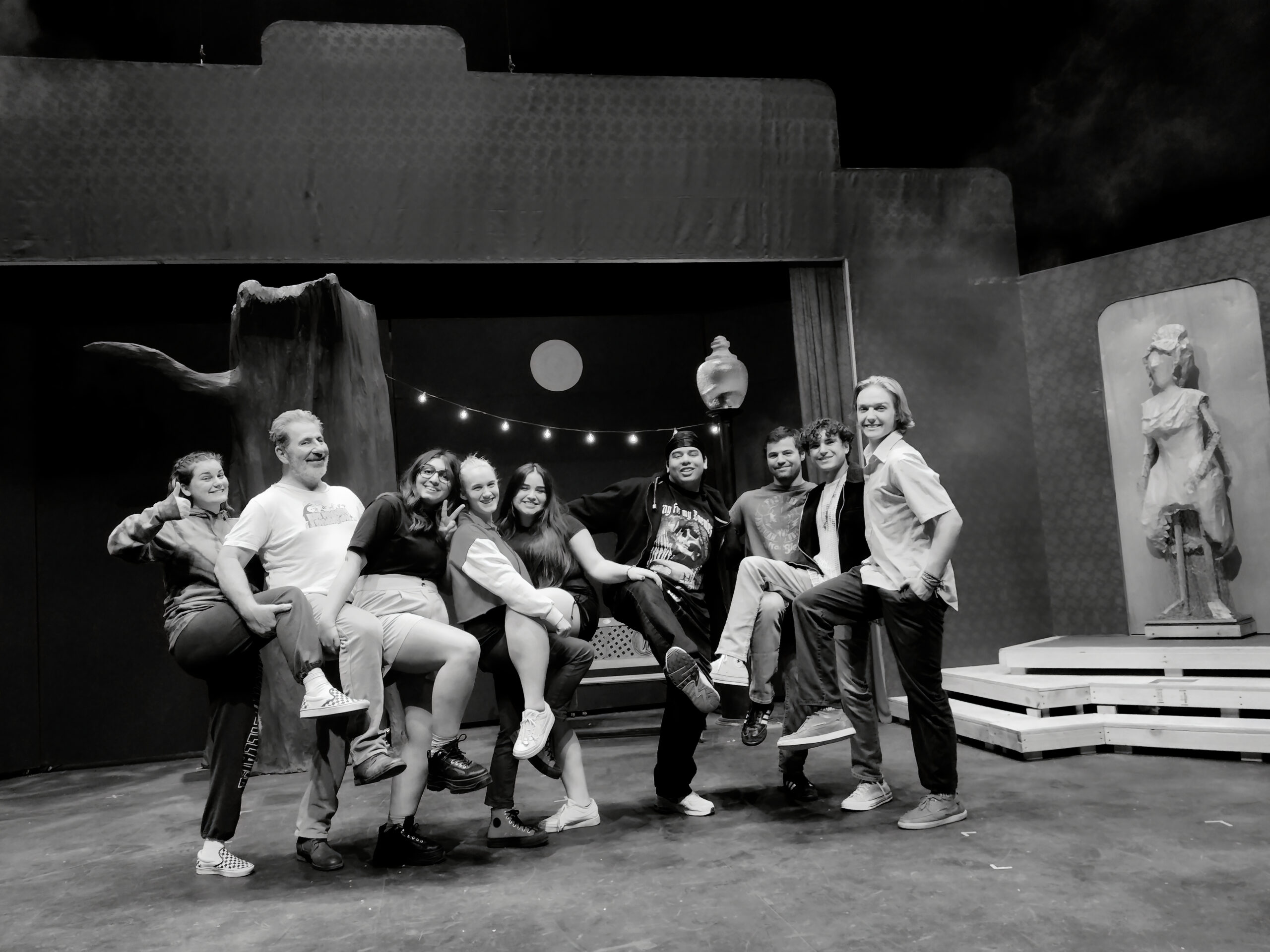 This winter, prepare for a comedy of epic proportions.

SAN MARCOS- Heaven and Earth will shake with the sound of laughter as Palomar’s theater department unveils its latest production.

On Friday, Dec. 2, 2022, Palomar College received a much-needed dose of humor with the debut of Ken Ludwig’s, “The Gods of Comedy.” The Telescope caught up with director, Michael Mufson, and some members of the cast to get the details on their upcoming performance.

The story is centered around an ivy league professor, Daphne Rain, who loses an ancient Greek manuscript that may well be the university’s most valuable document. Desperate to recover the manuscript before the dean discovers its disappearance, Prof. Rain calls upon the Gods themselves to help her. What she doesn’t realize, however, is that it will be the gods of comedy who answer her call.

Director, Michael Mufson, described the style of the production as a “screwball farce” that plays on slapstick comedy and ridiculous human behavior. According to Mufson, this style of comedy is especially challenging as it requires excellent timing and overall synergy from the performers.

“The key is that you have to make it look effortless… it’s quite difficult… the appearance of spontaneity; when the timing is precise and exact,” said Mufson during an interview on Zoom.

To help the cast cultivate their sense of comedic timing, Mufson had them watch videos of vaudeville classics like the Marx brothers and Abbott and Costello. Mufson even brought in a specialist in clown and physical theater to help them hone their skills in slapstick comedy during the first couple weeks of rehearsals.

Mufson’s dedication to preparing the cast for their roles was met with equal enthusiasm from the actors. Nicholas Ashley, who plays the role of Dionysus, the God of Comedy told the Telescope,

“What most excites me about our production is that no matter the obstacles, and we have had many; including but not limited to car accidents, covid related health challenges, knee injuries, colds, family crises, scheduling challenges, and a host of challenges that would normally give pause, we have still come together as cast and crew to support one another,” said Ashley.

Albeit cliche, the old saying, “the show must go on” perfectly characterized the zeal and tenacity of everyone involved.

The fruits of their labor is a production that 19-year-old Finn Proctor, who plays the professor, Ralph, described as a fun and clever piece of art.

Mufson also mentioned the special effects in-store to add to the hilarity. The likes of which include smoke, magical appearances of objects, people transforming into other people, and even confetti cannons.

Rhiann Glaudini who plays the protagonist, Daphne Rain, expressed her excitement as opening day draws near,

“You can really feel how deeply everyone understands their characters at this point, and now, in the final stages of the rehearsal process, the moments when everything gels perfectly can feel like magic. It’s a beautiful thing, this art of ours, and we can’t wait to share.” Glaudini said in closing.

For showtimes and to purchase tickets visit:

COVID-19 Information: Currently, the theater department’s COVID policy reflects that of the campus at large. Masks are not required, nor will guests need to show proof of vaccination.