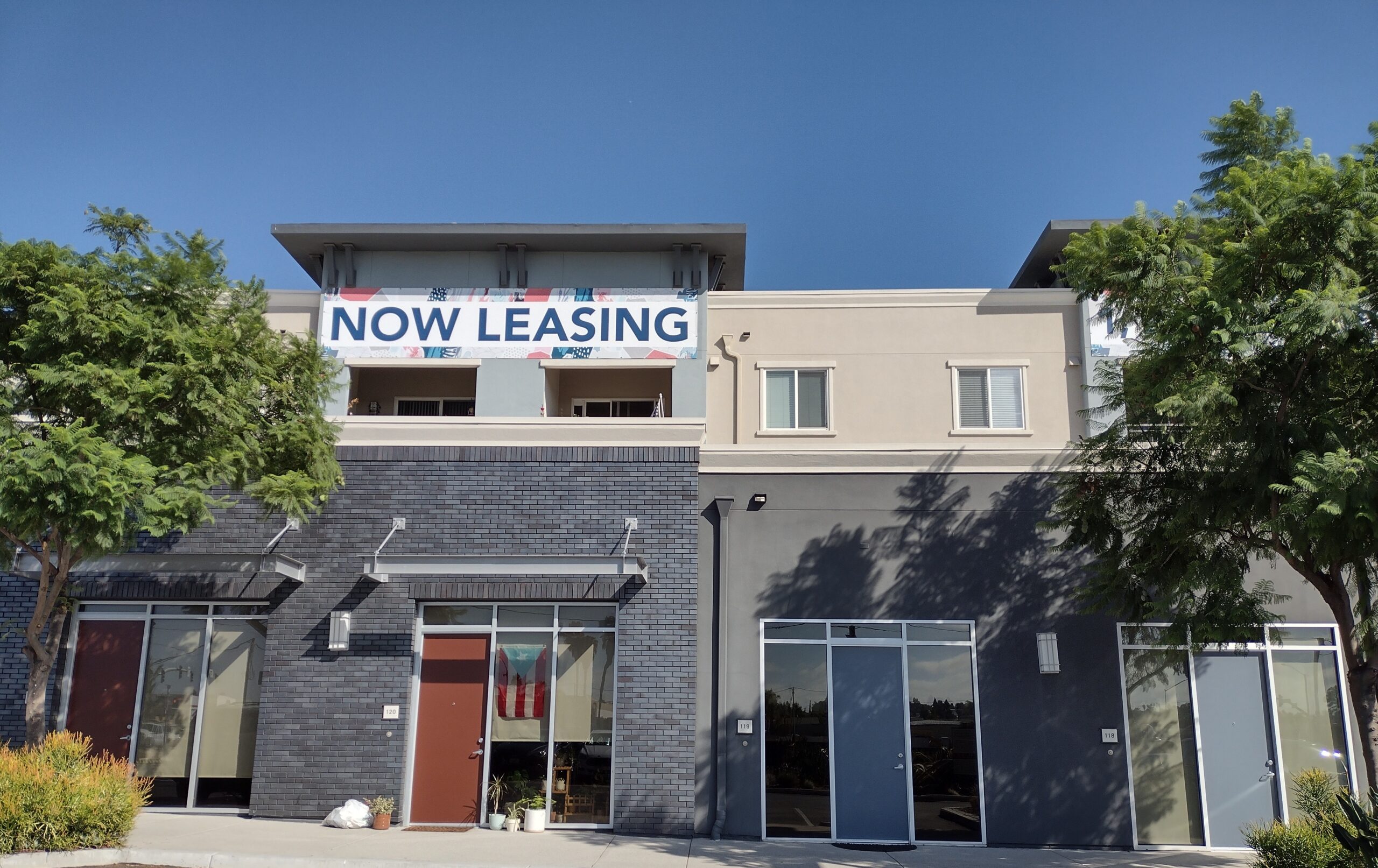 America’s ‘norm’ for moving out of your childhood bedroom depends more on family status than just your zip code or personal salary. It turns out that if an amicable living arrangement with one’s parents exists, it may be the best financial decision, even with post-secondary education.

Prior to the recent election, The Voice of San Diego reported that San Diego Unified School District (SDUSD) and San Diego Community College (SDCC) hoped to provide some housing relief to faculty by building dwellings on their property. SDCC plans include student housing.

“If the bond passes, the district would allocate over $206 million of Measure U funds to “acquire and construct teacher and workforce housing and related facilities.” That could make SDUSD one of the first districts in the county to create housing for its employees.”
–The Voice of San Diego

SDUSD’s Measure U passed with 65.29% of the votes as of November 28. It was its fourth time on the ballot. Chula Vista Elementary School District passed Measure M in 2020 which provides $65 million for employee housing.

San Diego’s shortage of housing has prompted the building of apartments and condos but they’re not fitting the bill according to, Nathan Moeder, a principal of London Moeder Advisors, a group that advises developers and public agencies. In a San Diego Union-Tribune article, he states that California policy “should encourage different types of housing” and goes on to say,

“We are building the wrong type of housing. Period, you are forcing families into one-bedroom and studio, units.”

The cost of living in San Diego

The math is a ratio between what you earn and the cost of housing and related expenses. Financial advisors like CNBC’s Megan Leonhardt advise spending no more than 30% of your monthly income on housing and related expenses such as utilities. The IRS maximum monthly allowable for California taxpayers is $2,649 for a household of one. IRS’s standards include mortgage or rent, property taxes, interest, insurance, maintenance, repairs, gas, electric, water, garbage collection, cell phone service, cable service, and internet service.

San Diego ranks as the third least affordable county to live in according to CBS8 this past March. Dr. Alan Gin, an Economics Professor at the University of San Diego said,

“To top it off, our income tends to lag whereas San Francisco and New York are big finance centers and have a lot of high-paying jobs,”

Their study used the Consumer Price Index (CPI). CPI is defined by The Wall Street Journal as “a statistical estimate of the change in prices for a basket of goods and services purchased by households.”

According to the San Diego Union Tribune’s October article, the military responded to San Diego’s rent spike of over 20% this year by increasing the housing allowance for October to December of this year and funding their base commissaries which sell products for 25% less retail prices. A 4.6% pay increase is already in the works.

Cost of living in the San Marcos area

Palomar College’s Net Price Calculator helps students estimate the cost of attendance. Entering age 21, in-state for residency, and living on my own or with a roommate will yield an estimate of $23,646 for nine-months.

Palomar’s 2022-2023 Cost of Attendance chart compared to 2014-2015 for nine months reflects an 80% increase in food and housing and 63% increase overall. It’s notable that the transportation cost reflects a decrease which may need updating.

The US Housing Urban Development (HUD) uses the Fair Market Rent Documentation System to calculate housing vouchers. Using the tool to find variance in rent cost from 2014 to 2023 for the San Marcos area, shows an 80% rent increase for a one-bedroom. That increase calculates to $780 per month and $9,360 per year.

California has increased the minimum wage steadily with the passage of SB3 in April 2016. The bill addressed an existing legislation which set minimum wage to $9 in 2014 and $10 in 2016. SB 3 increased minimum wage per hour for employers with over 26 employees from a minimum of $10.50 in 2017 to $15.50 in 2023 and higher for larger employers. San Diego County has set wages higher for cities in a specified geographic area regardless of size of employer which does not include San Marcos. According to CBS8, an $18 minimum wage initiative qualifies for the 2024 ballot.

Using the Federal CPI calculator to compare January 2014 to October 2022 and the incline in rental and housing costs, it is difficult to see how minimum wage increases will make it easier for individuals to move out. In fact, if minimum wage continues to increase, staying at home and sharing expenses could mean more financial freedom and long-term security.

Unless inflation declines by the new year, earners will be able to purchase with their increased salaries 27% less than they would have in 2014.

The CPI index shows significant increases 2022 over 2021 in inflation in the All Items category the past couple of years.

The latest CPI News Release for October 2022 is scheduled to be released November 14, 2022.

Coping with the Cost of Living – Boomerang Kids

“Nearly a third of Americans between the ages of 18 and 25 — part of what is collectively known as “Gen Z” — live at home with their parents or other relatives, according to a new study. “They considered it a long-term housing solution,” says Anna P. Kambhampaty of The New York Times. She attributes the year’s rapid inflation rates causing price hikes.

Business Insider reported in January that 36% of the ‘boomerang kids’ that moved back home during the pandemic have knowledge workers as parents. These families have the residential space and incomes of $140,000 or higher which prevented many of their children from having to work during the pandemic. In contrast, the same article points out that “lower-income workers struggled with job loss and paying bills, finding themselves on the frontlines of the coronavirus as essential workers.”

Learn more about: What a K-Shaped Recession Means for Jobs, Coronavirus Recovery (businessinsider.com)

But it isn’t just Gen Z. Millennials who have graduated and are earning entry level wages are impacted as well. A pull of current job offerings showed many positions that pay well under $140,000.

“Like many Californians, the state’s housing costs have hit teachers and school employees hard. According to a 2019 EdSource analysis, first-year teachers are especially impacted. In an email, Samer Naji, SDUSD’s facilities communication supervisor wrote that the rising cost of housing has made it difficult for San Diego teachers to live near the schools in which they work, and that building housing could help retain and recruit staff.”
–The Voice of San Diego

It would be remiss to not account for the cost of transportation A study done by Insurance.com showed that it cost Californians $30,987 in a five-year period (about $516 per month) to own their car and that doesn’t include the car payment. It placed California second to Wyoming for the highest cost. JP Morgan in August stated,

“Used car prices are already starting to drop as the market cools, having seemingly peaked in early 2022. On the other hand, new vehicle prices are unlikely to drop in 2022 due to persistent inflationary pressures.”

According to a San Diego Union Tribune article, “Qualification requirements for renting the home are a household gross income of three times the monthly rent, no record of evictions, no felony convictions and a “favorable credit history,” The article discusses how the American Dream is now being rented out by large corporate developers like Canada’s Tricon. Phillip Molnar, the author, points out that although Tricon doesn’t own properties in SD, it owns over 30,000 in the US.

San Marcos Demographic Data Statistics from US Census 2020 report shows that nearly 63% of residents own their homes, have 3.2 person occupancy, and an average household income of $86,408. San Marcos has a 10% poverty rate per the report which amplifies the need for affordable housing in the area.

For Now Life with Roommates

Multi-generational living is common in many parts of the world and is rapidly becoming the norm for adults in the US well beyond their college years. However, this trend is not feasible for many who don’t have the family structure or income. The trend increases the wealth gap according to the Washington Post.

Many Californians who don’t want to give up the American Dream are leaving San Diego, says the San Diego Tribune. So many left that post the 2020 Census California lost its first US House seat and new political maps were drawn (LA Times / US News).

New luxury apartment buildings remain lucrative for corporate owners to rent the American Dream. Just across the street from Palomar College is the Palomar Station apartment building. It’s e-brochure publicly lists its lowest one-bedroom-one bath 675 square foot apartment at $2,454. Their website boasts resort-style pools, a high-performance fitness center, designer finishes, and a dog park and pet spa. Split the bill four ways and your rent is just over $600 per month for your sliver of space.