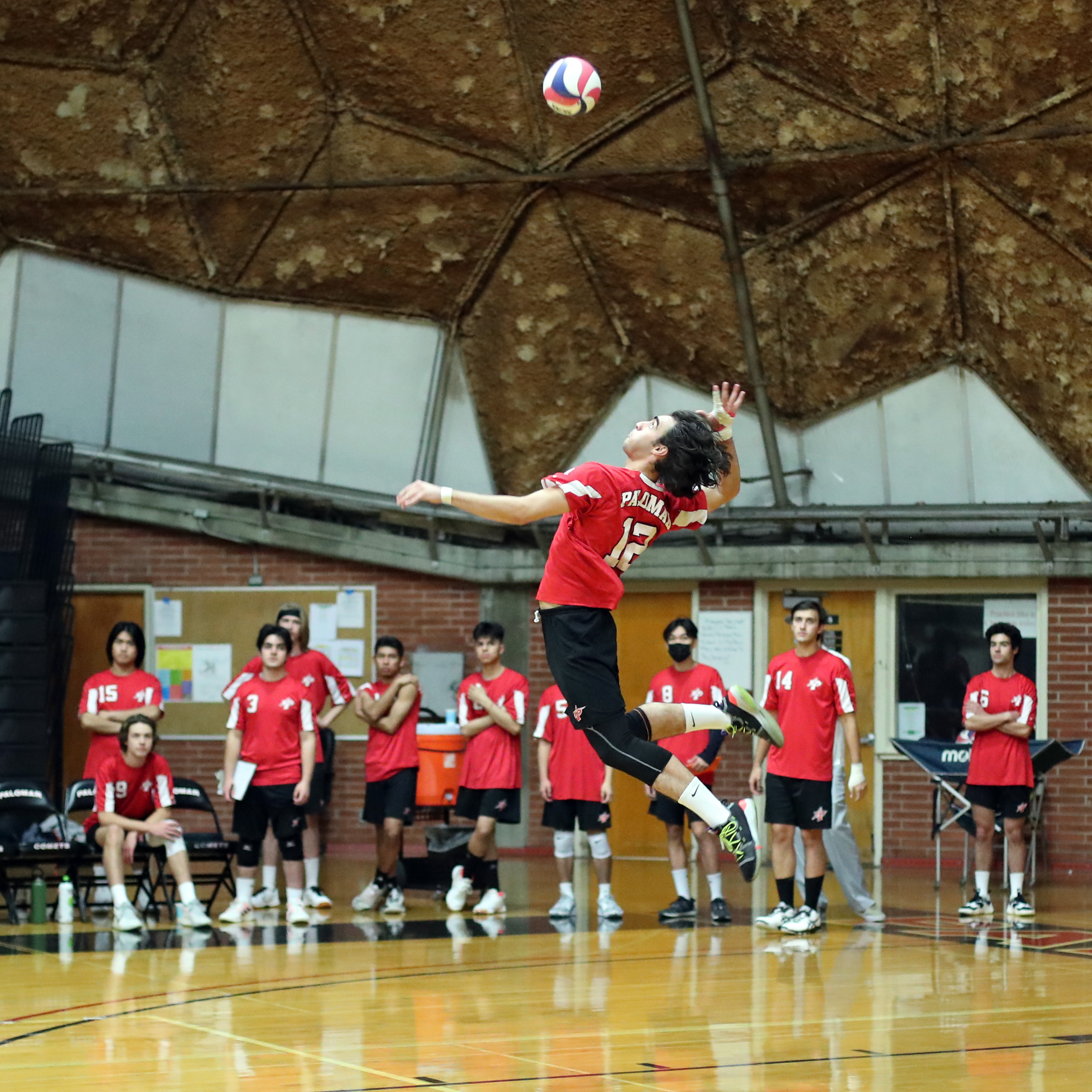 Published March 7, 2022 by Giovanni Vallido
Here’s a look at Palomar’s Volleyball schedule for both the men’s and women’s teams.

The men’s team started its season on Feb. 9 with a win at home over Fullerton College 3-2. Since then, the team has lost five of its last six games to bring the season record to 2-5.

For the rest of March, the team has a couple of home games before hitting the road for four away games and finally finishing the month off back at home.

The team schedule is available online as well as the times of each match.

Palomar’s Women’s Beach Volleyball started their season on Feb. 18 on the road against College of the Desert in a 4-1 loss.

With two more losses at home, the team started the season with a 0-3 record. In the month of March, they will be on the road for all of their games.

The team schedule is available online as well as the times of the match.