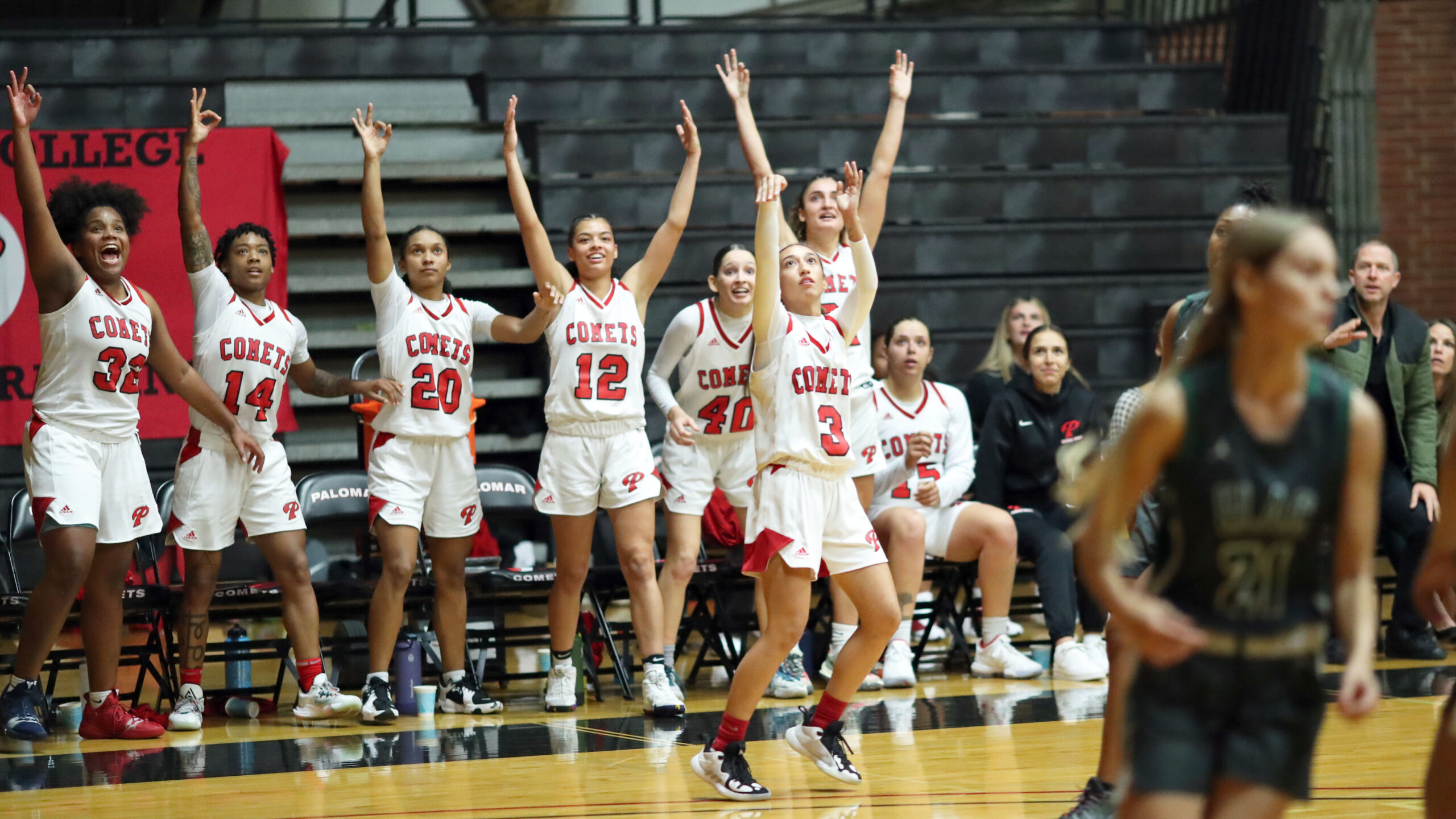 The Lady Comets Woke Up and Chose Dominance

The women’s basketball team remains undefeated since the start of their returning season.

The team kicked off their first season in a year with a home victory over the LA Trade Tech College Beavers. Now 5 games in with a 5-game win streak, it’s clear that they’re back and they mean business.

Junior colleges and California Division two schools were the only two groups that were not able to have a season in 2020 due to COVID, according to head coach Leigh Marshall; “we had to do whatever we could to keep them enrolled in school, keep them engaged, keep them active. So obviously, it really impacted Junior College heavier than any other level.”

“It was tough,” said Sara Ahmadpour, who is playing her third – what would have been her fourth year on the team; “It was like training and working out and lifting every day without really knowing when we were gonna play again.”

Marshall said in an interview that another challenge for them is their age; “We’re young. We had girls that came right from high school that did not have a season so they weren’t used to our style and, you know, our expectations.”

But they aren’t making any excuses. On Nov. 19, they defeated the Allan Hancock Bulldogs, marking a 200-win milestone for coach Marshall, and on Nov 20, they took down the East Los Angeles Huskies, wielding an overall score of 5-0.

“We all have the same mentality and we all want each other to succeed… We have a common goal, which is to win state,” said Ahmadpour on what makes the team strong.

“There’s not like a specific team that we look out for,” Marshall said, “Our biggest competition is us; it doesn’t matter who we play, we have to come down and we have to come with energy.”

Faith Schwantner is a third-year student-athlete at Palomar. However, she redshirted her first year and lost her second to COVID, so she is technically playing her freshman year. To “redshirt” means to still be a part of the team, but be withdrawn from playing to increase the player’s skill level for the following season.

She said in an interview that the season cancellation was a disappointment, but it helped them improve their skills and grow as a team. “I’m grateful that we have the opportunity to play again after a year of sitting now. I’m just looking forward to improving and getting better.”

“What makes the team strong is ultimately the culture,” she added. “Palomar has a great culture. We go after it. We give our best and we work hard.”

On December 15, they’ll face their long-term rivals at Mt. St. Antonio college before conference play begins in January. During the Pacific Coast Athletic Conference (PCAC), they’ll play against Cuyamaca College who has just reintroduced their women’s basketball program after more than a decade, according to an article from the PCAC.

“We just want to play the game the right way in terms of playing hard and selling out 100% and working, so that’s our game plan is just be who we are, which is, you know, hard work mentality,” said Marshall.

She also said that “the relationships and watching them move on to the next level, whether that’s athletically or academically is probably the most rewarding thing.”