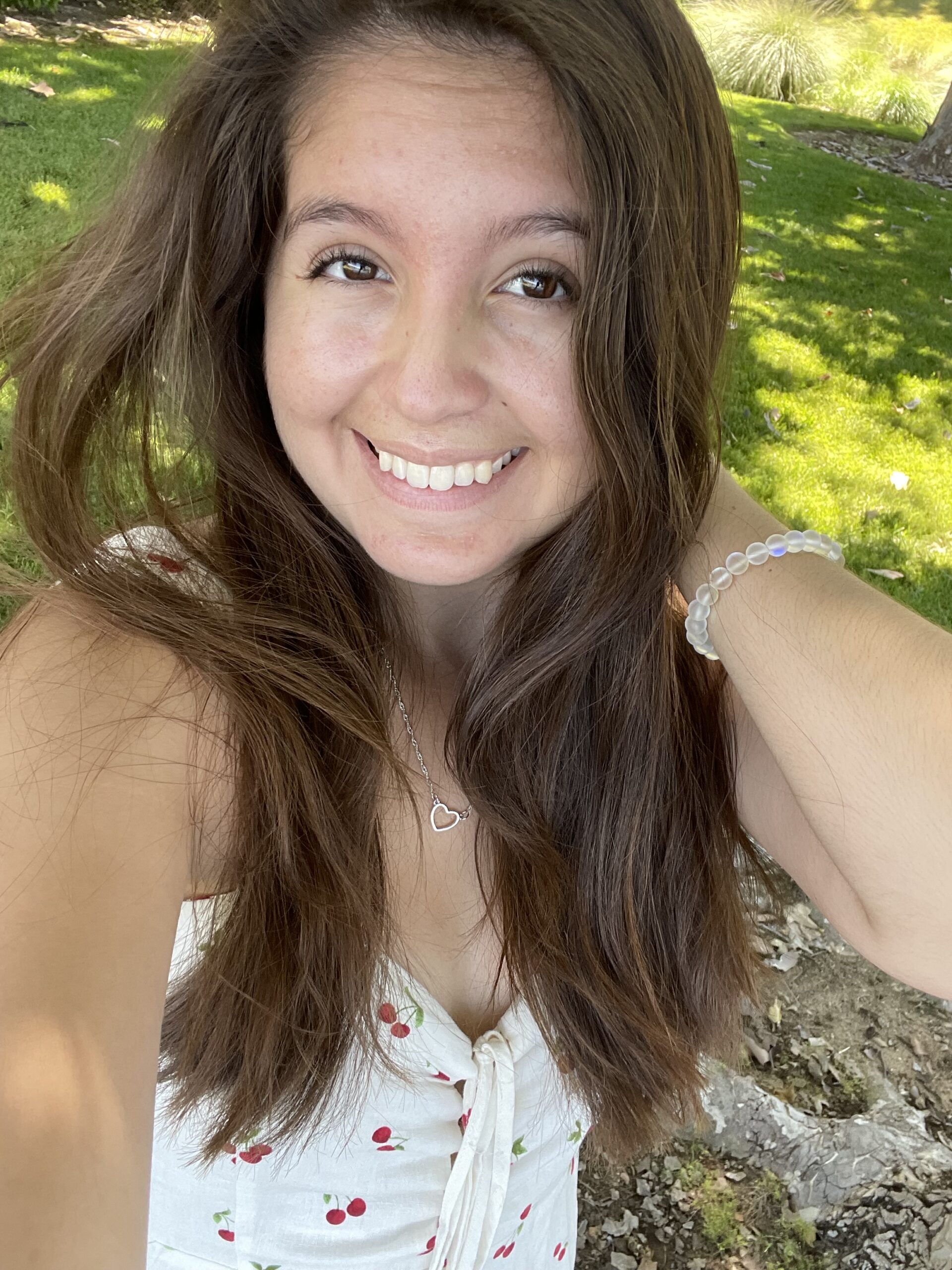 Meet a Dancer from “Epic Tales of the Heart”

18-year-old Salazar is a dance major in her first semester at Palomar College. She currently resides in Ramona with her parents, where she has lived her whole life. She began dancing at age four and hasn’t stopped dancing since.

Prior to starting her journey at Palomar, Salazar has spent several years learning various styles of dance, competing, and even teaching dance to kids.

She explains in a phone interview that she had to keep taking more dance classes as a result of doing dance competitions. “So then I started really liking dance and I wanted to do more. So then, I just kept doing it.”

Salazar recalls that she later joined a performing group that put on dance shows in different places around the community such as schools and senior centers. In high school, she continued to study dance, as well as dance productions.

She perks up as she begins to describe her experience with teaching. “Oh, and then I teach little kids too…I started training to be a dance teacher, so then I eventually had my own class and my own students and everything.”

She started out as a teaching assistant in 6th grade, then when she was in 10th grade, she became a substitute teacher. After another year or two, she took the reins and got to teach her own dance class.

Currently, Salazar is focusing on her college studies, but she says she would love to teach dance again in the future, particularly kids ages three through five.

As a newer member of Palomar’s dance program, Salazar shares some of the biggest challenges of dancing at Palomar and rehearsing for the upcoming show.

“We have to be able to adjust to the changes as we go along.” She says that sometimes, dancers may drop the program or their instructor will make last-minute changes to the choreography, which they must quickly adapt to.

Dr. Molly Faulkner, the director, and choreographer of the Dance Ensemble explains in an email that the class has only had about three rehearsals after their last performance, to prepare for the next one. “The dancers learned incredibly quickly and will be doing some improvisation in the show,” she notes.

This will be the second time the dance ensemble has gone live since the pandemic, following “Thriller,” their Oct. 30 collaboration with the Palomar Comet Concert Band.

“It’s going to be a longer piece,” Salazar says about the upcoming performance, “We can do more storytelling within the dance and everything. So I think it’ll be a really cool show.”

The general feel of the dance routine is influenced by Aaron Copeland’s “Our Town Suite” and Bob Weller’s “Uncle Russ”, and depicts the people and their relationships in small-town America, according to Dr. Faulkner. “I love the feeling of space in this beautiful music which allows for a quiet kind of storytelling,” she adds.

Salazar feels that the amount of motion, commitment, and effort everyone has put in is what will make the show special. To learn more about the performance, click here.