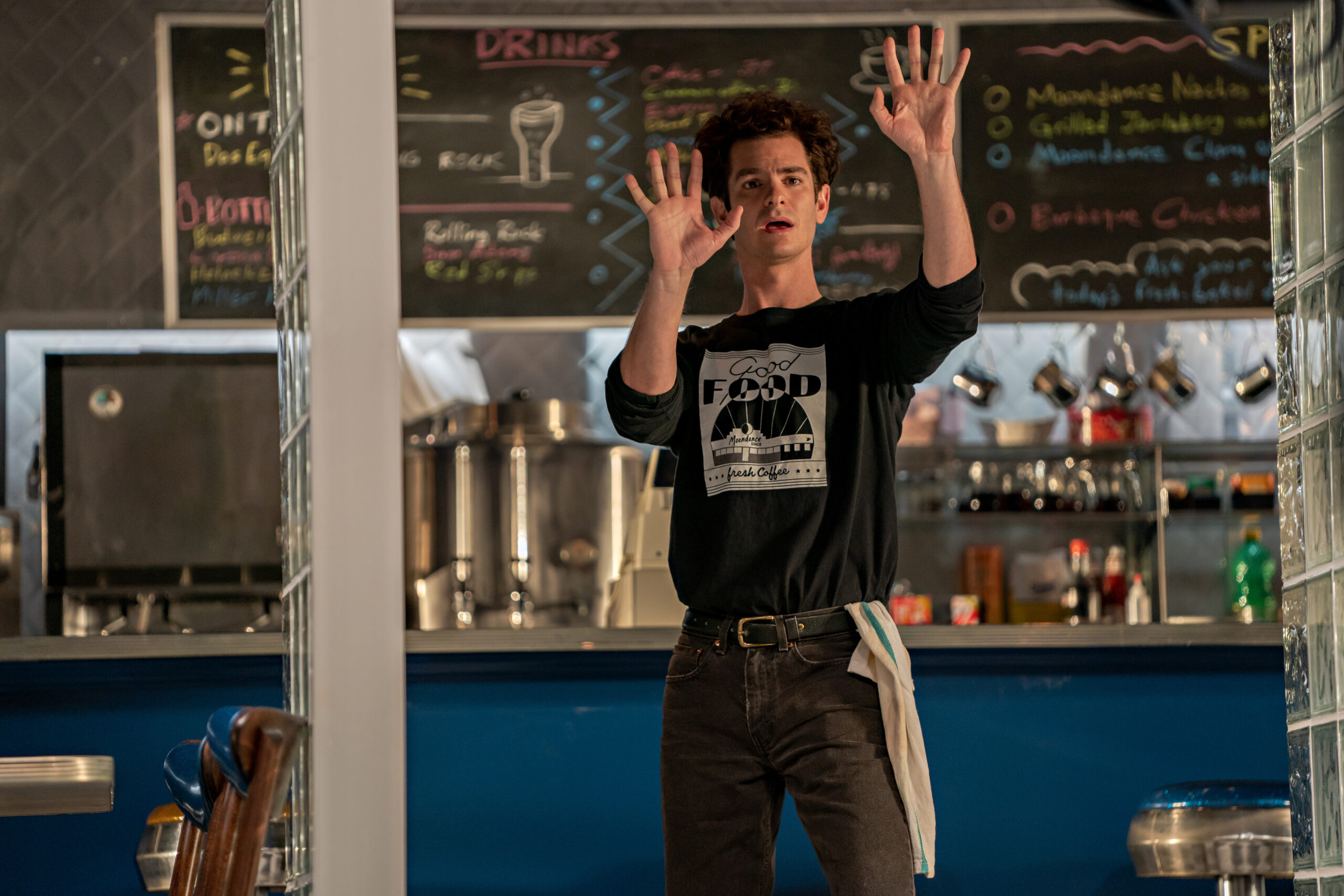 A love letter to all things Broadway, passion, and the pressure of making something great, “Tick, Tick…Boom!” is a movie-musical that takes you through the life of Jonathon Larson.

Lin-Manuel Miranda, creator of the Broadway hit “Hamilton”, makes his directorial debut with this film and pays homage to one of his own inspirations, Jonathan Larson, late creator of the iconic musical “Rent”. Andrew Garfield stars as a surprisingly impressive Larson, alongside an interesting mix of film and TV actors as well as Broadway stars. While the film portrays complex concepts beautifully, it’s difficult to keep up with without context.

Based on Larson’s rock monologue by the same name, “Tick, Tick…Boom!” follows his years as a struggling artist desperately trying to write and produce a musical named “SUPERBIA” before his thirtieth birthday. He is constantly trying to maintain a balance between his art, minimum-wage job, and his relationships with girlfriend Susan (Alexandra Shipp) and best friend Michael (Robin de Jesus); all without knowing if he will ever see real success.

The soundtrack of the film is almost entirely Larson’s own work, taken from his meta-musical by the same name, which premiered 20 years ago. However, given a fresh polish and performed by new voices like Garfield and Vanessa Hudgens, they blend into the plot perfectly. The soundtrack has brought a new generation of fans together to enjoy the musical, some songs reaching over three million streams on Spotify.

Garfield’s acting was the star of the movie. He completely embodies the desperation of a struggling artist who is constantly asking himself whether to compromise or persevere. But his casting was a surprising choice for a musical film, as he had no prior singing experience. However, after Miranda saw him in a Broadway play he was confident Garfield was the man for the job. When approached with the project Garfield underwent lengthy training to prepare him for the part, and it definitely paid off.

This film calls out to a very niche audience, one who knows the name Jonathan Larson, who has listened to “Rent”, who can appreciate the Broadway actor cameos throughout the film, and can separate the mixing scores of “SUPERBIA” and ​​“Tick, Tick…Boom!” For this audience of theatre lovers, the film is a beautiful work of art; but for others, it is difficult to understand much less love.

At its core the movie is a musical, based on an autobiographical musical, about writing a musical. Therefore, the film is not really one that can be enjoyed on its own. Audience members who know nothing about the world of theatre would need context in order to fully enjoy and understand the nuances of the film.

Overall, the film takes this confusing concept and portrays it beautifully. With other movie musicals this year missing the mark completely, “Tick, Tick…Boom!” is a breath of fresh air. It is streaming now on Netflix, and with some extensive Googling, is definitely worth the watch.