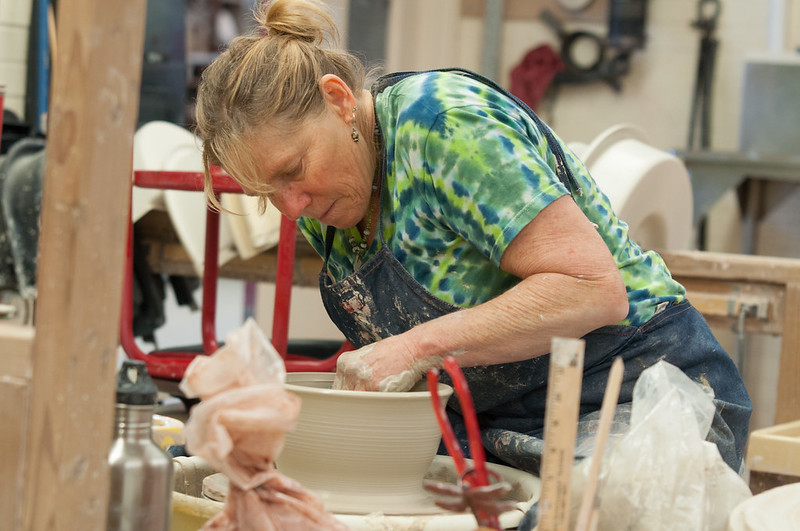 Vocational Schools: An ‘Alternative’ to College

Going to a four-year college after high school should not be the primary option that families and high schools push to students. Vocational schools, which tend to have a negative reputation of being “less prestigious,” is an option that places students with higher chances of employment while earning a decent living and less risk of getting into student debt.

Vocational schools, or trade schools, offer a variety of careers that do not require students to commit to a four-year institution. These include construction, carpentry, metalsmithing, cybersecurity, culinary arts and law enforcement.

Unlike a traditional college, vocational schools tend to emphasize hands-on work and on-the-job training like an apprenticeship. Depending on the job, there is less homework, but the learning and training can be just as intense as getting an undergraduate degree.

Given that many people have lost their jobs during the COVID-19 pandemic, especially those in the service industry, people need skills and talents that are less likely to “go away” because of a catastrophe.

According to the National Educational Center for Statistics, the average percentage of employment for both men and women between the ages of 25 to 34 with some college education (no bachelor’s degree) is 80% compared to 87% for those with a bachelor’s degree. High school graduates on average have a 74% chance of employment while non-high school graduates have a 57% chance.

But men on average have a much higher chance of being employed than women in all four categories, with a difference of 7% to 33%.

The cost of going to a public trade school is about $5,000 to $10,000 less than a public four-year institution, which varies depending on whether or not students are attending a private school or if they are living on- or off-campus.

The U.S. Federal Reserve estimated that about 60% of 18- to 29-year-old undergraduates have student debt, versus 48% of those with an associate’s degree and 43% of those who have some college or certificate.

After they complete their vocational school, students can almost immediately start working. With some experience and income, they can pursue different paths to advance their training, like earning a bachelor’s degree or continuing education to keep up-to-date about their work.

Some may even opt for entrepreneurship and start their own business, like a mechanic shop or an apple cider brewery.

This is not to say that going to a four-year college is not valuable. There are options for individuals who may prefer to work with their hands or learn practical skills that they can use the next day to help their families or communities instead of sitting in a lecture hall.

Some might pursue a military career and later decide to go back to college for whatever reasons, similar to former Comets football player Kyran Griffin, who is a former U.S. Marine and received a scholarship to attend Troy University.

What students choose to do after high school should be their choice as long as they are well-informed about their options, and they should not be judged for their decisions.