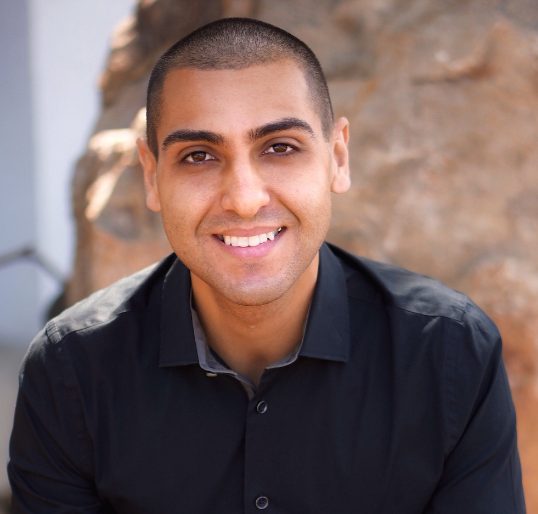 San Diego clarinetist Peter Dayeh, who also teaches the clarinet at Palomar College, performed virtually at the Spring 2021 Concert Hour Series last Thursday, March 4. He has been playing the clarinet since he was in fourth grade.

“I just like the sound of the clarinet,” Dayeh said in a phone interview. “I thought that I’ll stick with it, but I don’t know exactly why.”

“I was gigging around San Diego while I was in school,” Dayeh said. “These weren’t big gigs; they were student gigs. It was a pretty good experience as a student.”

Classical music students are also taught to excel in auditioning for orchestra jobs. After graduation, Dayeh went through “audition after audition” until he got a break with the Santa Cruz Symphony to play the second clarinet. He said it wasn’t “huge,” but he absorbed a ton of orchestra experience.

When he moved back to San Diego, Dayeh immediately started to teach the clarinet privately while looking for gigs and traveling to Santa Cruz to play with the symphony on a weekend about once a month.

After a few years of doing that, Dayeh’s second break was to sub regularly with the San Diego Symphony. His reputation as a clarinet player later got him other roles in playing with the San Diego Winds and the California Chamber Orchestra in Temecula. At the end of the 2018 season, he left the Santa Cruz Symphony.

In 2018 and 2019, Deyah had played in concerts with several famous musicians, such as The Who and Sarah Brightman, at the Viejas Arena at SDSU. He also performed “Phantom of the Opera” in 2018 at the San Diego Civic Theatre.

Besides teaching at Palomar as an adjunct professor, Dayeh has a private studio in Carlsbad where he teaches students to play the clarinet. Besides the technicalities of playing an instrument, he also emphasizes that music students should have time management skills.

“The importance of time management cannot be overstated,” Dayeh said. “That’s what saved me during my university years. Having a plan or spreadsheet that has your practice sessions, naps, lunch — doesn’t matter what it is. It’s so important to keep track of your day.”

His years at SDSU had taught him that persistent hard work and good people skills are also vital to be more successful.

“You want to be really easy to work with, and those people get called back for work. People will notice your work. Let it speak for itself.”