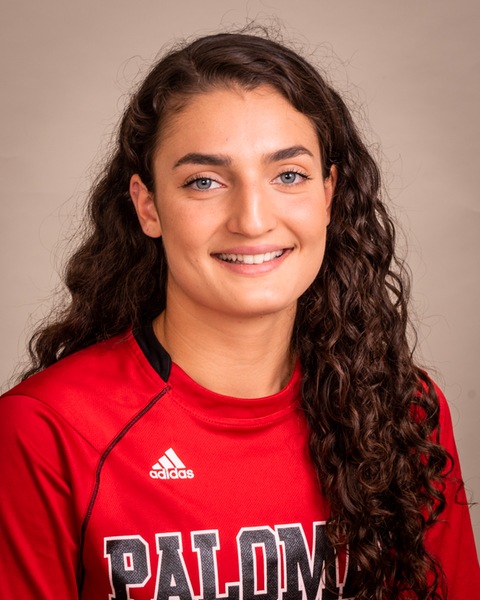 Basketball Player Shows Resilience on and off the Court

Despite the challenges Sara Ahmadpour has faced, she consistently works to be the best basketball player and person she can possibly be.

The 20-year-old redshirt sophomore started playing basketball in first grade, and has not stopped since. As a redshirt, Ahmadpour practices and trains with the team but does not play in games.

She balances being an environmental science major and a shooting guard for the Palomar College Women’s Basketball team.

Ahmadpour attended Fallbrook High School for three years and Mission Hills for one year. She played basketball throughout her time at both schools but began to reach her potential when she joined Palomar’s team.

In an interview, Ahmadpour said the transition was challenging. “I felt behind when I first got to Palomar, but I just worked harder. Basketball is more than just playing and practicing…there’s a lot that goes into it. I never really knew that and going to Palomar I learned all of that.”

Her desire to improve was evident to Coach Leigh Marshall, someone Ahmadpour sees as a role model. Over email, Marshall said, “Sara stands out because she has shown what it means to put in the work….she is consistent and has an unbelievable work ethic and desire to be great. She knows she has flaws but doesn’t feel sorry for herself, she works to make those weaknesses a strength.”

After playing with the team her freshman year, she decided to redshirt the following year.“I didn’t like the level that I was playing at…I really wanted to just make sure I was the best basketball player I could be…That was the smartest decision I’ve ever made. I would make it again if I had to,” she said.

Ahmadpour was a redshirt on the team when they made it to the Elite Eight in March 2020. She considers it a highlight in her basketball career because she saw the team’s hard work pay off.

Unfortunately, they left the competition without playing. COVID-19 restrictions suddenly broke out and prevented them from going further.

“It was really heartbreaking because a lot of those girls are like my lifelong friends. And I wanted them to have that experience too, and they didn’t get to have it,” Ahmadpour said.

However, she has not let the pandemic slow her down. She misses seeing her teammates and training together, but continues to excel at her conditioning and school work.

In the future, Ahmadpour hopes to earn a scholarship and attend her dream school, University of Hawaii. She wants to continue studying environmental science and playing basketball there.

Ahmadpour’s love for the game is obvious, and she has made a great impact on the team. Not just on her teammates but also on Coach Marshall.

“She’s accountable and embraces being coached hard,” Marshall said. “She has impacted me more than she will ever know.”