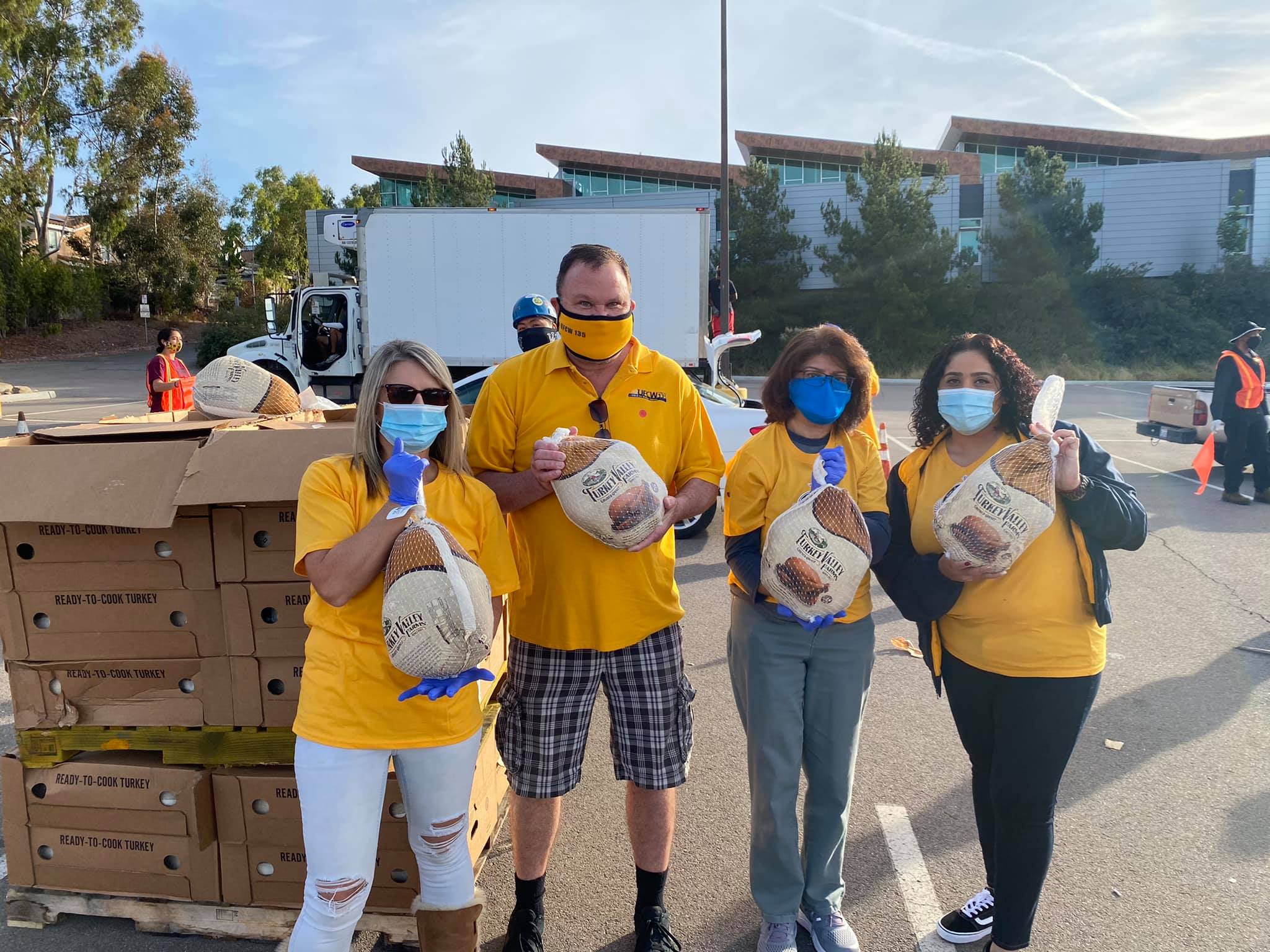 Hundreds of cars lined up for the drive-thru turkey distribution at Palomar College on each side of Mission Road on Nov. 21. Some of the people had been waiting since before dawn like fans camping out at a The 1975 concert.

Partnered with the Palomar College Foundation, Palomar Faculty Federation and Council of Classified Employees, the San Diego and Imperial Counties Labor Council distributed 500 turkeys on campus, which also included typical Thanksgiving foods, like apples (for apple pies), potatoes, rice, canned tomatoes sauce and corn. The distribution began at 8:30 a.m., however, in about 30 minutes, all 500 turkeys were given away.

Hundreds of vehicles were still lined up for another half hour until campus police drove along Mission Road and blared out repeatedly on a megaphone, “There is no more food.”

“Word got around quickly and more people showed up,” Maribel McKinze said, who is a union organizer at United Food and Commercial Workers (UFCW) that was part of the turkey drive. “Or the need is greater than expected.”

UFCW, which represents essential workers from various professions, works under the Labor Council’s umbrella for the turkey drive.

McKinze said that volunteers kept track of how many cars received a turkey by putting a card on the windshield of every 100th vehicle like a parking ticket. The parking lot was already full hours before the distribution started.

The turkey drive is a part of the regular bi-weekly food drive that has taken place at Palomar College’s main campus since the early phase of the COVID-19 pandemic.

“We advertised 500 meal kits of a typical family of four, and this is a first-come-first serve basis,” said Sandra Williams, who is the Director of Finance and Operations of the Labor Council.

The previous food drives based on the 500 quota have been successful, so the Labor Council “stuck with their guts” and bought enough food for 500 families.

The Foundation and Federation pooled $3,000 with an additional donation of $4,000 from SDG&E. The volunteers from UFCW and the Labor Council represent tens of thousands of essential workers, including firefighters, nurses, grocery workers, food distributors and teachers.

The food drive is a part of what they do to help union families and Palomar students, as well as building relationships with the local communities around San Diego County and advocating legislative policies for union workers.

One major challenge during this year’s food drive is how to keep employees at food distribution sites safe during the pandemic, according to Williams.

“Our second challenge is to let people know that we exist,” she continued. “We encourage people to use our service. We want to help by providing resources that help to pay your mortgage or rent and keep the lights on.”

“The intent is to make this a long-term and yearly effort as we know the need is there, but we won’t know for sure until we do a debrief and convene for next year’s plans,” Williams said. “We are happy that 500 families got that turkey.”