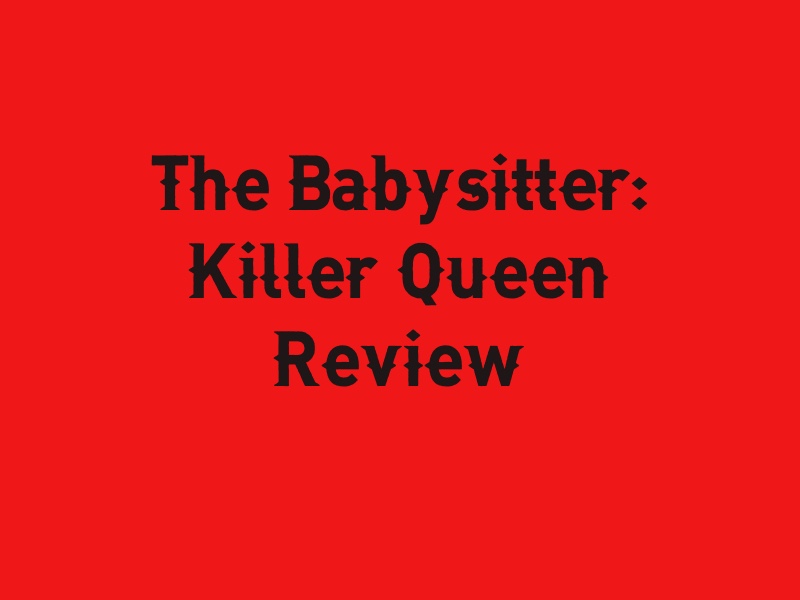 ‘The Babysitter: Killer Queen’ Not Worth Your Time

This movie was a massive disappointment.

The opening scene is a lazy carbon copy that relies on the watcher to remember the previous movies opening.

After the events that took place in the previous film, nobody believes Cole since no-one was found at the scene. Cole’s parents and everyone at school, except Cole’s best friend Melanie, think he’s crazy.

The only new characters are introduced in the first 20 minutes and are kind of shitty. There is Jimmy the stupid buff guy, Boom Boom the loud and obnoxious girl, and Diego the fat and “funny” guy.

The only new character that isn’t dry or over the top is Phoebe, who comes off a weird edgy girl.

The movie really starts to pick up once we find out Cole’s parents are planning on sending him to a psychiatric high school. Cole finds out and tells Melanie who convinces Cole to ditch school to go to the lake with her and her friends.

Cole folds in and agrees to go. This is when the movie really goes to shit.

I don’t want to spoil the movie from here on so I’ll just talk about why the movie takes a nosedive.

The major plot twists are really predictable, and the over-the-top bad acting kind of sells it out.

The dependence on the characters and gags from the previous movie doesn’t do the movie any favors. It kind of feels like they filmed the movie without them and said to themselves, “Damn, this movie really blows” and called them back in hopes of fixing it.

It also turns away from more practical effects and go to mostly all poorly done CGI. The CGI blood looks like a high-schooler did it for their project, and the other effects look poorly done and unfinished.

There is only a handful of characters that don’t make me want to punch something.

King Bachs character John is funny but not over the top and knows how deliver lines that don’t sound like a YouTube script.

Bella Thorne’s character Allison also is kind of enjoyable to watch. Although her acting isn’t the best, she plays the character well and doesn’t oversell things too much.

Phoebe is the last character that doesn’t piss me off. Her ability of understanding the circumstance and not being a poorly acted character is why she is the best character in the movie.

Overall, I really don’t recommend this movie and would encourage you to stay far, far away from it.