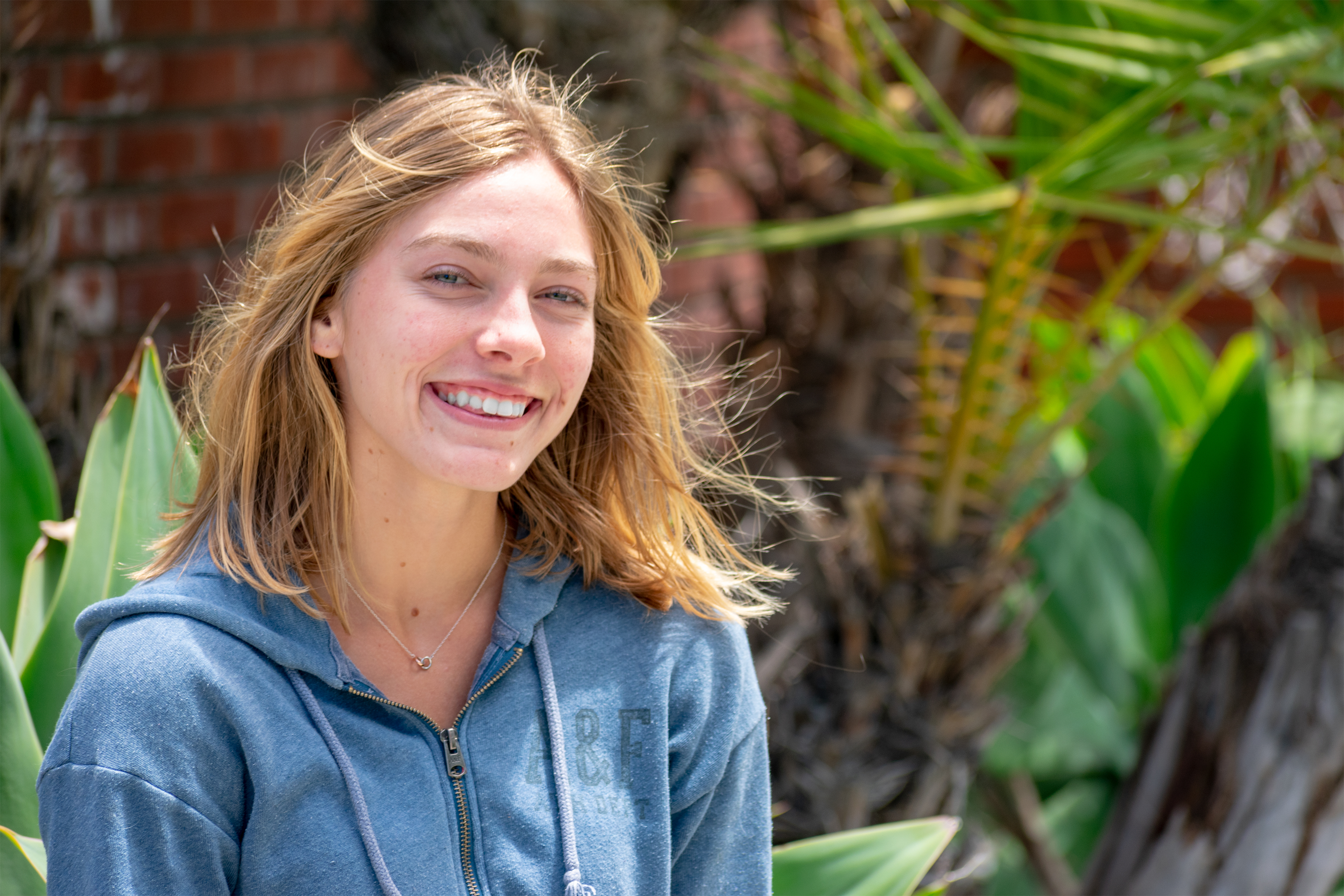 As the only Palomar Comet to play on the all-conference team for women’s tennis singles, freshman Cali Smith had a standout first year at Palomar College.

Though Smith is new to Palomar, she’s no stranger to tennis, having started playing when she was in the fourth grade. Smith said she was introduced to tennis when she was hanging out with a friend who had to go to practice. Her friend told her that she could either sit on the bench and wait or borrow her extra racquets and clothes. “It was just supposed to be this one-time thing,” Smith said.

It clearly was not a one-time thing. Smith continued to play tennis, earning her way onto the varsity team at San Pasqual High School in Escondido, Calif. In 2016 she was a finalist in the Valley League Championship.

Smith recounted a time during her junior year of high school where she was playing a girl that had beaten her previously. They were on the third of three matches and she was down 5-0.

“I came back and beat her 7-5. It was really exciting, not only to see progress in myself but to see that regardless of how you’ve performed against someone in the past, every match is new,” Smith said.

Smith’s goals for this season were to qualify for the Ojai Annual Tennis Tournament and to enjoy herself as much as possible. To make it to Ojai, Smith would first have to do well at the Pacific Coast Athletic Conference (PCAC). She seated fourth and qualified for Ojai, accomplishing both of her goals.

Smith’s Coach, Carly deAnda said, “Cali’s biggest asset is her mental toughness.” She went on to say, “I’ve seen her lose a few games in a match and yet where some players give up or put themselves down, she is able to dig deep and pull herself out of that headspace and take control of her game.”

Off the courts, Smith keeps herself busy as a full-time student majoring in English with a minor in Spanish and waitressing at an Italian restaurant. “I’ve always loved writing, and it’s been a big part of my life. I want to be a teacher, so English seemed to fit the bill,” Smith said. In the short-term, Smith hopes to do a semester in Spain and transfer to a four-year college such as one of the Universities of California.

To unwind after her long days of school, tennis, and work, Smith enjoys running and making music. “I’m really into music. I love to sing, and I’m learning guitar right now and writing music,” Smith said.

As for tennis, Smith doesn’t seem to see any end in sight, saying, “Tennis is a sport you can carry your whole life. I hope to continue playing through college, and then I hope to keep playing afterward.”