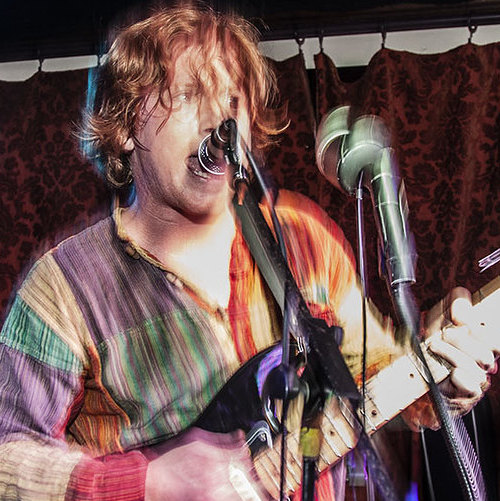 Loud music, a bar packed to the brim with a crowd people and the band whose music packed the room. The Pour House in Oceanside had all this Saturday, March 9 as the San Diego Music Awards (SDMA) showcased nominated local artists. One of these nominated artists was local alternative band Aviator Stash nominated for best indie/alternative act.

Made up of vocalist Greg Kellogg, keyboardist Frank Inglis, drummer Tyler Pinto, guitarist Sal Russo, and bassist Disraeli Odalys, Aviator Stash is a local alternative band who are influenced by each of their own individual takes on music, giving them a creative and unique sound.

“Each individual person has a different musical background and different taste” Disraeli says, “we’re able to work together where we can put different elements of that into what we do”

Being the last performance after Nina Francis and The Oxen, two other nominees, Aviator Stash packed the house with both newcomers and long-time fans who danced, drank, and sang along as the band played songs from their album “Prescribed”.

The people in the audience would frequently shout out, some occasionally saying how much they love the band one man even got up and sang with them for a minute.

Each member of the band had an opinion on where they wanted to take it but the main consensus was to grow and start being able to play for larger audiences.

“We’d like to get into playing festivals and always bigger and better venues.” Disraeli said

Mainly, they just want to keep making music and keep playing for those who enjoy what they do, “playing shows, you enjoy and having people respond to your music, I thing that’s more important to most musicians than other things” Frank said

Aviator Stash, along with many others were featured in the San Diego Music Awards which was held Monday, March 11 at the House of Blues in Downtown San Diego.