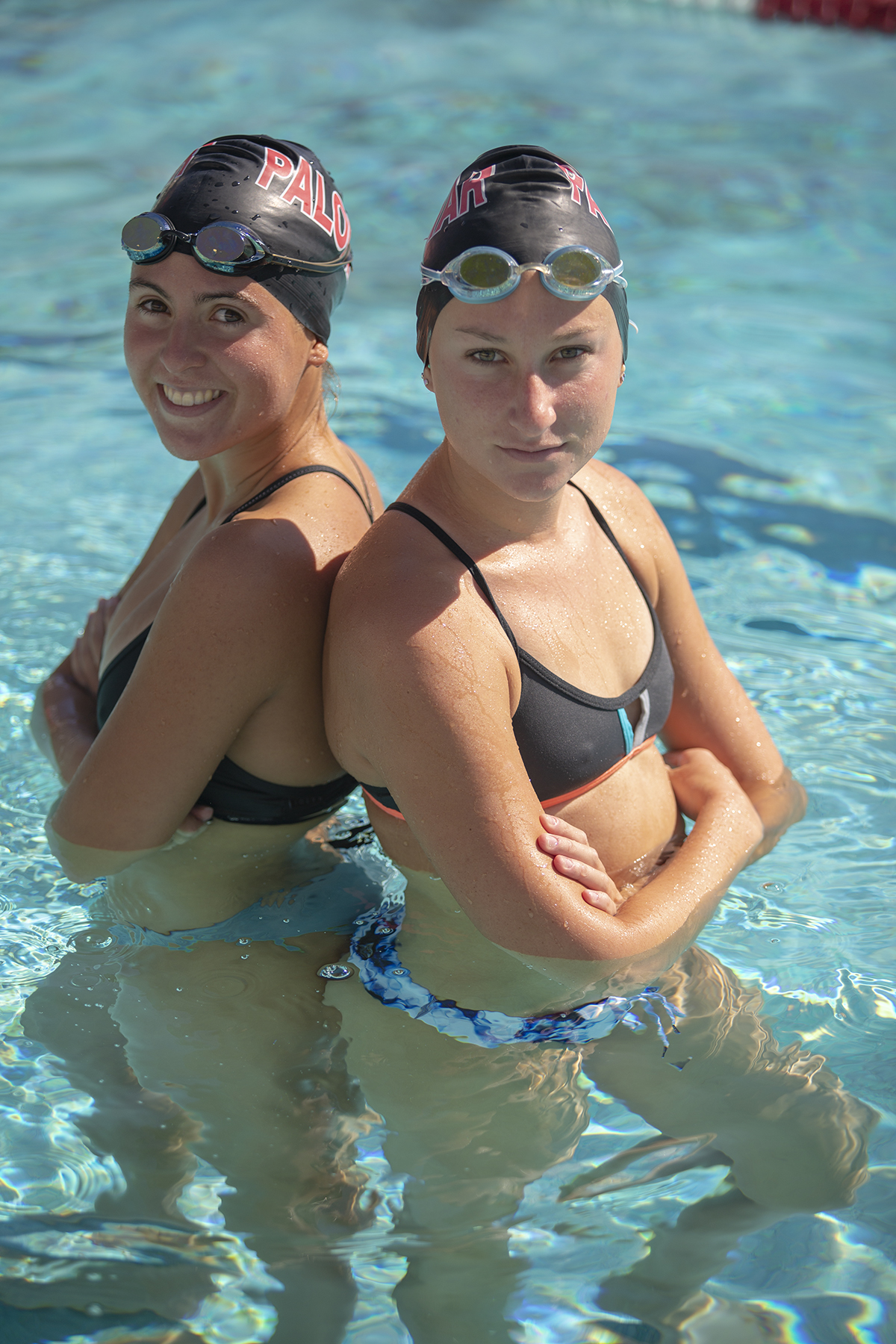 Spring has sprung and there’s hard work to be done for two returning swimmers who raced to an 800-yard relay championship last season and have high hopes for competing this semester.

Madalyn Johnson and Violet Stewart are steadfast swimmers when it comes to training for a conference that occurs middle of April every year. They broke the record during spring 2018, eventually moving on to state championships and winning first place.

They were nonchalant pre-competition, unaware of the big moment to come.“I was just expecting to race really fast roles and we ended up forming a team between us two and another two other girls that have already transferred over,” shared Stewart, “Super gratifying.”

Of course it’s not all butterflies. The girls face challenges, from the practical to the personal. Johnson had to adjust going from sprinter to distance; Stewart is recovering from a back injury due to a car accident in high school and faced an emotional challenge last year as her mom was diagnosed with breast cancer, “Swimming was my escape. I would come to practice and that’s how I would let my emotions out.” Both girls continue to compete to the best of their ability despite discomfort and disability.

It’s also not all about success but also the process, “How did we even get there? That’s the story,” Head Coach Jem McAdams said.

In preparing for state last year, they cut their yardage a week before to rest their muscles. It’s an exhausting experience having to get back into shape in a short period of time to swim faster. “It’s really grueling on the body but it’s also really mental,” Stewart expressed. For the upcoming season Johnson and Stewart started training four months before everybody else. Swimming with Coach Scott’s club team got their yardage and endurance up to feel a lot stronger at the start of the season.

Swim is not just competition but also a lifestyle for them, going from pool deck to pool deck. Johnson enjoys swimming in the mornings and is a lifeguard for Palomar while Stewart coaches little kids.
“I’m ready to be old and join the masters team,” Johnson said with a laugh, “That’s the first thing I’m doing after summer, I just love it. I can’t imagine not swimming.”

With this year’s swim team being the smallest it has ever been, it’s enjoyable for the swimmers in both training and social aspects. Teammates get to know each other on a personal level with more integration and interaction. Coaches get to better focus on building upon their strengths.

There have been two state championship relay teams within his 27 years of coaching. “They are both really hard workers, very focused, very determined. Another thing is they really both enjoy swimming and are conscientious as students,” shared McAdams.