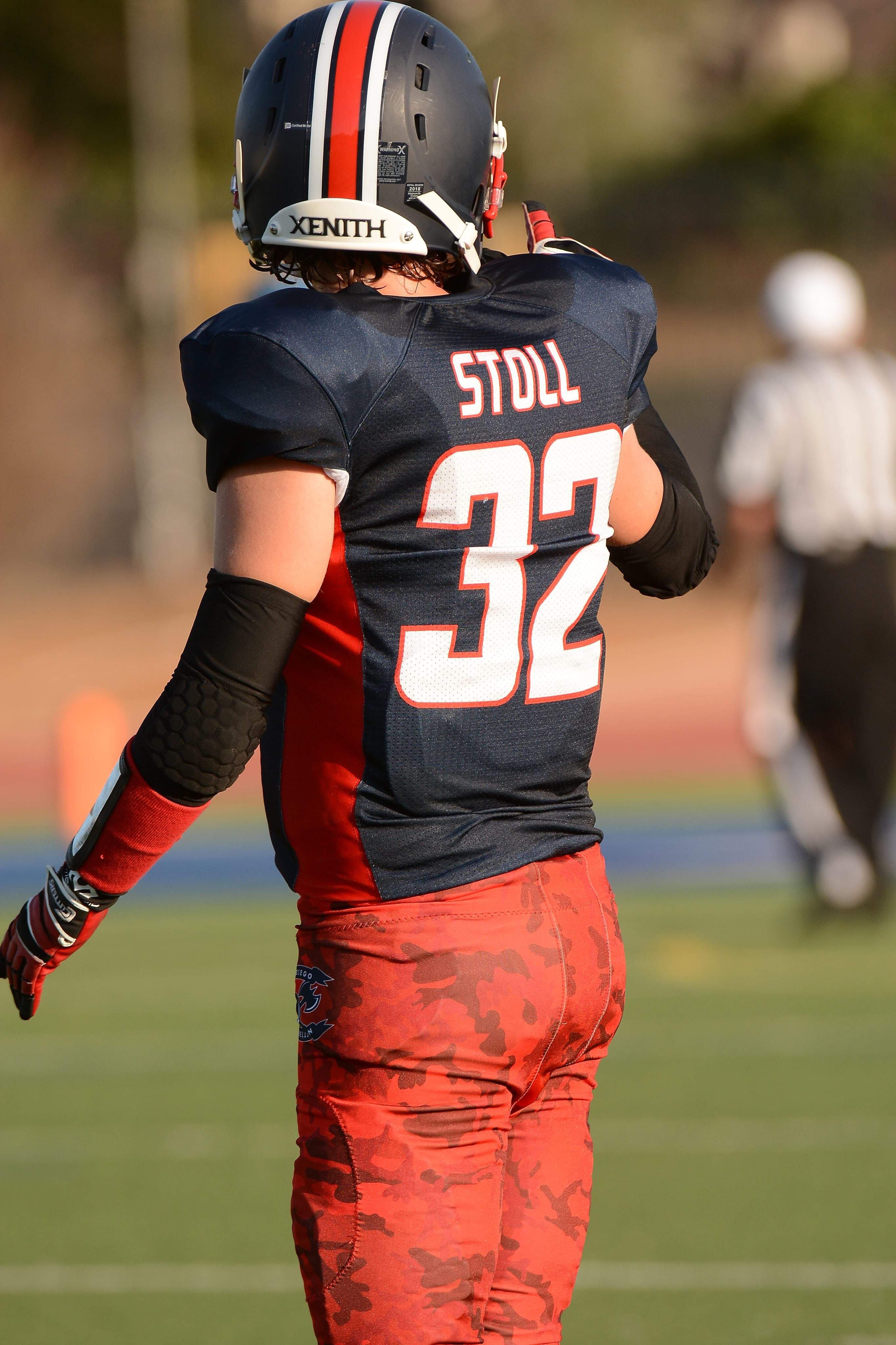 It’s the NFL offseason and football fans everywhere are waiting for football to return.
The wait is over.

One player in particular for the Rebellion is Christin Stoll, a technical assistant in the Palomar College Media Studies Department, entering her second season playing in the WNFC
Stoll discovered the Rebellion when she was doing a photoshoot for Tido Smith, who at the time was the head coach of the Rebellion and a varsity coach at Orange Glen High School in Escondido. He invited her out to a practice and she really enjoyed it.

Stoll said, “I love football. I always wanted to play since I was a little girl.” She never had the opportunity to play in high school, so she jumped at this opportunity.

The Rebellion formed in 2017 and played their first games in 2018. Stoll was one of the first rookie players to join. Her third practice in, she broke her elbow. Most of the team thought she wouldn’t return, but she returned in plenty of time for the 2018 season.

The team is co-owned by Knengi Martin and Katie Ott. This year, Martin is also the coach and quarterback of the team. Martin described Stoll, nicknamed Stolli, as “Someone who has gone above and beyond what anyone could ask of her both on and off the field.”

In her first season, Stoll mainly impacted the defensive side of the ball. She’s been working hard all offseason to become a threat at the wide receiver position. She’s spent countless hours outside of practice working on routes and running hills with Martin.

Martin said, “She is what every coach wants because of her desire to learn and always improve… she is a team player and is always trying to help others.”
Stoll’s goal for this season is to score a touchdown. After all her hard work in the offseason she is ready to help the Rebellion produce wins.

Stoll and her husband, Peter Stoll, have organized all of the Rebellion photo shoots, practice footage, and Facebook Live Streams for all the games. Martin said, “They’re a major part in growing the brand of the Rebellion and women’s football as a whole.”

The season is now underway. You can watch Stoll and the Rebellion on the San Diego Rebellion Facebook page on Saturday nights.