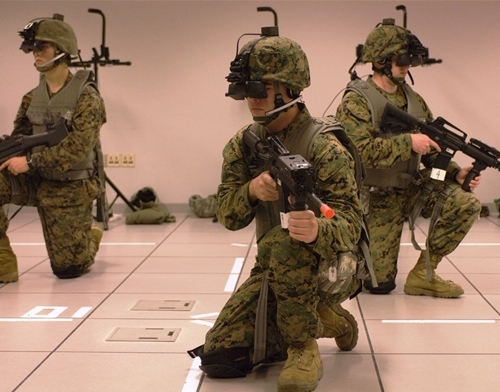 Video games are being used to train for high skill jobs

Over the past years of rising digital technology and popularity in gaming, researchers have found a new way to use graphic animation in order to improve the skills of two very important areas- the military and medical fields.

A large percentage of millennials have grown into a world of expanding electronic devices and consoles, causing them to be advanced more when using technology compared to older generations. Those who are younger are now starting to be teachers of these new devices to the older portion of society.

Originally invented for the sheer pleasure of those who purchased them, people are now thinking of more smarter ways to modernize games and accustom them to teach different skills, such as diagnosing a patient in a hospital and performing incisions for training doctors. There are also games that accurately train military personnel to aim a gun in a battlefield, or even simulate bomb detonators and risky situations.

These are said to have helped teach new recruits with the tactical strategies of our modern day warfare, as well as show a few geopolitical goals that the military strives for, as explored in an article from We Are The Mighty. There have been instances when someone has decided to help fight for their country because of the influence video games have had on them.

For example, a little over ten years ago, Super Nintendo collaborated with the U.S Army in order to design a game to cheaply train the shooting skills of army recruits, in a fun, yet simple way.

It was called the Multipurpose Arcade Combat Simulator, and it improved skills by giving a score and rating based on how well players aim and fight off enemies. All it consisted of was a small television screen and a synthetic rifle connected to it through a long wire.

Although this was a long time ago, it was a start to what now is changing the way we learn and improve on tasks. Another game released in 2017 called “NightShift”, was created to help assist new medical students in the process of recognizing severe injuries and treating different types of trauma.

Researchers have discovered that around 37 percent fewer mistakes were made during surgeries for doctors who had spent at least three hours a week playing ‘NightShift’, or games similar to it, according to an article by CBS News. This is because video games have been believed to help hand-eye coordination, organization and teamwork.

As a result, a portion of society believes that this could be a new door to a world of opportunity for our future employees and government, and the rest think that it’s all just a cheap method to train important people improperly.

The only way we’ll be able to find the truth of whether this will really improve the skills of workers over time, is to wait some time and notice a significant difference. Until then, companies will continue to strive to make better training games for many different types of professions.