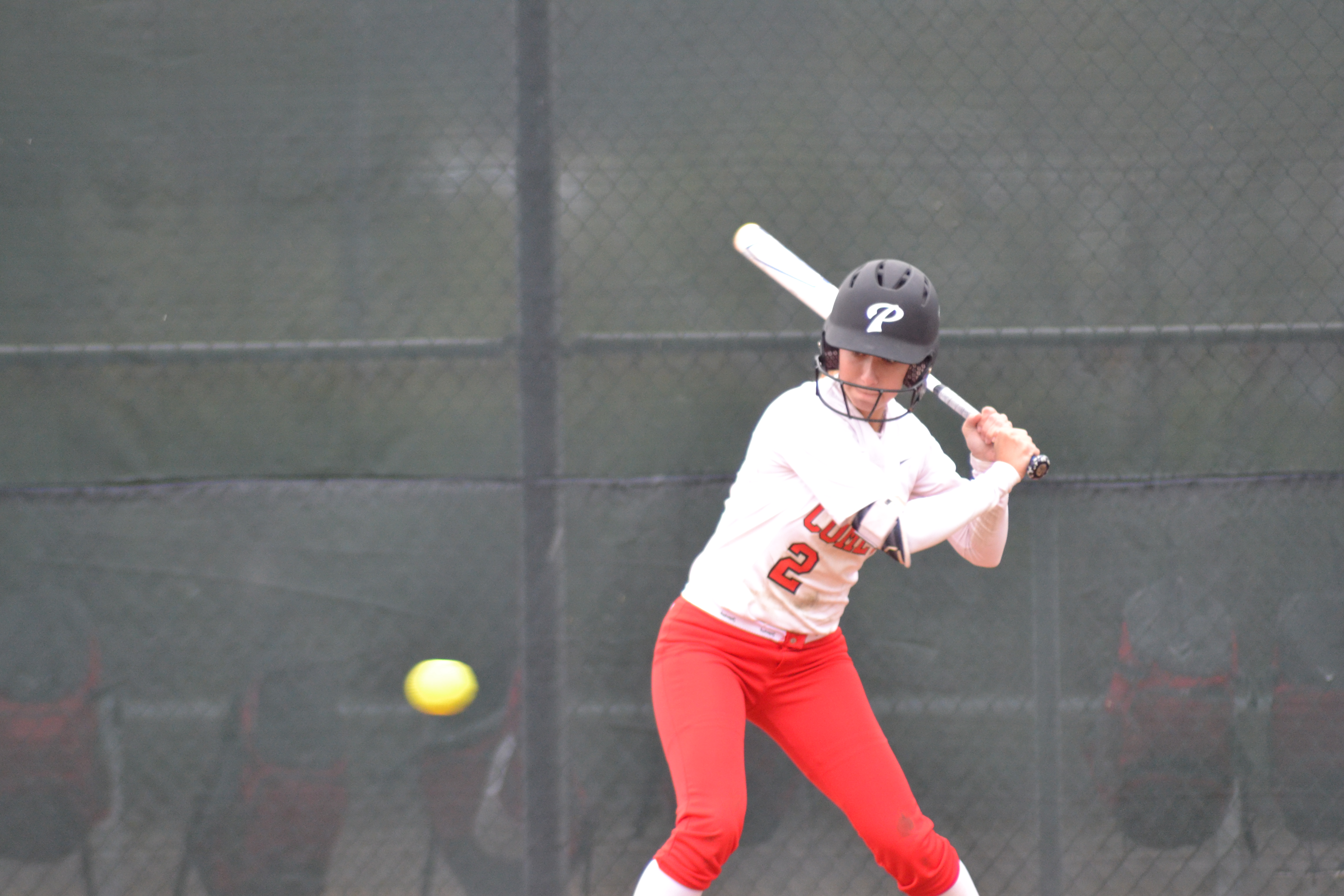 To some Pitchers Kylie Pignone may look like an easy out, havinga smaller build, not the look of a typical power hitter. But beneath the Palomar brim is a fierce competitor that tallied a .450 batting average and the ability to score 49 runs in 39 games last year.

Leadoff hitters are valued not just for their hitting, but also the ability to just not get out. They hustle, they work the count, they bunt, they walk, they steal, they frustrate defenses and pitchers any way they can.

“Being a lefty, she could hit and slap and bunt. She brings a little chaos to the lineup,” said Team Manager Lacey Craft. Leadoff hitters are not known for their power. Pignone defies that notion by finishing in the top six on the team in slugging percentage (.595) with RBI’s (34) and four triples. “Pignone is unique because she does have power from the left side too, that makes her fun to watch and harder to pitch too,” Craft said

Pignone comes from years of experience and what Coach Craft calls a really good softball IQ. Despite being on a new team and having a wrist injury last year Kylie was still able to finish in the top three on the team for, hits (59) and on base percentage (.497), earning herself first team honors for the Pacific Coast Athletic Conference. “She transferred in and made an impact right away,” Coach Craft said.

After graduating from San Clemente High School in 2017 and with years of travel ball under her belt, Pignone left her team at Division one Coastal Carolina University in 2017 to find a better fit academically and athletically. “ I grew up wanting to play college softball. So for me having the opportunity to play and then transfer on is a huge goal of mine,” Pignone said.

Along with rounding the bases Pignone also faces a full round of classes in pursuit of a degree in Nursing. Pignone says that she has developed her work ethic and time management skills as a result of becoming a student-athlete.

Although Palomar went undefeated in conference ball and finished 2nd in the whole state many students have transferred on from the 2 year college to the next level, making Pignone’s role as a returner important to younger players.

“She is a leader by example, coming to the field early and getting some reps off the tee. It really sets the standard for the type of work ethic we want our freshman to have,” Craft said.
After suffering a shoulder injury and getting surgery over the summer Pignone is already back to full strength scoring 15 times in 13 games this season.

On defense, the usually quiet Pignone revealed another side, whether it was calling off fly balls, encouraging others or shouting the cut-off to her teammate. Pignone’s ability to adapt and use the tools she has make her a well rounded person which is helpful on and off the field.

By using her speed, her instincts and and her experience Pignone is able set the tone for the game, right off the bat. Coach Craft calls her a really effective communicator with great fundamentals.

Going undefeated last year in the PCAC conference doesn’t phase Pignone “I don’t mind the pressure, I like staying nice and relaxed to be able to hit the ball,” Pignone said. If a leadoff hitter is supposed to create chaos, Pignone has that under control.”