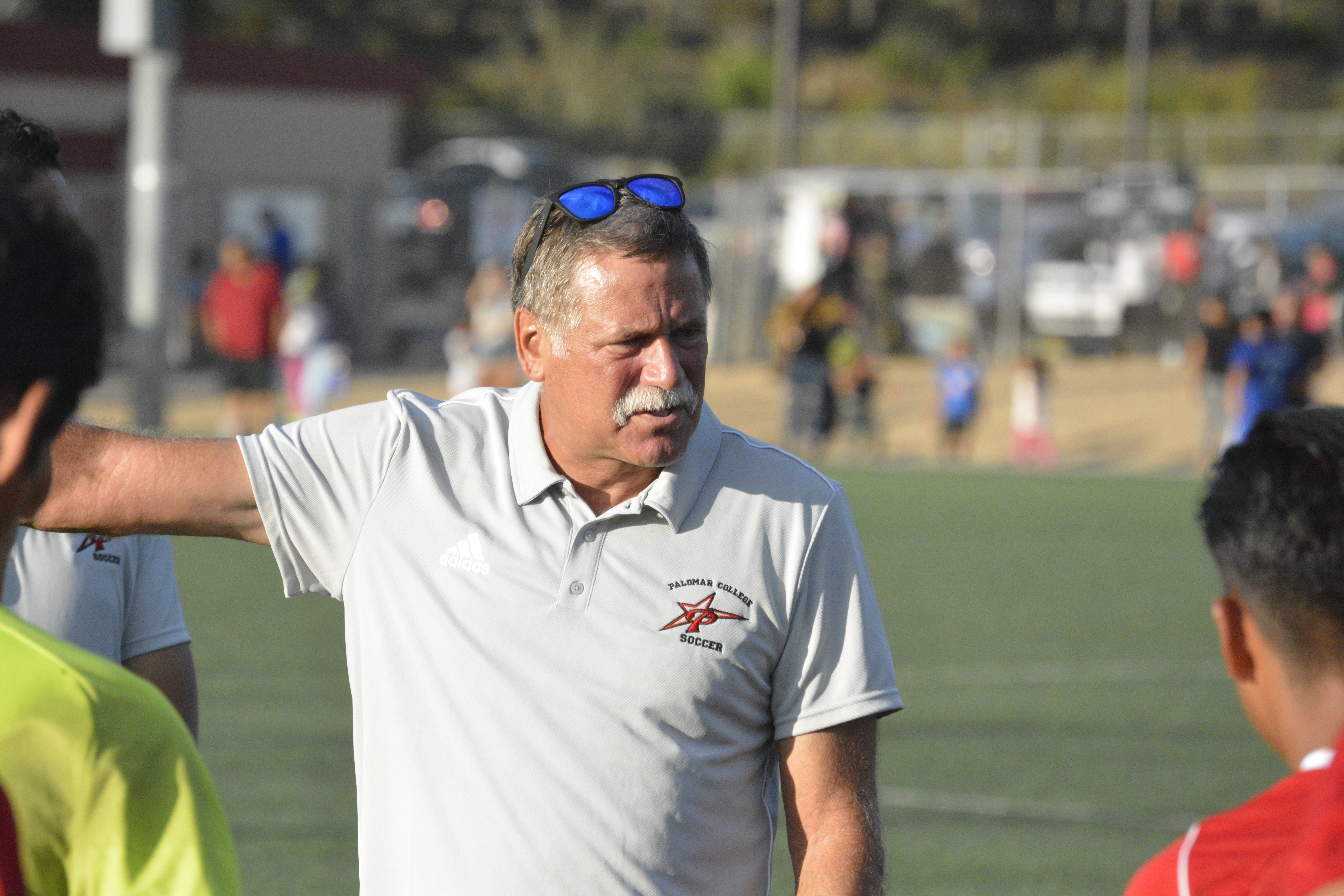 Palomar Comets soccer have been off to a rough start in the season for both men and women, but their coaches are unphased.

The Comets’ soccer teams are entering into what could be a rough season. The women have been dealt four straight losses already, and are in need of turning things around. The men are performing slightly better, enduring half as many losses, while grabbing one win and a tie in their first four game.

Women took their losses from Santa Ana, Saddleback, Southwestern and Golden West colleges, each of whom are currently placing at or above a .500 win percentage. However, last season began similarly with three losses and a tie, but the team was later able to string together enough wins to end up placing second in the division.

Women’s Head Soccer Coach, Hector Hernandez, is hopeful that with his roster of returning star players, they will be able to 2018 into a successful season.

“We got a lot of our award winners from last year,” Hernandez said. “So our defender of last year was Jesse Rojas, she’s a returner, then our offensive player was Yuliana Sanchez, and she is also a returner, and then our MVP last year was Samantha Kaye-Toral and she is our center midfielder and she’s coming back.”

Moving forward, Coach Hernandez’s primary goal is getting the team to start bring about productive results from their scoring opportunities.

On the men’s side, however, Coach David Linenberger is facing a different issue, communication.

“I’d like to think it’s because we’re a new group, but I think a lot of it is because we’re lacking leadership on the field,” Linenberger said. “I think that is a big hurdle we need to get over right now.”

Currently, the men stand at the number three spot in the division with a .375 win percentage, already seeing a significant improvement on last season where they won just three out of their 21 games and places second to last in the division.

One of Linenberger’s goals for this season is to finish better off than last year, noting specifically that he was aiming for the top half of the division chart. He believes that one of the greatest assets to the team’s ability to do that this year is their speed and ability to hold possession of the ball.

Looking toward future games, both coaches are maintaining their optimism and rushing to iron out the flaws in their team’s game. To keep up with Comet soccer and how the teams are doing, you can go to the Palomar Athletics website at www.palomarathletics.com