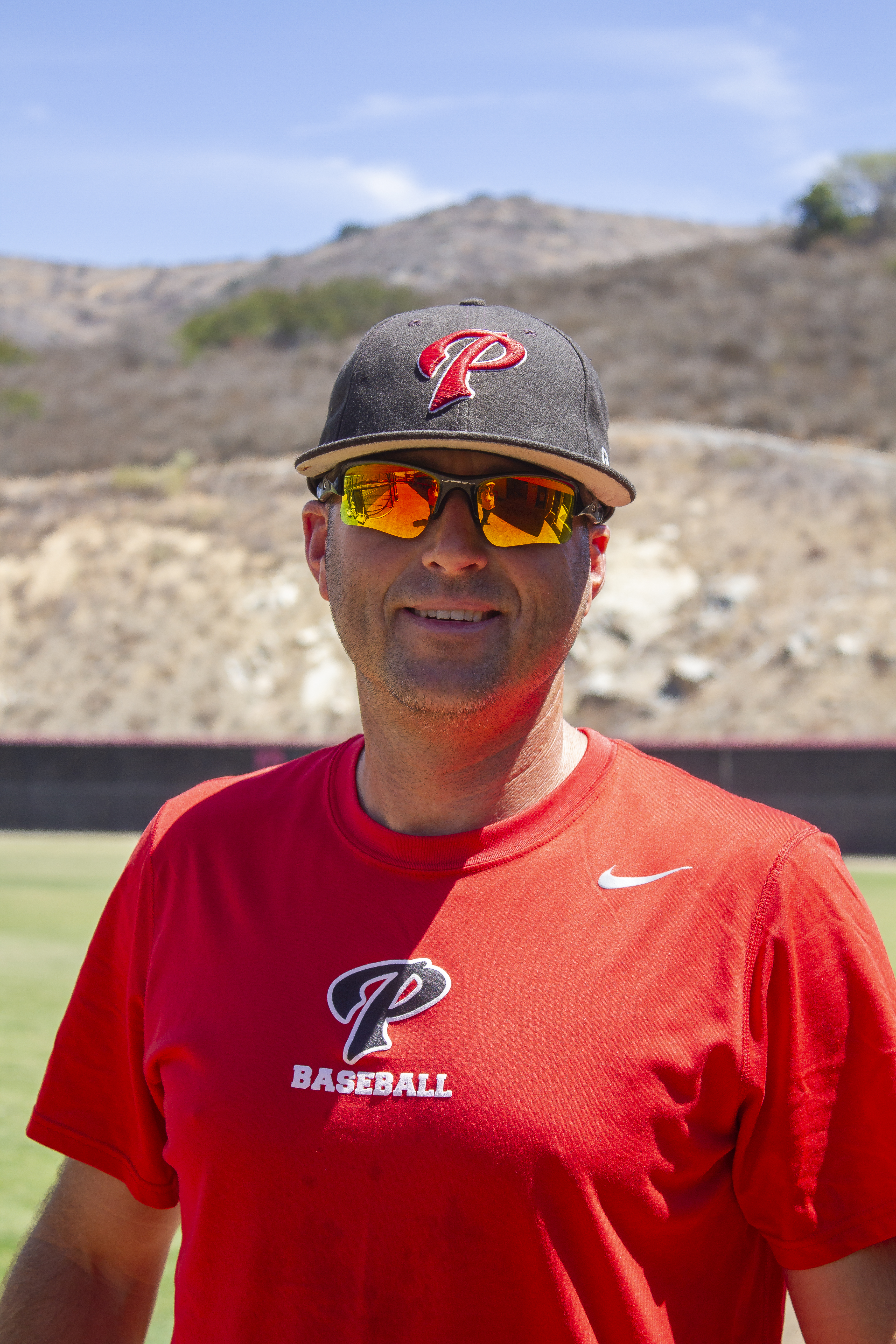 Comet’s baseball new head coach is looking to build upon the successes of his predecessor.

Coach Ben Adams, who was appointed as the Comets’ new head baseball coach has been a staff assistant at Palomar for 14 years. He hopes to continue to build upon the successes of the previous head coach, Buck Taylor, who over the summer accepted a position as the new pitching coach for Kansas State University.

Both Taylor and Adams were brought to Palomar as assistants to former head coach Bob Vetter, who was entering his final season as head of the program, and who later became a Hall of Fame inductee for the California Community College Baseball Coaches Association.

This will be Adams’ first time operating as the head of a collegiate baseball program in his career but Athletic Director Scott Cathcart believes him to be more than up for the job.

Citing the longtime Palomar assistant’s experience in all facets of coaching at the collegiate level, Cathcart said he looks forward to “the continued success of Comet Baseball under Coach Adams’ direction.”

It does’nt seem as though Coach Adams plans on shaking things up. “As far as how the system works and what we’ve done or haven’t done I don’t see that changing all that much, I think it’s been pretty successful,” Adams said. “If it isn’t broke don’t fix it.”

Consistency seems to be the key for Adams as he has been coaching at Palomar long enough to see what works and what doesn’t. “I think there will be some nuances I’m sure, or different emphasized points I find are important to me as we go along but as far as the character of the program, that won’t change.”

Probably the most significant change Coach Adams would like to make, is a simplification of the team’s current system. “I would rather do some things very very well than do a lot of things average.”

In recent years Palomar has made multiple post season runs brought about by strong recruiting and player development. Coach Adams believes this year to be no different. “I think the incoming group is good, it’s talented. We lose a lot (of players) every year so it’s more about reloading than rebuilding. “Adams said, “It’s just a matter of putting all the pieces in the right place.”

With the team losing about 21 players from their 2018 roster, Adams has his work cut out for him.
There is certainly a program wide emphasis on getting student athletes into four-years which is a clear reflection of Palomar baseball’s long history of successful recruiting. “Just how the background of the program has been as far as transferring students out is more so the backbone of the recruiting than the wins and losses. ”He doesn’t seem the least bit worried as he handled all recruiting efforts in the previous years.

The Palomar baseball team is regularly a top three finisher in the Pacific Coast Conference (PCC). Just last year the team was able to secure a spot in the playoffs on the strength of a 28 – 17 overall record and a 17 – 7 conference record, good for a first place finish in the PCC.

This year, Coach Adams expects to be right back in the post season as he explained how the expectation every year is to win games and advance as far as possible.

Palomar’s baseball program has tried to hold itself to a standard of excellence that each team should live up to. Ben Adams is no stranger to these expectations and has a strong belief in the program’s current system.