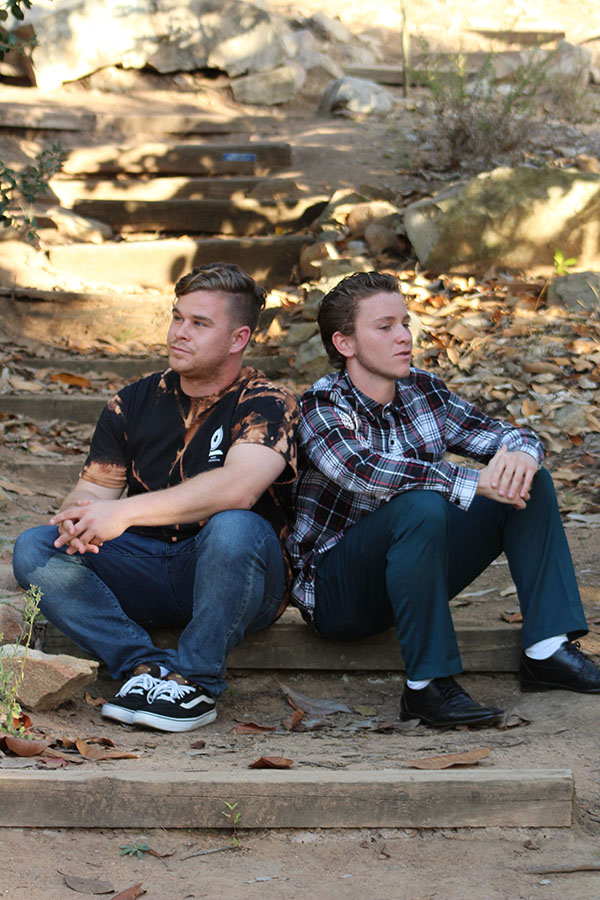 It only takes one seedling of an idea to spark a change in thought, to spur on a movement, and two brothers are looking to do that through music.

Unify Collective isn’t necessarily a band, it’s more of a movement, a mentality as bandmates and siblings James “Thetic” Mudrak, 23, and Jake “Peace Manuel” Webb, 16, explained. What started as a doodle of a record label in 2013 of people holding hands quickly became a mantra in the form of a collective in gathering artists to breakdown societal barriers, said the two.

“Our mission here at Unify Collective is to bring people together through our music not only physically, but mentally,” Mudrak said. “By making music with impactful messages to our youth it helps break spiritual, cultural, and mental barriers, which leads to a positive change within a community through musical enlightenment.”

Their music is a mixture of West Coast G-funk and a flavoring of strings from Reggae influences. Mudrak began rapping at the age of 11 and Webb has been rapping since he was 9.

The idea of unity can form from one simple lyric, one single note to register change within the minds of any individual that could possibly alter their life forever. The idea of unification through music is done everyday without the realization of the listener, but Unify Collective has made it their mission to have a unified mindset of peace, love, and prosperity in order to uplift and enlighten one another.

“When you’re at a concert you’re being unified,” Mudrak said. “We want people to listen to our music, take away the knowledge we distribute and apply it to your life to breakdown that boundary that society has built.”

The two musicians tend to write music together as often as possible whether at school, sitting at home or any common place where they feel the creative flow. They use leather bound books and notepads to really feel their music on the paper.

Mudrak, an English major at Palomar, says that the college has helped him in the music process by creating inspiration in the interactions he sees on campus and through his classes to form their latest work “Perspectives of the Illusion.”

Webb, a San Marcos High School student, is the primary producer for the band; mixing and creating beats as often as possible while he writes.

While only the two bandmates make up Unified Collective they’re looking for like minded creatives of all artistic avenues from artists to performers to fully form the collective they bear. To listen to the band’s music visit www.unifycollective.com.