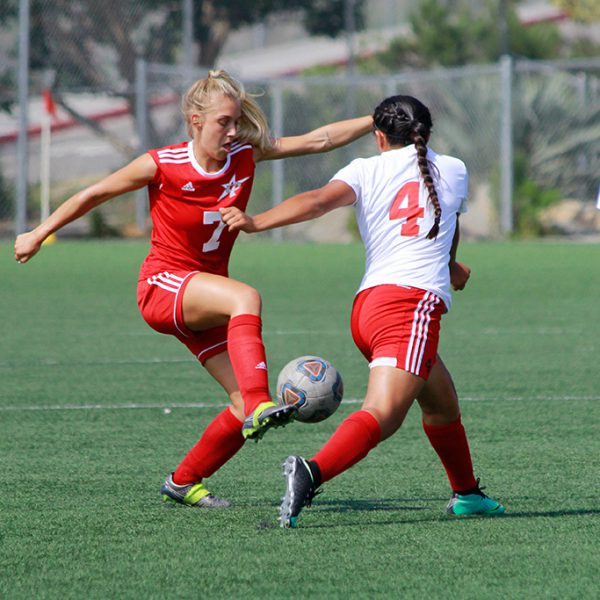 Palomar’s women’s soccer team hasn’t gotten off to the greatest start this season after recording two losses and a tie in their first three games.

Head coach and Palomar alumni Hector Hernandez still have a positive outlook on the season citing the talented, but young team he has to work with this year.

Hernandez likes to adjust his team according to the opposition’s formation, but he always tries to play attacking soccer, with his fullbacks coming up into the final third.

But he has an arsenal of new talents as well.

Freshman Michelle Skupnjak, who has previous experience with the Croatian national team, has already managed to record a goal and an assist in a game and a half before she hurt her quad against Santa Ana College. She’s expected to be back soon.

Samantha Kaye-Toral, another freshman, is a versatile player who can line-up anywhere on the front line or midfield. Kaye-Toral plays an aggressive style, making good runs off the ball and strong tackling.

The team will have to start turning its talent into results if they want to compete in the conference this season as they have already slipped to fourth in the PCAC as of Sept. 7.

It’s still early days in the season and a turnaround is still possible.