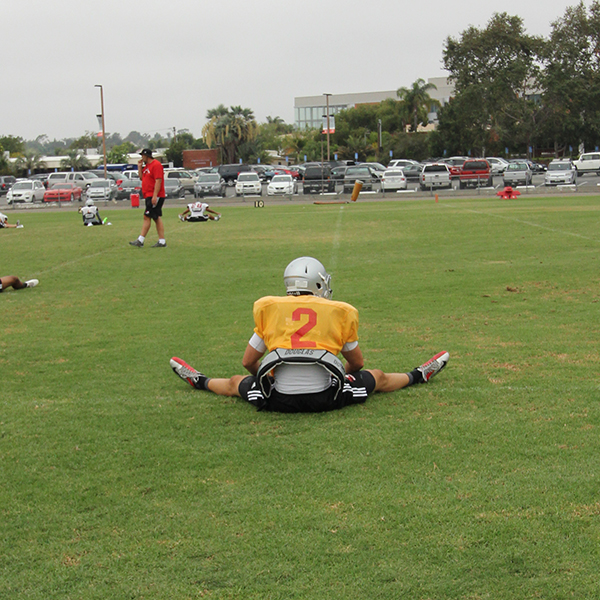 Palomar Football is Back!

The Comets look to redeem themselves this season after a disappointing 4-6 record last year.

The Palomar football team started off the season with a 38-31 victory at Southwestern College on Sept. 2.

Last season the offense struggled to keep their passer protected in the pocket throughout the season due to injuries within the offensive line, and the lack of players available. However, Coach Joe Early affirms that there have been positive changes this season during team practices.

Quarterback Matt Romero makes a second year return to the team as a sophomore this season. Having a returning quarterback who has familiarity with the offense will have an impact this season.

“[Romero] is gonna come back and the game is gonna be slowed down for him and he’s gonna understand what he’s looking at, and have ways to move the ball,” Coach Early said.

Ross Ebert, backup quarterback is making a return as well. Early said that he has been getting some reps at practice as well, and should be expected to be getting playing time this season.

Palomar will be heading into the season with the hopes of turning last season’s losses into lessons.

A preseason scrimmage against Riverside Community College served as a measuring tool to evaluate the state of the team. Coach Early said that they were able to draw out the positive and the negative aspects of the game.

Coach Early said the Comets are grinding towards winning the conference and making a postseason trip, something the team hasn’t been able to accomplish in the past two years.

Palomar football will play their first home game on Sept. 16 at 6:00 p.m. against Cerritos College at Escondido High School.