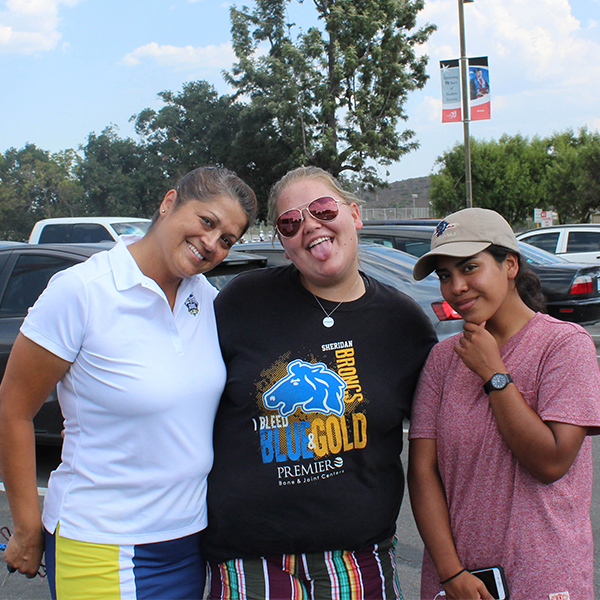 Hard work and fun are the best two words to describe this year’s women’s golf team.

Coach Mark Halda is entering his ninth year heading up the golf team and he is sticking to the same game plan he has always had for getting the best out of his golfers.

Women’s golf has had a history of struggling to fill a roster, but this year the team has fulfilled the minimum requirement of four golfers.

Michelle De La Cruz Luna is the only returning golfer from last year and Halda heralds her as the most improved golfer from the previous season.

Victoria Owen hails all the way from Sheridan, Wyoming and she still refuses to drive on the freeways of Southern California.

Vendella Lunde is described by Halda as a home school prodigy from Temecula.

And finally, Abby Douglas is an administrative assistant in the chemistry department, who has decided to go back toschool and is the willy veteran of the group according to Coach Halda.

“I’m confident with my chance with this bunch. I’m honestly extremely happy with the team… There’s some special chemistry,” Halda said.

The team competed in The Desert Classic Invitational on Sept. 1 and 2 at College of the Desert against 11 other schools. They finished 10th with a composite score of 761, a whole 118 points behind leaders Santa Barbara. There’s still a lot of work to be done.

“Whatever happens this season it comes down to the hard work and fun we have this year,” Coach Halda said.