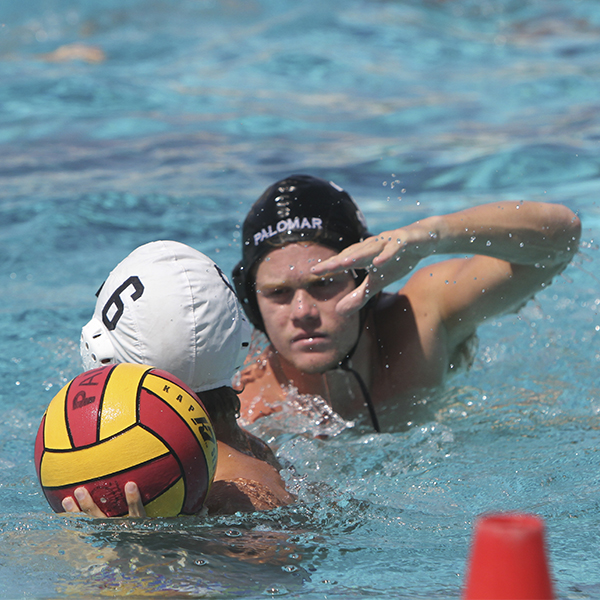 Palomar College men’s water polo team is ready for an exciting season with help from their new head coach.

After last seasons win in the 2016 Pacific Coast Athletic Conference (PCAC) the team is on the rise with new coaching techniques. The team finished the season 19-8.

Moffatt is a ex-Comet water polo player, his past experience playing for Palomar will shape the team for this season.

“Becoming the head coach for the water polo program is an exciting opportunity, especially since I played for this program (’10, ’14 seasons), and was the assistant coach for the ’16 season, so it seemed to be the natural progression,” Moffatt said in an email.

The team is known for their great offense which is characterized by how effective they are as a team. Men’s water polo is a very competitive sport and therefore requires high amounts of discipline, dedication and teamwork to get the work done.

The team practices daily at the pool for about two hours to increase their performance and standards. The team focuses on training throughout the week in order to be prepared for the games which are usually on Fridays or Saturdays.

“My expectation is to execute the basics and compete well from start to finish,” Coach Moffatt said.

Moffatt will bring fresh ideas to the team to provide excellent teamwork and guidance both physically and mentally for a successful season.

“We are looking forward to defining this year’s team, throughout the season, rather then focusing on seasons past,” Moffatt said.

Mens water polo is preparing for a good season with contributions coming from both the coach and players.

Men’s water polo’s upcoming game will be on Friday, Sept. 15 at the Mt. SAC Tournament. The opponents and times are still to be announced.