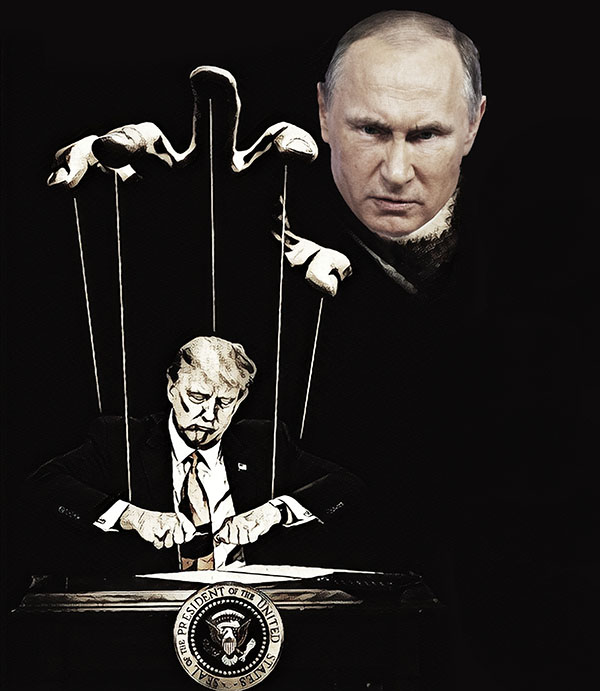 Vladimir Putin tried to influence the 2016 presidential election and is possibly influencing the president himself, and yet not enough people are taking this seriously.

According to an official statement from the U.S intelligence community, “Russian President Vladimir Putin ordered an influence campaign in 2016 aimed at the U.S. presidential election. Russia’s goals were to undermine public faith in the U.S. democratic process, denigrate Secretary Hillary Clinton, and harm her electability and potential presidency. We further assess Putin and the Russian Government developed a clear preference for President-Elect Donald Trump. We have high confidence in these judgments.”

The report stated that Russia hacked the Democratic National Committee (DNC) and the personal email account of John Podesta and released the documents on WikiLeaks. These documents included emails between DNC chair members showing favoritism of Hillary Clinton over Bernie Sanders, and emails between members of the Clinton campaign, none of which made Hillary Clinton look good as a candidate.

As for how much these efforts actually influenced the outcome of the election, it is still unclear. However, the very fact that there was an effort by a foreign power to influence the democratic process should be alarming, and yet President Trump has only responded by calling these reports “fake news” and claiming they are an attempt by Democrats to de-legitimize his presidency.

This is on top of reports over the last year revealing connections between Trump’s campaign and administration and Russian officials, including Paul Manafort, Trump’s campaign chair, and Mike Flynn, who resigned for lying about conversations he had with Russian Ambassador Sergey Kislyak.

Some may claim that it was a good thing that the Wikileaks documents were leaked. After all, they did reveal that there was favoritism in the DNC for one candidate, and that is not how a free and fair election should be held.

However, the problem is that the actor is the Russian Government, and that Vladimir Putin is attempting to exercise his power over the U.S. Federal Government in ways that threaten our sovereignty.

If our elections are influenced by the actions of foreign powers, especially powers that are our rivals on the geopolitical stage, then that means that we are no longer a truly sovereign democracy. Instead, we are under the yoke of a government that doesn’t care for our interests as a nation.

Putin has demonstrated that he supports right-wing nationalism and populism not just in the U.S., but in parts of Europe as well. Back in 2013, a pro-Kremlin think tank called the Center for Strategic Communications published a paper which stated that many groups in the west oppose the cultural left’s support of feminism, gay rights, and multiculturalism. The paper called for Putin to become “The New World Leader for Conservatism.”

Putin seems to have embraced this role, supporting nationalist movements like Brexit and France’s far-right nationalist candidate, Marine La Pen, who borrowed $28.7 million from Russia to fund her campaign.

All of this should be enough to make us question the legitimacy of Trump, but the best we have is an impotent investigation led by Devin Nunes, who recently decided to speak with Donald Trump about secret information pertaining to the investigation before sharing the information with his own investigative committee.

Both Democrats and Republicans should be concerned about this. It is a legitimate threat to our ability to self govern, and yet, the people in Washington seem more inclined to either sit on their hands or worry about other partisan squabbles.