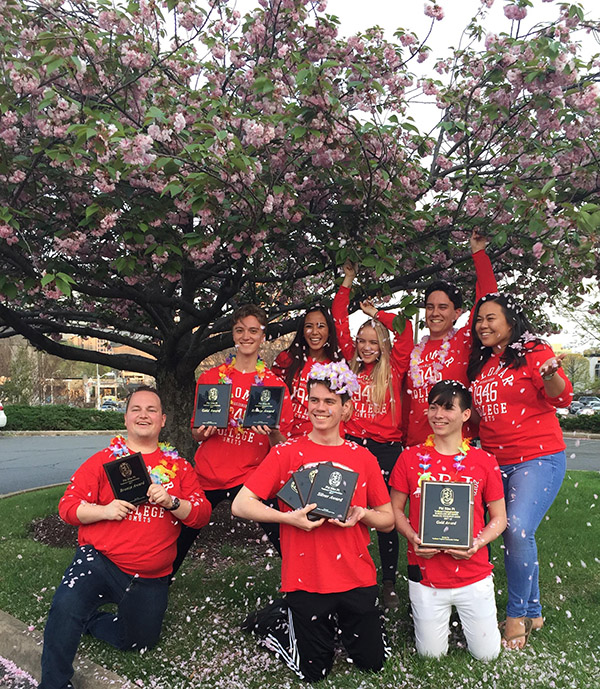 The Comets debate team attended the Phi Rho Pi tournament in Washington D.C that started on April 11, and concluded the following Friday. Community Colleges from across the country visited with the intention of showing off their debating prowess. For Palomar, it went about as well as they had hoped.

Six awards were handed out to the Palomar debaters including Matt DuBurg, James Nee and Jacob Tucker who led the way to a successful trip for Palomar.

Nee won three plaques for his efforts. “I think the event went spectacularly. There’s a lot of camaraderie, enthusiasm, energy, and a lot of our work throughout the season paid off,” Said Nee. He reflected that his performance in past contests have been a disappointment and mentioned that it didn’t sit well with him. After not placing in the last competition, Nee vowed to make a much larger effort coming into this tournament. “One of our coaches always tells us that trophies are a side effect of excellence. We were there to do our best. We took this seriously,” said Nee. He emphasized that having a competitive mindset helped them to realize their potential.

Tucker said that the trip to D.C was a complicated one. The team had their flight canceled and had to stay in Austin, TX. They went to Houston after that, then Denver, and then finally D.C.

Tucker brings up the fact that the closeness of the team helped make the stressful trip more manageable.

This win was something that Tucker had been eyeing for weeks in advance. “I was glad I was able to win at a national level. This was the best I’ve ever done.” This was Tucker’s last competition and says that he hopes the debate team can continue to develop and grow. “Pretty much everyone on this team was brand new. A lot of these guys are coming back and my hope is to see them hone their skills and see them rise to the top.” Tucker said he is hopeful for the future of the Palomar debate team and thinks that tournaments like this will lay the foundation for a winning culture.

Matt DuBurg had high expectations for this contest as well. In the heat of debate, he stated he prefers the Parliamentary debate style, which requires a partner and a limited amount of time to study and then argue a specific point.

“I always want to do well and take gold in everything, but I know the healthiest mindset to have is to learn as much as I can. It was absolutely a great learning process,” said DuBurg. DuBurg plans to return to the debate team next year and to continue to help his team make as many improvements as possible. He says what they’re looking for in the future is expansion and to increase the number of participants as much as they can. “I think we had a solid team, but I think the best thing that can happen to this team is to bring on as many new people as possible.”

These debaters brought up how special of an event it was to have this positive experience with their teammates. The ability to grow and learn with this group was something that they all took seriously and were grateful for this opportunity. They still urge anyone interested to join the team and stated that they always have room for more members.