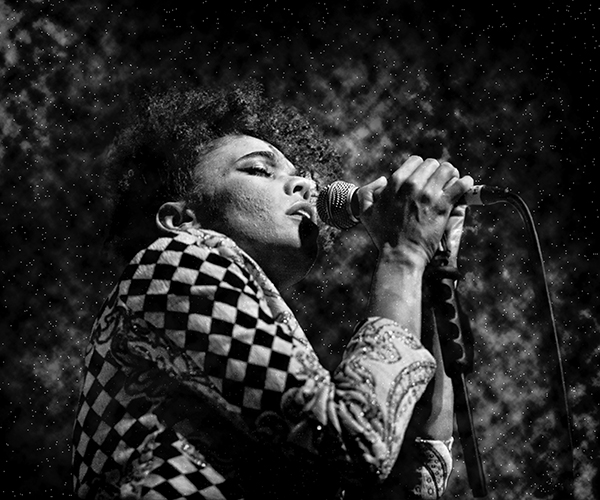 As a generation obsessed with the aesthetics of unearthly beings, we must also pay homage and tribute to the ladies of earth, whose music is extraterrestrial.

A new genre of music has been created by pioneers like NAO, Sinnead Harnett and Alina Baraz. Their cross of electric R&B is lyrical confection, which transports you into an alternate universe.

The concept that ties all these dreamy ladies together is they provide milky ballads similar to that of R&B veterans such as Destiny’s Child and Faith Evans, but fused with contemporary techno style beats.

Sinnead Harnett, 27, fits perfectly into this scene: imagine being at your favorite, trendy coffee shop, dictated by a playlist that could easily venture into funky house music.

Harnet’s 2013 release, “Got Me,” translates this vibe the most vividly. This track features majority house beats with the repetitive ballad of Harnett’s voice, smooth as caramel. Easy yet rhythmic lyrics overlap with the vibey beat. “I don’t know what it is but you got me,” Harnett sings.

This lyric define the song. Subtly yet powerfully drifting into the listener into an ode to the fight for love and affection. The potent message is offset with boppy dance beats.

“It feels so cold everytime I try to reach you out you fade away, yeah and I feel so cold like a minute touring down by I slip away,” she sings. Perfect example of the balance between lyrics with substance and rhythm to mellow the heart.

Lyrics like this turn into golden therapy, remedy for getting over a discouraging lover.

Fast-forward to Harnett’s most recent work, “Rather Be with You,” released in December 2016. Dancey beats remain paired with even more evolved, soulful and silky melodies.

This track features a heavier, deeper set of lyrics while remaining in the classic theme of a love ballad.

“I was halfway up on the wings of a fantasy looking out for love, didn’t know what was good for me,” Harnett sings.

This song shows both Harnett’s maturity as an artist and in her understanding of love as well.

This track creates a dreamier mental picture. As if it’s the theme to a bubblegum fantasy that would play during the happy ending of a fairytale. The soft vocals of the song intertwined with crystallized electronic notes soars it to a cloud nine destination.

Another pioneer of hybrid genre is NAO, a 24-year-old British singer who coined the term “wonky funk,” for the genre.

Playing on mental images to convey the gist is clever and effective.

“You’re a holiday a glass of ocean slipping down my throat and landed on my hopes, I’m dreaming off the maps no hidden grids, I’m fleeing I worship you like holy days lying on my back, seeing clouds and rays drinking lime and bitter from my lemonade. White horses, maritime won’t do,” NAO sings.

A queen of dreamy metaphors, these are the type of lyrics you’d imagine fluttering around post entrance through the pearly gates. NAO effortlessly captures the feeling of worshipping someone “like holy days” into music.

In contrast, NAO’s most recent, 2016, single, “Girlfriend,” connects much deeper to R&B roots. This is the kind of soulful lullaby that tugs at the heartstrings. It creates a dance through the eardrums that spreads throughout your entire being.

It’s the kind of music that causes you to freely sway your head while simultaneously belting those emotional feels.

NAO has stuck to the elements that made up the genesis of her creative individuality: metaphorical lyrics, R&B feelings, and trippy anotic beats.

Like any iconic R&B female vocalist, NAO perfectly conveys the tender emotions of a woman in love, even exploring themes of insecurity of being in love.

“Feels like pretty doesn’t know me, only shows up when I’m lonely, through the tears of imperfection. The mirror knows,” NAO sings.

Harnett and NAO intently abide by the rule that a boss dance session is a wise strategy to mending a fighting heart.

Alina Baraz, a 21-year-old Los Angeles based artist is a young crusader in the R&B electro genre. Baraz’s style is a mix of mellow verses and downtempo electronic instrumental.

Baraz’s latest Jan 2017 single. “Electric,” is a vamped up version of her style, shipping the listener to a glossy planet in outer space.

“Darker than the ocean, deeper than the sea you’ve got everything, you got what I need touch me, you’re electric, babe move me, take me from this place, movin’ to the tempo, show me what it takes speeding up my heartbeat, playing in the flames,” Baraz sings.

Baraz here compares love to a journey to outer space, an image strongly conveyed as the sound of her music is liking to otherworldly vibrations an alien would cultivate.

Going along with the space theme, these alien sisters, pioneering in this craft, are currently our closest touch to the cosmos. Their celestial, vibey tracks shift the act of simply listening to music into a metagalactic experience.