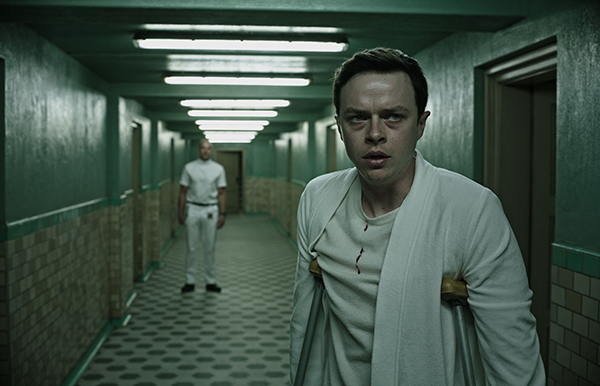 ‘A Cure for Wellness’ experiments with cinematic thriller

Gore Verbinski departs from his action-packed blockbusters and experiments with a dark and moody thriller.

Producer Gore Verbinski, best known for directing the “Pirates of the Caribbean” films, continues his extravagant style in the film “A Cure for Wellness” that moves from being an eerie mystery to a psychological thriller, before evolving into a full blown, over-the-top horror film.

Lockhart (Dane DeHaan) is an up-and-coming New York executive sent to a strange wellness center in Europe to retrieve the CEO of his financial firm, who is receiving “the cure.” Upon his arrival, Lockhart begins to unravel the strange mystery of the wellness center.

Mia Goth puts on a particularly solid performance as Hannah, a young girl who has been at the wellness center her whole life. In a film filled with extremes, her understated performance truly stands out.

The film is visually stunning. Cinematographer Bojan Bazelli’s creative use of negative space and reflective surfaces in low lighting, is coupled with the gothic setting creating deep dream-like images. The viewer’s eyes are lured deep into the space created on screen just as Lockhart is lured deep into the dangers of the center.

It’s the imagery that really makes the film into a great horror movie. There’s no ghosts or demons, but Verbinski still manages to develop a lurking fear in his audience, making them squirm in their seats.

Verbinksi really holds nothing back in the creepy imagery department, as he fills the film with floating bodies, loose teeth, and emotionless doctors. He even manages to make woodland deer an unnerving sight. There is no shortage of horrible imagery in the movie.

Then there’s the eels. The sliming, swarming, slithering things are everywhere in the movie. Living in the water under the center and traveling through the centers pipes to haunt Lockhart everywhere he goes.

Unlike most horror films, which can be fast paced and narrative driven, “A Cure for Wellness” is drawn out; maybe a little too much with a runtime of more than two and half hours. Verbinski tries unnerving the audience, but there are plenty of scenes that simply drag on for too long.

The ultimate downfall of the film is the ending. Verbinski spends the film building this sense of evil and anxiety only to have it explode everywhere, creating a pirates film déjà vu. The ending has an air of a completely different movie.

Despite its drawn out nature and haphazard ending, the movie as a whole is a hidden gem in a genre dominated by ghosts pulling people under beds and girls crawling out of TVs.

If you’re used to Verbinski’s swashbuckling pirates, it’s guaranteed that “A Cure for Wellness” will be the strangest thing in the theater.