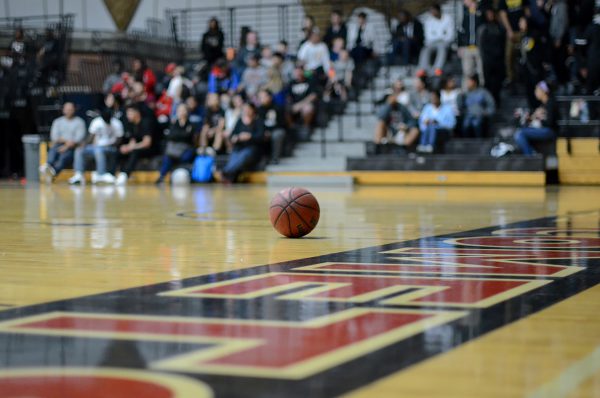 Comets ball out in style

Fourteen seasons of coaching basketball and a philosophy of hard work paid off when Coach Lee Marshall led her team to victory in the first game of the season.

On Nov. 3, the Comets played their first game of the season against Santa Anna winning 76-61. Winning is just a bonus to Marshall who directs her focus on hard work and fast-paced training.

“We try to take it game by game, so the expectation is to get these guys to learn how to play hard,” Marshall said. “You know we are not talking about success in terms of wins or losses, but how hard we are playing in every position, are we playing together, are we achieving our goals at each game.”

Marshall has been on the Comets women’s basketball coaching staff for the past seven years, following her five-year-stint with Orange Coast College and two years as a high school head coach.

After coaching for a total of 14 years, Marshall has come up with a specific practice schedule. Practice includes pressure for 40 minutes, focusing on a really fast tempo and pushing the ball to the offense. Additionally, Marshall feels focusing on defense is the key to a successful game.

Marshall feels that whether a player wants to achieve an A in their class, receive a promotion at work, or simply win a basketball game they must work to accomplish their life goals. That is exactly what she wants the players to get out of the season and their time at Palomar.

“When they walk away from Palomar, our goal is always is to have them understand just how hard you have to work for something that you want,” Marshall said.

The Comets play their next game against Mt. San Jacinto: Marshall’s former team.