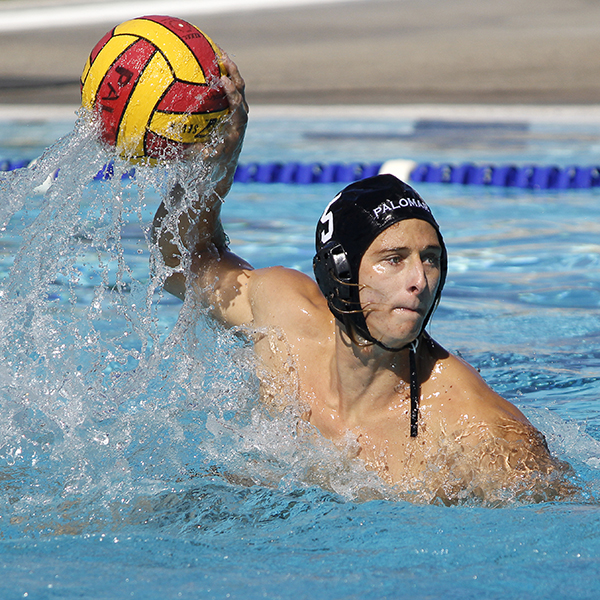 The men’s water polo team is on their way to regionals after winning the Pacific Coast Athletic Conference (PCAC) title. The semifinals against MiraMar on Nov. 4 was a blowout with a final score of 22-12. Then the PCAC championship game on Nov. 5 ended in a nail biter against Grossmont with the Comets coming out on top with a final score of 10-9 through two overtime periods.

Freshman utility player, David Henderson, got his first goal of the season in the PCAC championship game against MiraMar.

“It’s my first year ever playing water polo and I’m excited to get to play with this team,” Henderson said.

“That’s big for a player to get their first goal in a conference game,” Chanove said about Henderson’s first goal as a Comet.

Chanove explained how the first game was not very stressful, but the second game against Grossmont was a tough one.

After coming back and winning the second quarter of the game, the Comets continued their push until the end of regulation, then the two teams continued fighting through two overtime periods until the Comets came out on top scoring the game winning goal to keep their season alive.

Assistant Coach Charles Sommer, explained how Grossmont has one of the best goalies in state, but Comets goalie, Tony Oreb, was the star player in championship game.

“He had a key block that saved us from losing the game,” Sommer said. “It was a two on one situation and Oreb made the block to keep them in the game.”

“Although goalie Oreb played a key role,” Sommer said. “The exciting thing is that all our players performed well, when normally we rely heavily on some of our starters, and actually other players stepped up their play to help us win the championship.”

Oreb was awarded the “Athlete of the Week” award by the PCAC for his save that kept the Comets season alive.

Winning the PCAC title automatically gives them a first-round bye into the Southern California regional championship where they will be playing Long Beach City College on Friday Nov. 11 at 5:45 p.m. at Golden West college. The results were not available as of press time. The regional championship game is a win-or-go-home situation. Win or lose the Comets still have the 2016 PCAC title under their belt.