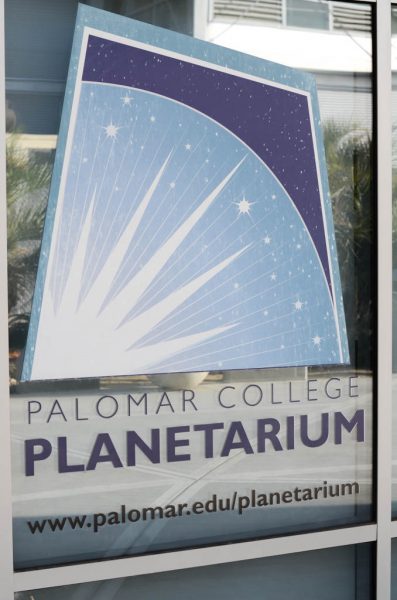 Palomar Colleges Planetarium has added a new full dome show to their featured line up.

“From Earth to the Universe,” directed by Theofanis Matsopoulos, travels through galaxies orbiting beyond earth. The journey explores the brilliant colors and surface texture of planets and the vibrancy of stars, just as an astronaut would see.

“The title captures what the show is about and it takes the audience across space to see everything there is out there in the universe,”Assistant Planetarium Director Scott Kardel said.

The show was created by the European Southern Observatory to promote astronomy where Kardel, along with the help of Planetarium staff, reassembled the show for the college. The original version from ESO was incompatible with the Planetarium’s format and needed to be rearranged. The reassemble took a few months, more than what was originally anticipated, however Kardel said it was worth the effort as it had economical and educational benefits.

“Economics was part of the reason and the film is what we wanted: modern, up to date on what we know about the universe,” Kardel said.

Digistar 5 provides the film precision for detail that can be programmed to observe the galaxy and take the audience on a time lapse a few thousand years ahead with great accuracy. In addition the program also connects to a main network to communicate with other planetariums to share new found data at shows.

“We want people to have fun, not just sitting in a lecture,” Kardel said. “We want to take people places.”

The next viewing of “From Earth to the Universe” will be on Nov. 18 and is among a series of full dome shows available to audiences every Friday evening.

Tickets can be purchased online or the day of. General admission for shows are $6 for 13 year olds to adults and $4 for students, staff, seniors, military and children 5-12 years of age.