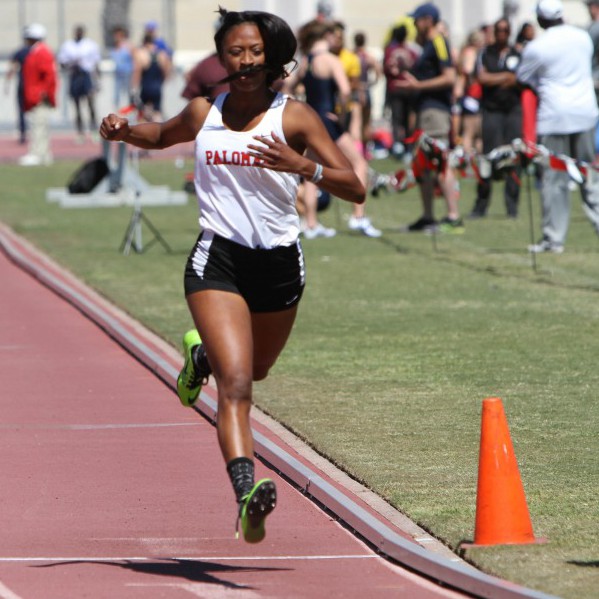 Comets outstanding in the field and track

The Comets’ season began with the Orange Coast meet on Feb. 12. Track is a different breed of team sport because the skills of the individual athletes in the meet cumulate towards a collective group score.

Typically, team sports go against only one other team, so there is a clear distinction between who won and who lost. In track meets, it is very common to go against multiple teams at one time.

The team mostly attends invitational meets; two of them have been scoring meets towards the State Conference. At the Classic Coast Team Invite the Comets finished in third place.

Recently, Palomar has been undergoing renovations to construct new athletic facilities. All this hype falls flat for Palomar’s track team because they are once again left out. Currently, there is no track on campus, so the team must find other places to run at, such as Cal State San Marcos.

“A track would benefit not only the school but the community. It is kind of deflating knowing that they are building all the new facilities and a track is not included,” Coach Williams said.

The eight years Coach Williams has been working at Palomar there has never been a men’s track team, and the women’s team was brought back due to her hire.

A new track must be a priority because it is easier to recruit athletes when they have a place to actually go and practice at. Coach Williams hopes that the future success of her team makes the officials change their minds.

“My biggest goal is to do really well over the next couple of years and just at least make a name for us.” Coach Williams stated.

The team has been improving and is on the right path for winning the conference title. Not only are their eyes firmly set on winning the overall competition, but Coach Williams is excited about next year due to the team being mostly freshmen. This enables Coach Williams with the opportunity to grow and develop these young athletes.

Freshmen athlete Deyanira Lopez is one of the newcomers for Coach Williams. Lopez does a variety of events including team relays, long distance hurdles, and the long and triple jump.

She began long jumping after a fourth grade PE teacher said she had a natural talent at jumping. In her first meet, she was awarded first place, and her coach stated that she jumped the furthest of any of the other girls, including the fifth graders.

Although Deyanira Lopez has been hurdling and jumping for almost 10 years, she admits she used to be lacking in confidence.

“I just learned this: you need to be mentally strong. You need to learn to believe in yourself. Even though you may have doubts,” Lopez said. “Just be committed to the sport. You need good dedication in every little thing you do, and focusing on what you need to work on.”

This year there are two sophomores who have what it takes to make it to the State competition, starting May 20. De’Ondra Young is excelling in the shot put, discus, and hammer throw. She is currently ranked second in the state for the shot put and hammer throw and eighth for discus. This fall, she is transferring to Cal State Long Beach on a scholarship.

Last year, Young went to State in both the shot put and the hammer throw competition. Young has improved by five feet in the shot-put since leaving high school two years ago. This was her first time doing the hammer throw and it is now her best event.

“I am very surprised by how well I did and how much I have improved. Mostly by the event that got me the scholarship, in the discus I’ve improved by six feet.” Young said.

Young commented that if you don’t relax your arms and use your legs for power, you can severely injure your back and shoulders.

“You have to be patient with yourself and trust your body will do all that you have been taught.” Young said.

Young is not the only star athlete to be transferring this fall. Sarah Martinez is contemplating attending San Francisco State to further her education in kinesiology. Martinez competes in several events but her most promising is the steeple chase. With her constant improving, she has the ability to make it all the way to State , according to her coach.

This was her first year competing in the steeple chase event. Her Coach put her in that event so Martinez would just focus on what is in front of her and get out of her head so much.

“I am so in my head when it comes to racing, I train really hard and when I get on the track I kind of over think it. It is definitely a battle every time I get out there to race.” Martinez said.

In the the Antelope Valley Invitational Martinez fell into the water on one of the steeple jumps. Her foot missed the steeple completely and she splashed right into the deepest part of the water. Martinez’s time was jeopardized and she got a 12:48.

Due to the confidence Martinez has culminated from practicing with Coach Williams and the rest of her team, she didn’t let the wet fall in her previous meet alter her positive attitude. She succeeded in ignoring the fear of falling again and improved her steeple chase time by 27 seconds at the Aztec Invitational on Saturday, March 26.

The athletes trust that Coach Williams knows what she is doing and that she only wants the best from them.

“For us, it isn’t only about coaching, it is about mentoring. You are trying to get them to be successful in life down the road,” Coach Williams said.

Comets will conclude their season with final meets before the State Conference. The PCAC prelims starts Wednesday, April 20 and the finals conclude on Saturday, April 23.