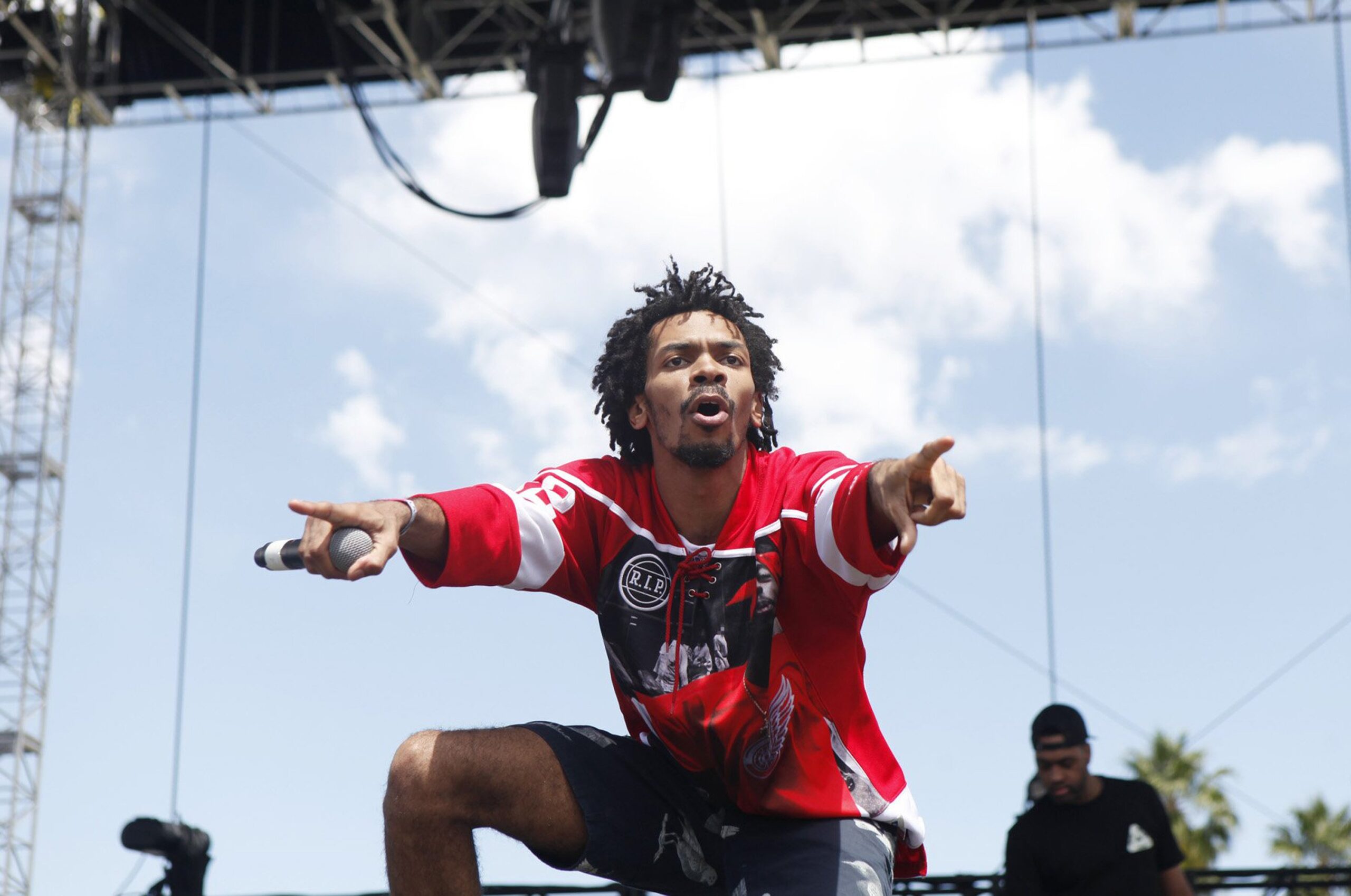 Introduced by a count down on the first track, the Flatbush Zombies launched into their first studio album “3001: A Laced Odyssey” with an immediate introduction stating they “clearly separate themselves from the rest.”

The hip-hop group, comprised of artists: Meechy Darko, Zombie Juice and Erick “The Architect” Elliott, released the album on March 11.

Previously released mix tapes, “Better Off Dead” and “D.R.U.G.S.” established Flatbush Zombies as a dark, psychoactive group. In this new album, Flatbush Zombies clearly reveal their talent as they expand on their style through unique lyrical construction and instrumental development by Elliott, who produced the album in its entirity.

This album is arguably the best work by Flatbush Zombies, as the lyrical content is connected through recurring themes in relation to psychedelic drugs, ghetto living, fame, satan, and heaven and hell. Each instrumental flows between songs smoothly, and the verses from the trio guide along the beats freely.

After being introduced in track one, “The Odyssey,” Elliott continues the track and creeps his instrumental from under a launch as symbols, snares, and bass drums quickly multiply and grow louder. Then, they eventually level out with an echoing sample from Better Off Dead tracks “Nephilim” and “Palm Trees,” arguably the most popular song by the group.

On this track Darko quickly elevates the album with the line “My only mission is to burn in hell and not in prison. That’s why I’m spitting shit that make Jesus question religion.” This gives the clearest direction of the album.

The album then moves on to “Bounce”. The track begins with a guitar with heavy reverb, accompanied by drums, which evolve into a more cinematic beat and end with accompanied piano notes. The three members go from juxtaposing a hippy lifestyle filled with LSD and cannabis, to “m-m-murder”, to dancing with the devil, and dreams of success coming true.

The trio also experiment with slowed tracks like “A Spike Lee Joint,” a lucid instrumental accompanied by lines that create a chilled environment, and “Fly Away” which contains an eerie piano as Meech discusses death, suicide, and escapism; giving a glimpse into the next track “Ascension.”

The audience is later told to “Kick back, and light a fat joint, and enjoy the rest of the Odyssey” as two minutes of electrically edited bongos mixed with piano and other drums, put the audience in a dream like state before the “Smoke Break (Interlude)” where Juice and Elliot discuss smoking and relaxing at a party.

The audience is then honored with the best track from the album “This Is It” which is the end of the Odyssey, but not the album. The drums and samples blend with ease creating an open instrumental for the trio to bounce on. Darko leaves the audience questioning fame with “Will I die from my homicide or will I die from taking too much drugs?”

“Your Favorite Rap Song” concludes the album with the trio statements about where they are headed.

But the most important part of this track is how the trio gives nearly 5 minutes to recorded calls from fans played over Elliots instrumental making a statement that Flatbush Zombies would not be where they are without their die hard fans.