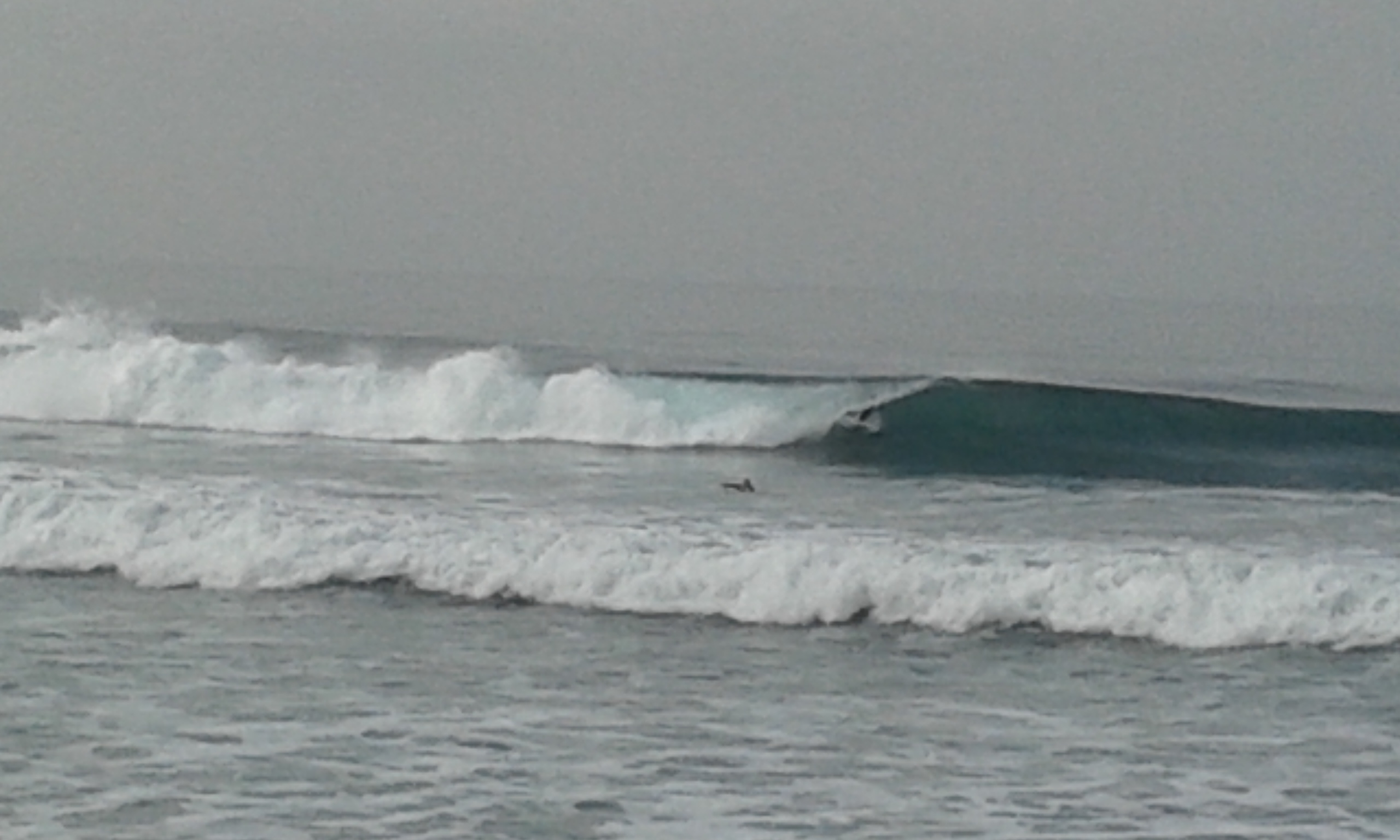 Good Afternoon! After a rowdy session this morning in the water, there is a lot to report. The waves in North County are peaking here in late March, giving those spring-breakers a classic California beach experience. Look for the waves to taper-off later in the week after peaking early.

Where are these waves coming from? If you checked up last week, there was a storm heading our way from the Japan area. The recent waves are a result of that storm, although it broke up and headed North for the most part. Wind-swell and spring conditions are contributing to the general size of the waves, which was reaching between six and eight feet this morning; hence “barrel hunting.” The waves should be back to the normal ankle high rollers we are used to by the end of the week, so take advantage while the waves are here. Besides the steady decline in size, the week will be pretty consistent, meaning no completely flat days. Those spring-breakers lucked out.

Suggestions: Wave shape can pose an issue when the swells reach the heights they have been recently. If you are simply not ready to try to get into the barrel before the whole wave falls over on top of you, it is imperative that you surf at a spot with some bottom structure. Places such as Terramar and Campgrounds in Carlsbad attract quite a crowd during the bigger swells, but it is for good reason. Waves are generally easier to surf when they have more shape, and those two local breaks could at least give a surfer time to cut out over the top of the falling lip, which could mean all the difference. Personally, I already broke a board this week, don’t be next.

Tip: A more obvious tip this week, wear a leash! There are plenty of people in the water (due to the swell and spring break) which means that there are boards everywhere. Do not try to paddle out without a leash (a leash attaches your board to your ankle) in crowds and swells of this size. It is common courtesy; you will eventually lose control of your board, and you don’t know who might be behind you. You wouldn’t want that long boarder in front of you to launch his board at you, so do the same for everyone around you.