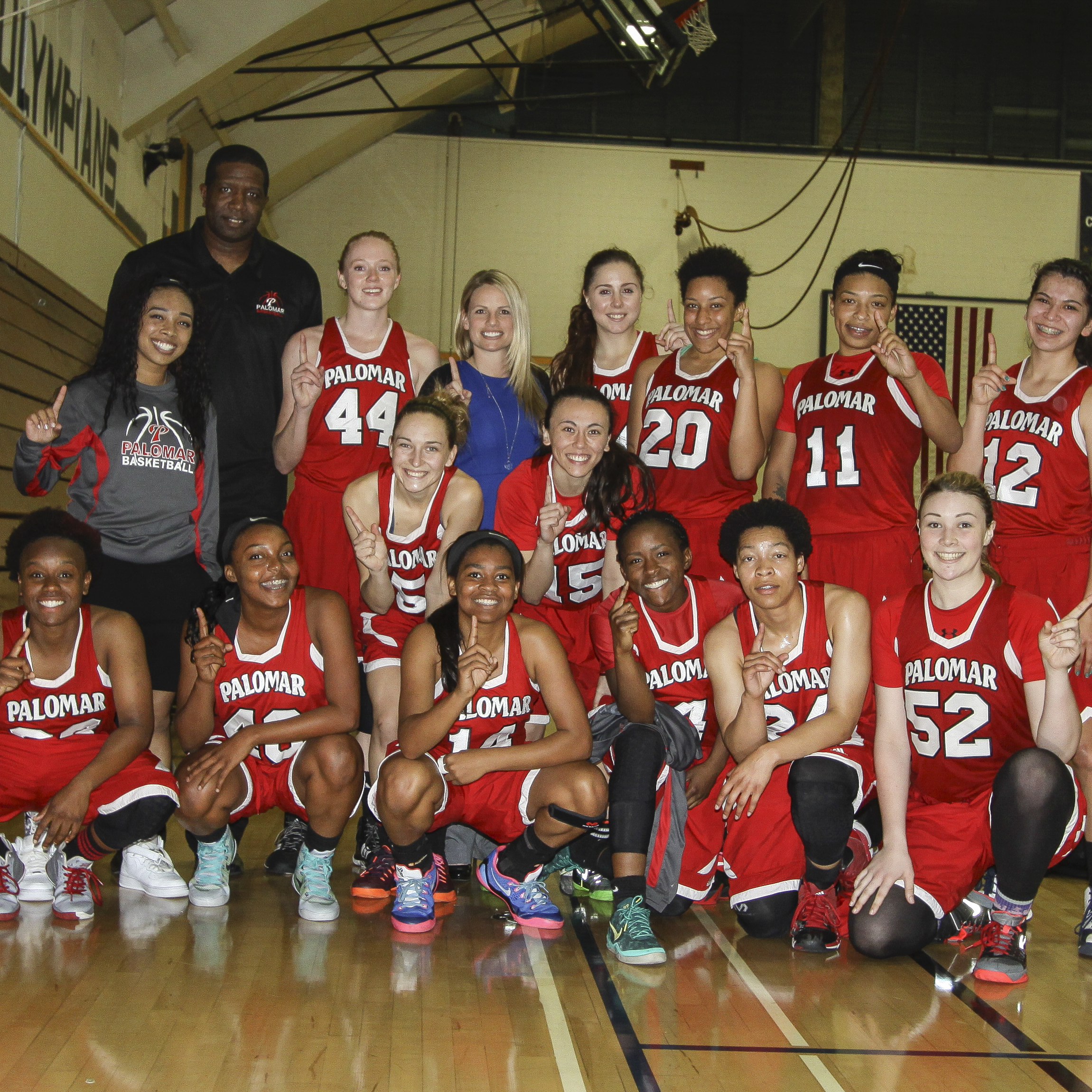 Comets have a banner year with record season

Coming off a year in which they missed the regional playoffs by a technical error, Head Coach Leigh Marshall and her Palomar Comets basketball team were looking forward to erasing that bad memory.

With the addition of these two, and a chip on their collective shoulders, the Comets played their way to their best season in school history, finishing with a 26-4 overall record (13-1 Pacific Coast Athletic Conference) and getting within six points of making it to the state Final Four.

For their superhuman efforts, Coach Marshall was named California Community Women’s Basketball Coaches Association Coach of the Year for the Southern region; to add to her PCAC Coach of the Year award. Cox, who finished 11th in the state in scoring with 18.5 points per game, was named PCAC Player of the Year while Allen, Jessica Scott and Tessa Balcom were named to the all-PCAC First Team. Lee Lee Tomlinson, the starting point guard, was an all-PCAC Second team selection.

This year was a banner year for the Comets, who won four games by 50+ points, including a 101-39 road win over Imperial Valley College. The team won the PCAC title outright, earning themselves a first-round bye in the regionals. In the playoffs, they beat Long Beach City College at home before traveling to Ventura College and beating the defending state champion Pirates, earning their first-ever birth into the state Elite Eight.

The Comets ended up losing to eventual state runner-up Mt. San Antonio College, who were 32-0 going into the game. But the loss will never be able to take away their accomplishments for this season.