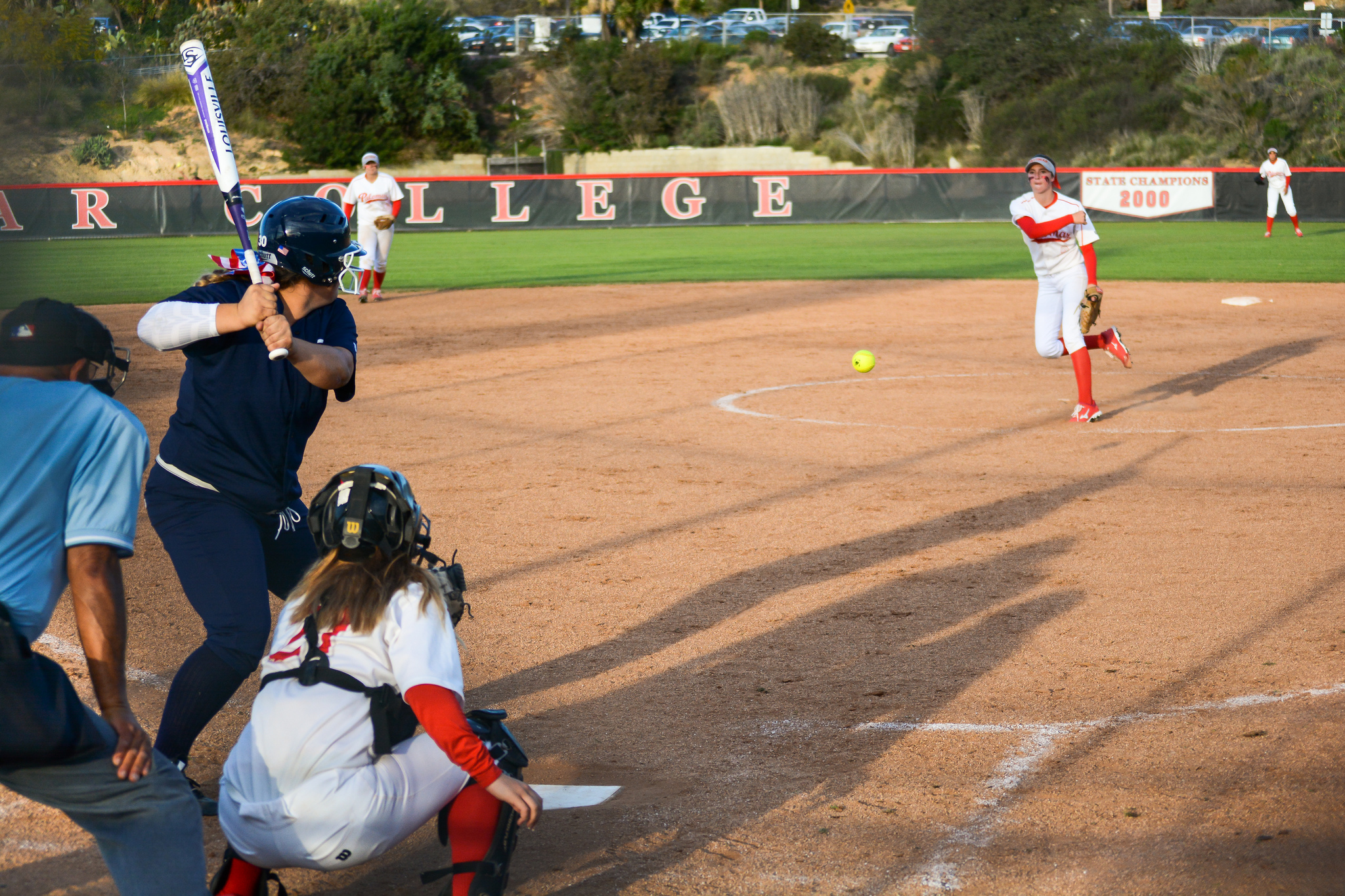 Down at the diamonds: Palomar Baseball & Softball

The powerhouse that is Palomar’s baseball team notched up its eighth consecutive victory on Friday as they defeated San Diego Mesa College 10-0 at Myers Field. In a two-hour game that was moved up from it’s scheduled Saturday start due to expected rain in the forecast, the Comet’s offensive barrage 3 runs each in the 3rd, 5th, and 8th innings saw Palomar improve its record to 12-3 (3-0 conference).

Cleanup hitter Frank Christy had a day to remember as he went 2-4 with a homerun and a double,  totaling 6 RBI’s. Christy’s home run, his fifth of the season, started the scoring in the third inning as he powered it over the fences against Mesa pitcher Joe Daluz. Pitcher Jake Barrett picked up his third win of the season, pitching 7 innings of shutout baseball.  Third baseman Vince Mori went 3-4 at the plate while shortstop Dylan Breault’s 8th inning triple drove in two of the Comet’s final runs.