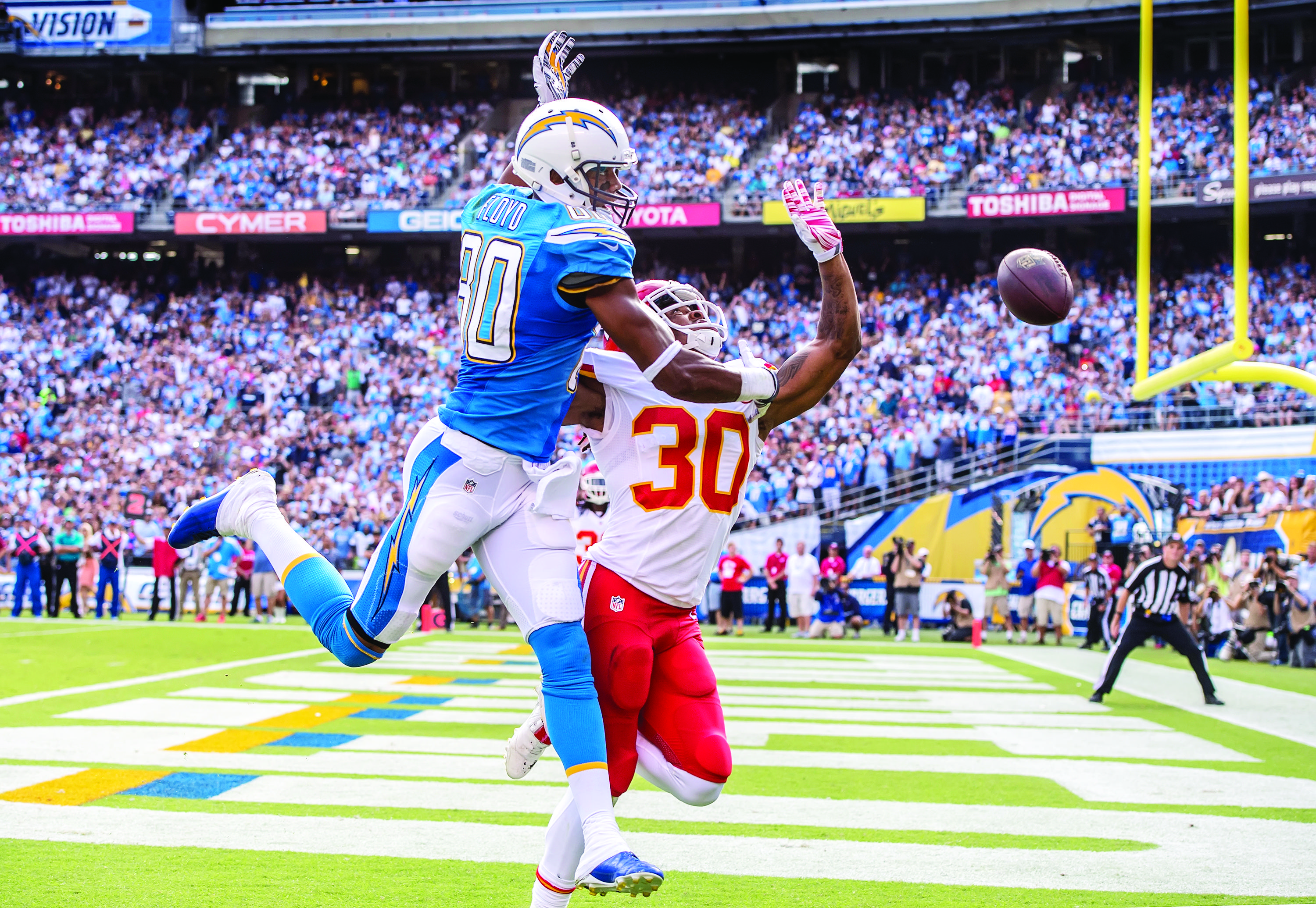 Home to one of three of the oldest football stadiums in the United States, the Chargers’ Qualcomm Stadium is nearly as old as the team itself, reaching its 50th year mark in the next three years.

That’s not a good thing.

With the recently christened Levis Stadium, home of the San Francisco 49ers, and the proposed stadium, Farmers Field, in downtown Los Angeles, the San Diego Chargers are left with their aging stadium that San Diegans have no intention of forking up the money to renovate, let alone funding for a new one.

Qualcomm Stadium has a prime location near local freeways and a parking lot unrivaled for one of the best tailgate locations around, however those sum up the pros for the stadium. The brutalist-designed stadium is just that, brutal to eyes. The concrete behemoth surrounded with more concrete with its enormous parking lots is a huge, gray eyesore for the city.

The stadium itself is structurally built for a better baseball viewing experience where the seats flow away from the field. This experience was designed when the Padres once shared Qualcomm before Petco Park was built downtown. The aging stadium is also prone to flooding on the field and in the stands from backed up drainage systems during heavy rains. There are also several visible cracks seen in the concrete around the stadium, which calls to question whether the structure would be structurally sound in case of an earthquake.

Qualcomm Stadium is also technologically behind when the NFL is foraging a path to get the audience closer to the game. The stadium isn’t structurally equipped for high-definition video boards, electronic signage or even mobile connectivity for coaches and audience members when trying to provide a heightened viewing experience for the audience.

On top of all these structural and technological drawbacks, the lack of amenities is one of its biggest economical drawbacks.

With its lack of luxury boxes and updated concessions, Qualcomm has seen music concerts and events passing them up for the much smaller Viejas Arena, because of their more modern offerings. These events and amenities generate a greater portion of profits seen in stadiums when the Chargers only host about eight games a season.

With Farmers Field eager to take in a NFL team, it seems probable that San Diego will lose its football team to the second largest market in the country if a new home isn’t built for the Chargers.

A new stadium for the Chargers in the downtown area will do what Petco Park did for the area in 2004. While Petco Park revitalized the area with new economic growth and residential developments, the new Chargers stadium will offer a solution for the much needed convention space expansion the San Diego Convention Center is seeking.

The stadium will see a technological leap compared to Qualcomm, bringing the stadium up to par with others in the league as well as being able to host several entertainment events with its retractable roof plan.

The stadium will also add to San Diego’s downtown scene, creating a new arhitectural character to its historic background, not to mention the opportunity it has to host one of the biggest revenue generating sports events, the Super Bowl. That is an event that won’t see the light of day again in this city unless a new stadium is built.