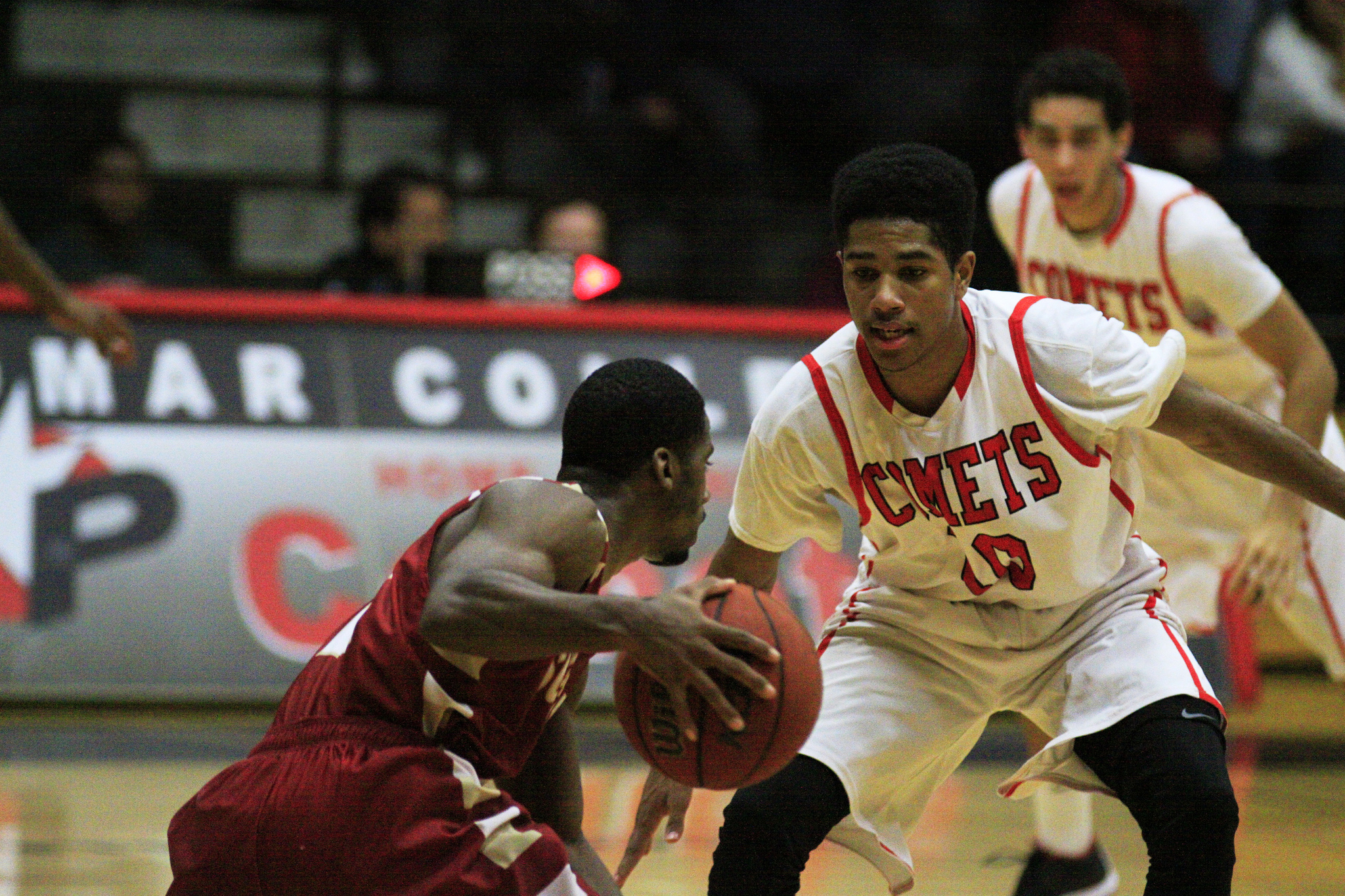 The winter season is fast approaching, and with that comes the start of basketball season for the Palomar College Comets. The men’s and women’s teams tip-off on Thursday, November 6; with the men’s squad going up against Santa Barbara City College in Ventura College’s We Play Hard Tournament, and the women’s squad playing at Santa Ana College.

Both teams are looking to reclaim their spot as the top basketball teams in the Pacific Coast Athletic Conference; each won the men’s and women’s conference championship in the 2012-13 season.

The men’s squad, led by longtime head coach John O’Neill and second-team all-PCAC North selection Jeremy Franklin, hope to improve on their 2013-14 season. Last year’s team went 21-10 (10-2 in the PCAC), making it to the Southern California Community College Regional Playoffs, losing to Chaffey College in the third round.

The women’s team, led by head coach Leigh Marshall, have a tougher road ahead of them. After winning the conference championship in 2012-13, the team slipped to 16-11 (11-3 in the PCAC), missing the regional playoffs. The Lady Comets will also be without first-team PCAC members Mikaela Stanton, Maureen Fegan and Bianca Littleton, who have all transferred to four-year universities.