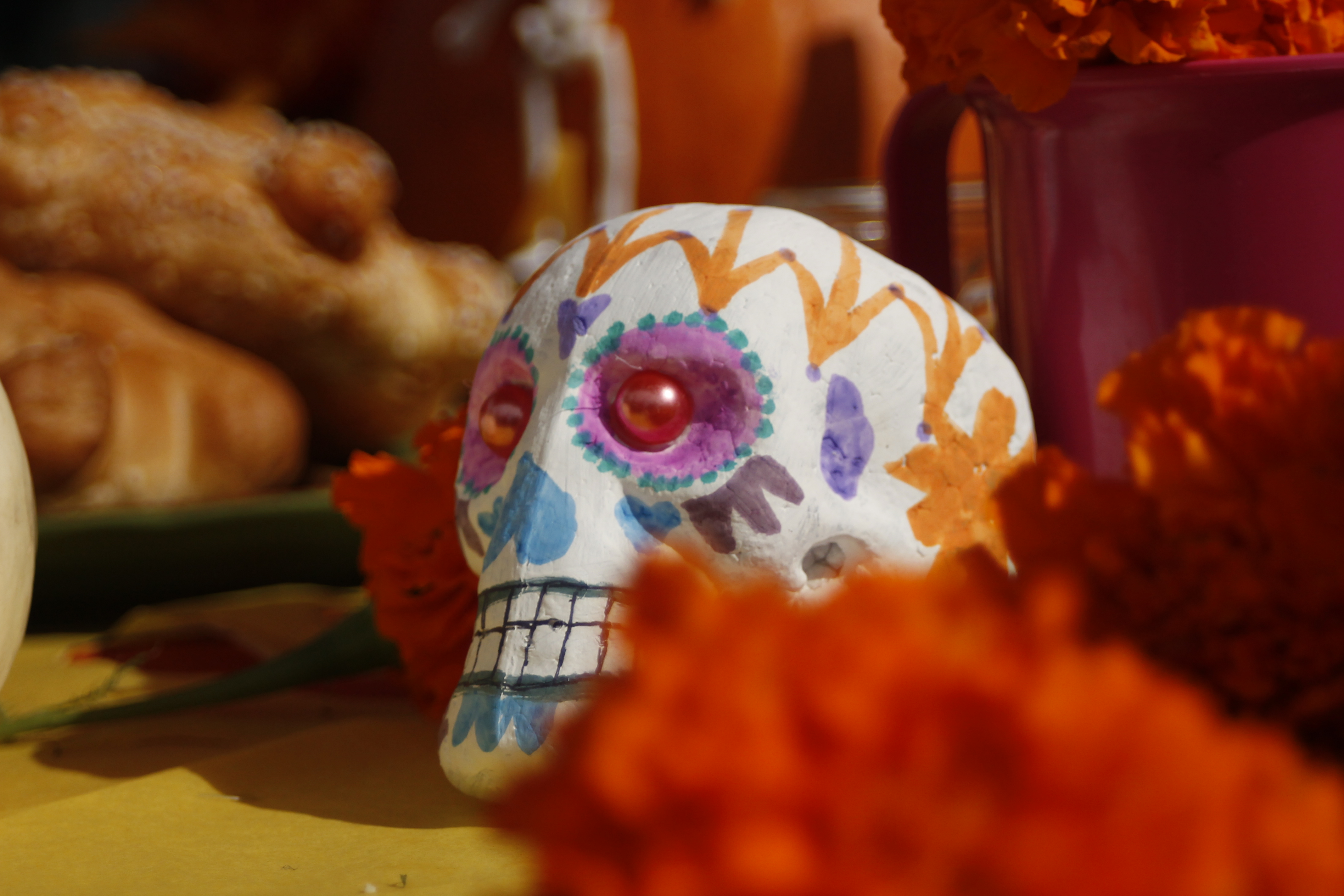 Spooky Halloween music, a vibrant emcee luring students to participate in games, and students dressed in their Halloween costumes going from booth to booth was the scene that filled the Student Union at Palomar College Oct. 30 during Halloween Escape.

The event is a tradition at Palomar College, hosted by the Interclub Council annually to bring the spirit of Halloween to students and faculty.

Despite the holiday being one day away, students dressed up in costumes and a variety of Halloween-themed music and upbeat pop music filled the air, bringing in the spooky vibe of the beloved holiday a little early.

Santiago Martinez, representative of the MEChA club on campus, said the event is for students to have something fun to look forward to on campus and “to celebrate Halloween and get the students more involved.”

He said that students often don’t feel like attending school but hosting fun events like this allows them to have something fun to look forward to.

“The more events we have on campus, the more motivated students are to come on campus … that’s what college is about,” he said.

The ambiance at the event was very upbeat, with a lively and energetic emcee known as “Big Sid” Matlock spreading his energy to engage students in games like musical chair.

“Hey you! You don’t want to eat, you want to play musical chairs!” he shouted to one student eating Subway in the tables near the Student Union, attempting to convince the student to get involved in the game.

“Hey, what would Jesus do? Jesus would play musical chairs!” he shouted at another, redirecting his attention to a member of a religious club in a booth across from him. He convinced the woman to join the game and she ended up as a finalist battling for the last chair.

“We need more events like this to bring the student body together,” Matlock said.

He added that it’s a great event to have on campus if it is used in a more positive manner and said he was honored to be a part of it.

Some of the students, too, said they were happy to be a part of Halloween Escape and be able to dress up as a different character on campus for a day.

“It gives me the opportunity to be someone I want to be once in the year,” Christian De La Torre said.

The student strayed from more popular costumes and instead went for an original ‘plague doctor’ costume inspired by a tale from the 17th Century.

Tommy Mok, another Palomar student, dressed up in a long, olive-green, hooded robe and roamed around the booths as he interacted with students and club members alike.

“I like to dress up and be all goofy,” Mok said.