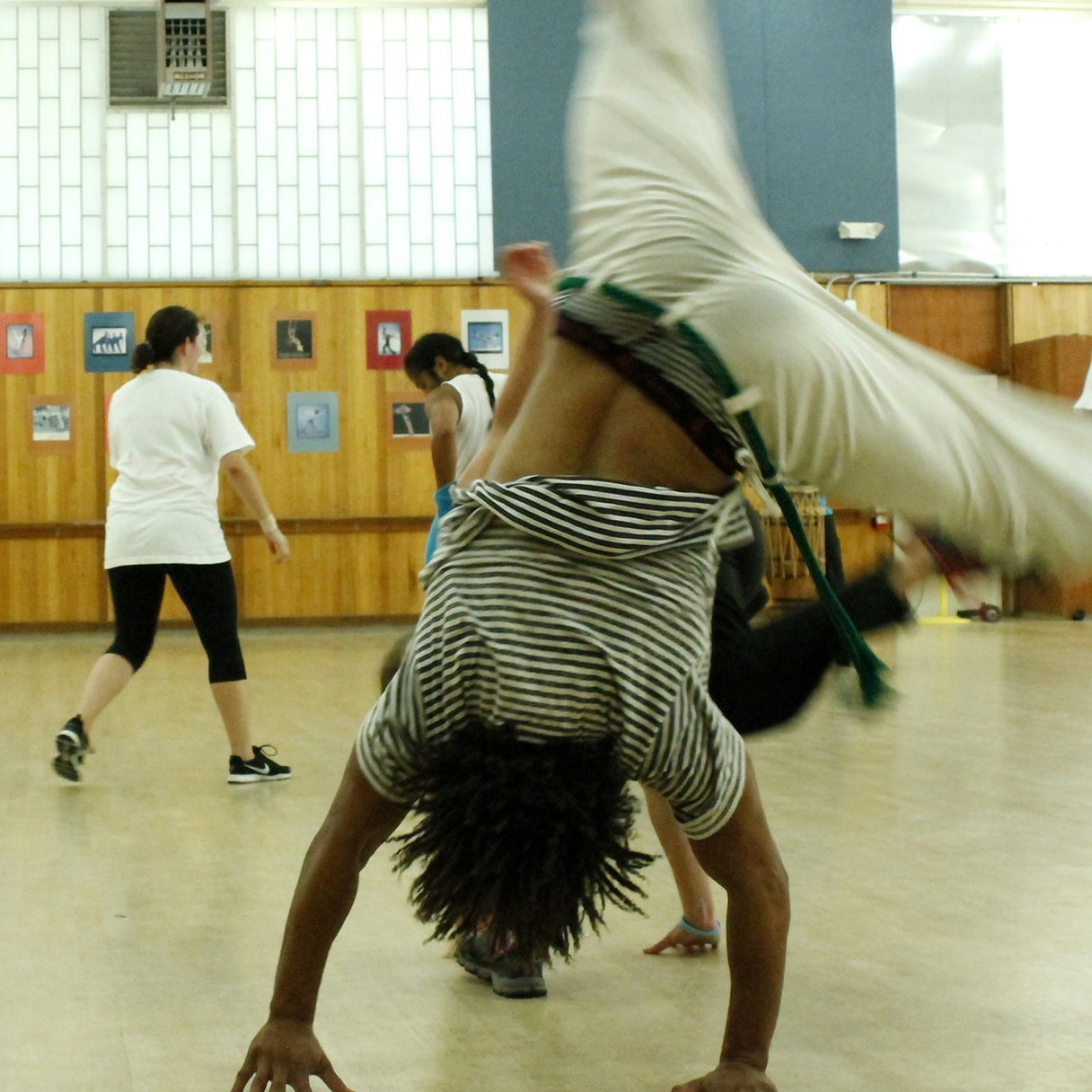 The class, which takes place on Tuesdays and Thursdays in room 0-2, is much more than a dance class, it is an open window to the art of Capoeira and authentic Brazilian culture.

Fonseca’s class not only focuses on teaching students the art of Capoeira – a fusion of dance and martial arts – but it also seeks to familiarize them with the culture of Brazil and furthermore immerse them into this culture.

As the class begins, students warm up by gathering in a circle and chanting in Portuguese to the sound of the Brazilian instruments being played by other students such as a berimbau and pandeiro which is similar to a tambourine.

Following this warm up, students pair up to practice Capoeira with the guidance of Professor Fonseca, switching partners every few minutes. Fonseca uses counts to direct the students’ exercises and students count along, so they are learning both a cultural dance and language in the process.

The factor that sets the art of Capoeira apart from other dance forms is that it is neither a dance form nor a martial arts; it is the harmonious unison of both.

Adio Diloreto, a 24-year-old digital media major and one of Fonseca’s students, said he likes this course because he loves martial arts so for him, it’s “more of a martial arts standpoint.”

Royce Benford, another student in the class, explained why this class is a good alternative to martial arts.

“I really like the incorporation of martial arts except there’s no contact, so I’m not getting beat up and it’s something I’m having a lot of fun with,” Benford said.

For many students participating in the class, it is their love of martial arts that roused their interest for this course, some students said.

Students also said the class allows them to participate in authentic Brazilian practices, such as Brazilian music making and practicing the language while engaging in their Capoeira routines.

“I like that he’s actually from Brazil, so you’re getting the authentic feel for it,” Diloreto said. “I like that you get to learn Portuguese, too.”

As the students practice Capoeira on the dance floor, Fonseca encourages them to “feel the movement” to improve their skill, which visibly increases the students’ efforts on the floor.

Alexia Gee, 20, describes the class as “very energetic,” saying that “everybody is cool with each other” and that “it’s like a little family.”

Toward the end of the class, students gather in a circle called a “roda” and once again chant and play the instruments. They take turns entering the center of the circle to perform Capoeira pieces while their classmates clap and joyfully chant – a genuine jam session.