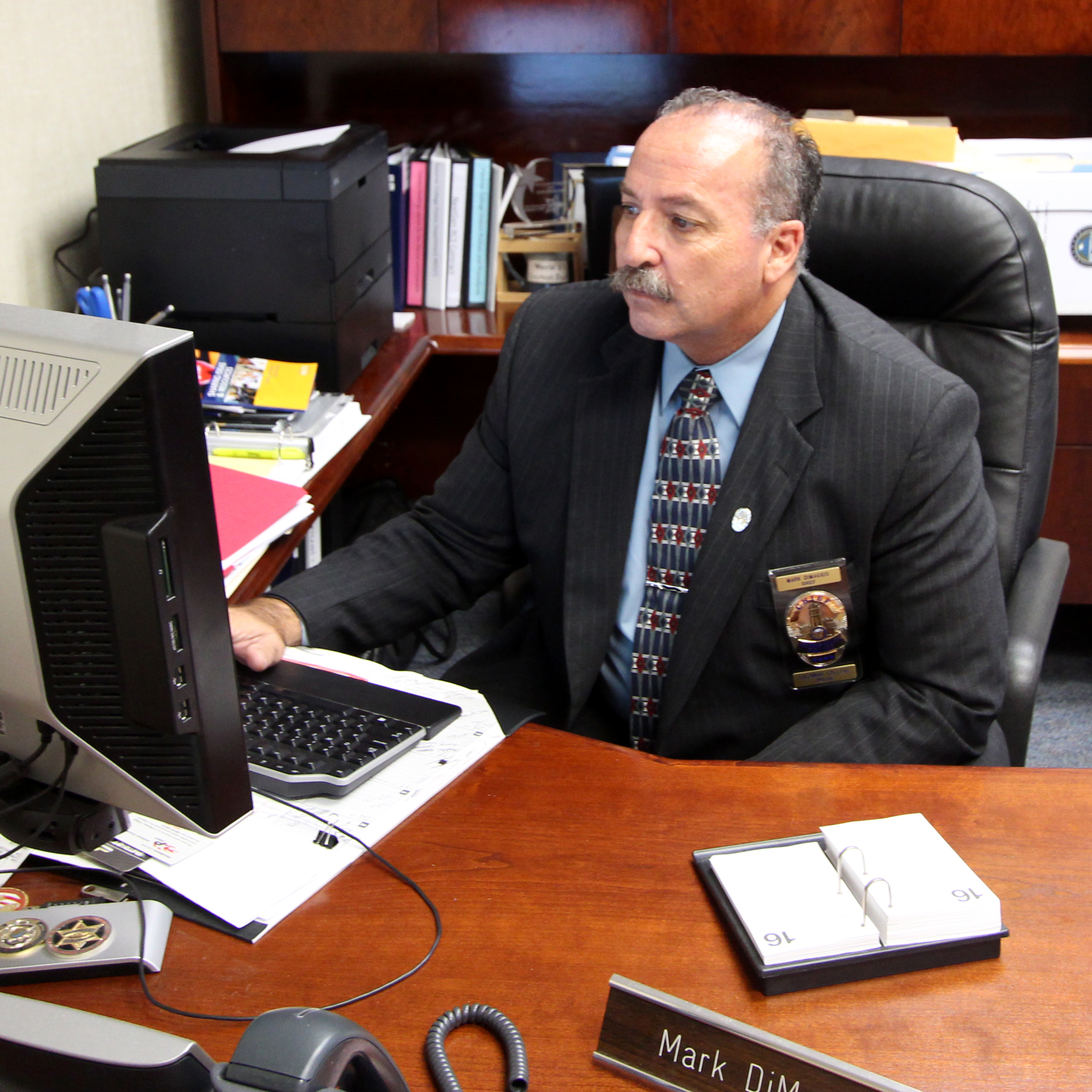 Palomar College has a new police chief who said he has great plans for the campus community.

During his time at the school, DiMaggio collaborated with several law enforcement and first responder agencies to ensure a safe environment for the campus population.

Prior to the position at Mt. SAC, Chief DiMaggio spent 24 years with the Riverside County Sheriff’s Department, serving in various areas during his tenure and achieving the rank of Captain.

Since arriving to Palomar in May, Chief DiMaggio has made it an objective to train his staff of officers to respond to any type of emergency that could occur on campus.

DiMaggio said he is looking forward to serving the Palomar community.

“This is a wonderful environment here,” he said. “The students, staff and faculty are all great people. Being involved in higher education law enforcement, it’s very important to me to provide a secure environment for the students and faculty.”

DiMaggio has also spent the past 18 years teaching Administration of Justice courses at Riverside and Mt. SAC community colleges. In addition, he served four years as the School Resource Liaison for the Riverside Office of Education during his time as a lieutenant with the Riverside Sheriff’s Department.

The experience gained from working in various areas during his career will help DiMaggio adapt quickly to his new position at Palomar.

“It gives me all that leadership ability to manage not only my staff but to work within the community itself,” he said.

Palomar College President Robert Deegan agreed that his background will help DiMaggio in his new role.

“(DiMaggio) brings a wealth of experience to the campus,” Deegan said. He is a very energetic, student-centered police chief who is already doing an outstanding job, he added.

He also has command over Palomar’s satellite campuses around the county and has made it a priority to work with the local law enforcement in the areas.

“It’s nice to have that interwoven connectivity with all those parties that are involved in case anything were to occur. Ultimately, we have this mutual respect where we can all work together.”

Another key that the new police chief highlighted is establishing a great relationship with the Palomar community.

“I have an open door policy so anytime if students want to come talk with me about any of the concerns they have or something they think that can better this entire campus environment … Let’s work together, that’s really my key,” DiMaggio added.