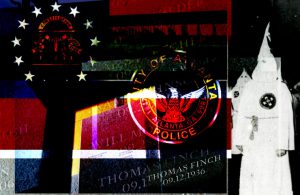 In 1936, an African American man named Thomas Finch was shot and killed by an Atlanta police officer who later became leader of the Ku Klux Klan. Very little was known publicly about Finch’s death until his name appeared at a new memorial to the victims of lynching. In our first story, Stephannie Stokes of WABE investigates what really happened more than 80 years ago and why the city of Atlanta and its police force never have recognized the case.

Then we revisit a story from Radio Diaries about the execution of Willie McGee, who was put to death in Mississippi’s traveling electric chair. Years later, his granddaughter went searching for the truth. The case has been called a real-life “To Kill a Mockingbird.”

Listen to the podcast