I Can’t Breathe – On the Media 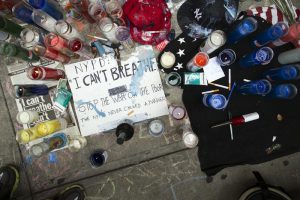 Four years ago this week, on July 17, 2014, Eric Garner died in Staten Island at the hands of a New York City police officer. We probably wouldn’t have known if it hadn’t been for a cellphone video that captured his arrest, the excessive force that killed him, and his final words. The national media couldn’t look away, until they did look away.

Matt Taibbi is a journalist and author of the book, I Can’t Breathe: A Killing on Bay Street, an exploration of Eric Garner’s life and death in the media — and of his real life, too. Brooke spoke to him last year.