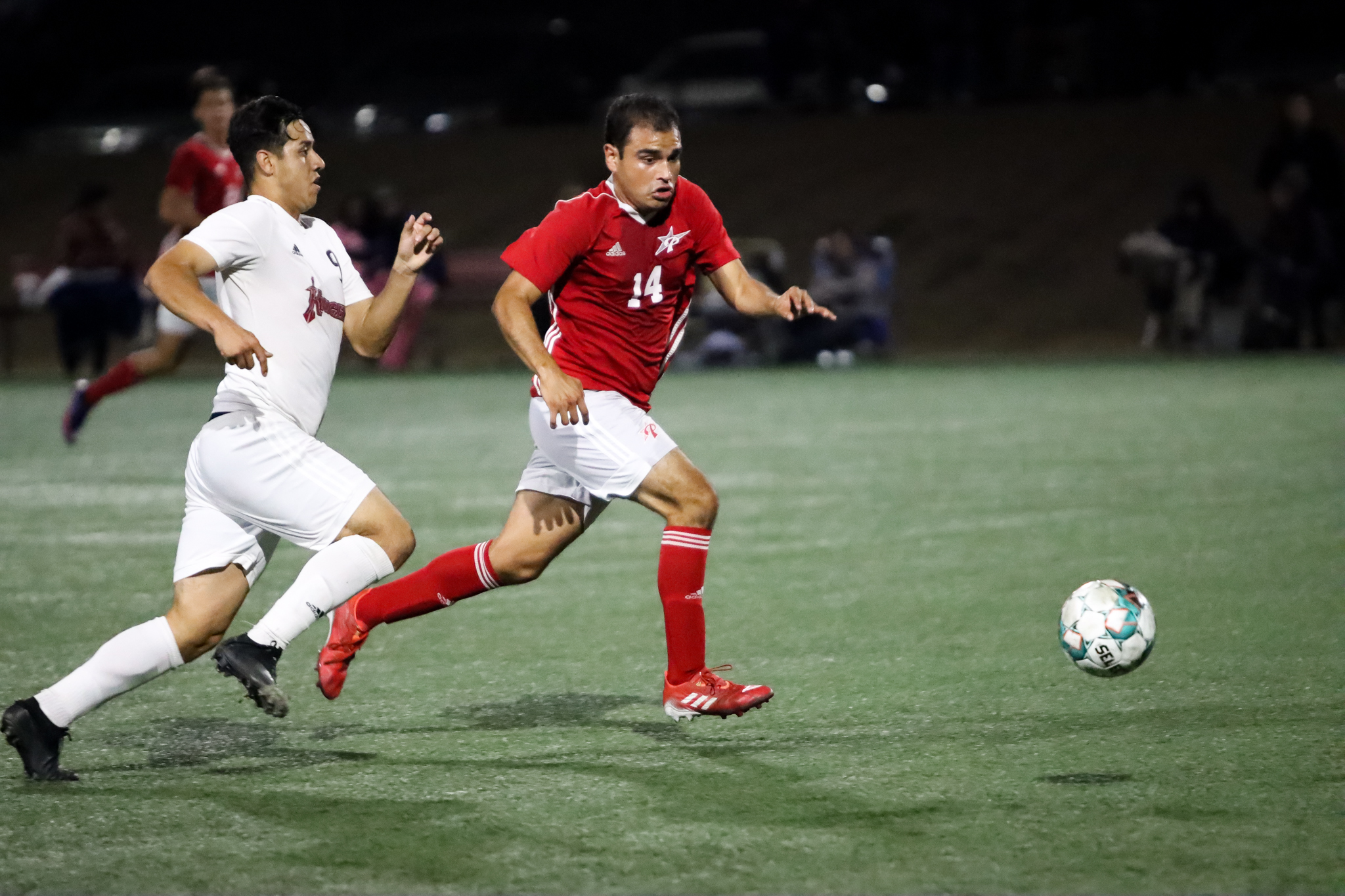 The The California Community College Soccer Coaches Association, or CCCSCA award is a proud award that is offered to student-athletes who strive not only on the field but in the classroom.

For the student-athletes to qualify for this award they must have completed at least 24-semester units or 36 quarter units while maintaining a cumulative GPA of 3.3 or higher.

The winners are Josef Duenas, Seiwa Kawano, Thomas Marques, Brain Ojeda, Joseph Torres, and Dustin Vena. These six players were chosen not only because of their performance on the field but also in the classroom.

“I think I was chosen because I worked hard and my GPA showed it.” said Vena in an interview via iMessage.

Dustin Vena, #24, is a sophomore at Palomar College, who plays right-back for the comets, but it is his first year playing soccer here at Palomar.

Vena had this to say when asked about his future of playing at the next level, “I would like to play at a four year and I’m not exactly sure which school yet but I would like to stay in the state of California. I have been in contact with Sacramento State and I love the area.” said Vena via iMessage Interview.

Vena is said to be “A hard-working honest kid, he comes to the field, works hards, I’m sure he does the same thing in his classes, a quality individual.” according to Coach David Linenberger in an interview.

Brian Ojeda, #14, is a sophomore here at Palomar College. Ojeda plays defense for the comets and would like to play at a four-year university.

“I would like to play in a four-year, preferably UCI, because they have a great program and my major.” said Ojeda via Instagram interview.

“I was chosen because I put in the work in and off the field,” Ojeda stated when asked why he believes he was chosen for this award.

Furthermore, these six students have shown tremendous amounts of work on and off the field. They showed this by having at least a 3.3 GPA in the classroom and playing a major role on the team. These students look to keep competing on and off the field to make their future as bright as possible.

To support the Palomar men’s soccer team, click here to view a schedule of upcoming games.